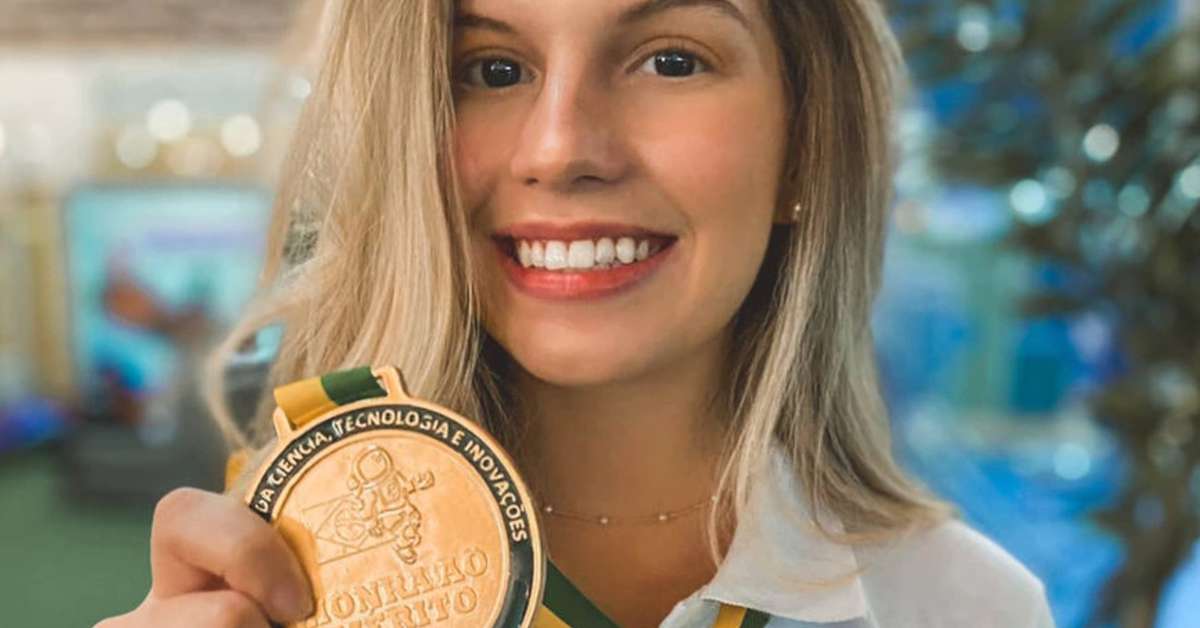 Brazilian discovers 25 asteroids for NASA and is awarded

Before the American movie Don’t Look Up, in which two astronomers discover a meteor on a collision course with the Earth, breaking audience records, the Brazilian student Verena Paccola, 22, had already made an impressive discovery, and in real life. The young woman from Indaiatuba, in the interior of São Paulo, who is doing her second year of medicine at the University of São Paulo (USP), discovered 25 asteroids while participating in a project by NASA, the American space agency. One of these celestial bodies, according to her, could collide with our planet.

Unlike what happens in the film, in which authorities refuse to recognize scientific evidence, Verena’s discovery was classified as “important” in NASA’s Asteroid Hunt program and the Ministry of Science, Technology and Innovations (MCTI) of Brazil.

In December 2021, the student was awarded a trophy by the coordinator of the NASA program in our country and by Minister Marcos Pontes. “Many analyzes are still needed to calculate the asteroid’s orbit, its dimensions and the risks in an eventual impact. What is already certain is that I intend to continue monitoring everything”, she told the Estadão.

Verena has a history of excellence in several areas of knowledge, having participated in robotics championships and neuroscience olympics, but she is surprised by the repercussion of her discovery.

It all started in 2020, when she was preparing for the entrance exam, dreaming of a place in the Medicine course at USP in Ribeirão Preto. “I wanted to study something other than high school content and applied to the asteroid hunting program. I was accepted and did online training to learn how to analyze the images of the universe that NASA sent me.”

The photos were taken by a telescope installed in Hawaii and sent to the student, who analyzed them in search of moving bodies, using software provided by the program.

This is how she observed celestial bodies that could be asteroids – rocky, metallic-structured bodies that orbit the sun. Based on its reports, initially passed on to Harvard University, the American agency confirmed the discovery of the asteroids, among them one that NASA considered the most important.

It’s a find like the one in the movie, even though they’re different celestial bodies, she says. “In the movie, there is talk of a comet. What I discovered is part of a group called a weak asteroid, which moves slower and can collide with Earth. In fact, it was all so recent that I still haven’t time to analyze which of the 25 asteroids this would be, but NASA and the responsible bodies have already carried out a monitoring, because they were the ones who warned me of the great discovery”, he said.

This analysis, according to the student, is carried out by several astronomers around the world. “It takes several observations of the same asteroid over the years. All data are collected by Harvard University and sent to NASA,” he said.

She will keep in touch with those responsible for the asteroid hunt and intend to closely follow this investigation, which will indicate the size of the asteroid, the period in which it should approach Earth and the possible impacts on our planet. The study may take several years.

Once the documentation comes out, like other scientists, she hopes to be able to name some of these asteroids. “I already have a few names in mind. The first is my grandmother’s, Rochele Paccola, a person I’m very attached to and there isn’t a day that I don’t talk to her, even if it’s by video. on an asteroid, just like my mother, Nathalia Paccola. She and my grandmother raised me practically on their own. As I am studying medicine at USP, which has always been my life’s dream, since the appointment will probably come out along with my graduation, I think also honoring USP with the name on an asteroid”, he said.

Since she was very young, in Indaiatuba, her hometown, Verena had already cast questioning and curious looks at the world. While other children brought toys to school, she preferred to have a microscope. “I would put ants and tree leaves under the lens to analyze and I already felt a bit of a scientist”, he recalls.

At age 7, she wore a lab coat and played doctor. Verena attended high school at Unicamp’s Colégio Técnico de Campinas, and graduated as a nursing technician.

After completing high school, she developed research in the area of ​​Computational Neuroscience for people with Autism Spectrum Disorder, at Hospital Albert Einstein, for one year.

In 2019, she was accepted at the University of British Columbia, Canada, and spent a year in that country. Upon returning to Brazil, the country was already experiencing the anguish of the pandemic, which did not prevent her from getting a place in medicine through the Unified Selection System (Sisu).

The success in her foray into astronomy did not shake Verena’s conviction of being a doctor, but opened new perspectives for the young student’s future. “I have no doubts about medicine, as it has been my dream for as long as I’ve known myself. Until now, I’m moving towards the area of ​​neurosurgery, which is the one I like the most. About astronomy, it’s an area for which I’m working a lot of encouragement now. I even had meetings with the president of the Brazilian Space Agency (Carlos Teixeira de Moura) and I was able to talk to him about space medicine, which is an area I had never delved into. Now, I’m going to do more research, talk to professionals of the area and understand what the day-to-day work of a space doctor is like. Who knows? I don’t know what the future will be. I still have a lot of study ahead of me.”

Verena watched the movie Don’t Look Up and found the coincidence with his research interesting. “I discovered the important asteroids and this movie came out. I think some scientist working on this was behind the camera. The program used to find the coming comet is the same or very similar to the one I use. They mention the center of Harvard that analyzes this data and the NASA office that deals with it. I thought this scientific part of the film was really cool and it married a lot with my discovery”, he said.

In the fiction in which director Adam McKay features astronomers played by Jennifer Lawrence and Leonardo DiCaprio on a tour of the highest levels of government and the media to warn humanity of a meteor that will destroy the earth, the scientific evidence they show is not taken away. seriously – not least because the focus is the upcoming elections.

In real life, the student expects science to prevail. “One of my biggest dreams in life is to see science being valued in our country, because scientists are not valued. I wanted people to become aware of how important science is, of how much science does not allow opinions, because it works with data concrete,” he said.

She also hopes to contribute so that young people and women who dedicate themselves to research are valued. “I think the virality of this news (about her discovery) is very cool to encourage other people to research more and see that it is possible to do science, even though I’m young, even though I’m a woman. Being a woman in any area is not easy, but in science.. We see for the Nobel Prize, most are men, I think 80% or more. For me to be here and show that it is possible for a young woman to do science, I think it is important to give this visibility and for the next generations to engage, research more and see that this is possible. Who knows, we might not change the Brazilian thinking of not valuing the scientist and of thinking that science allows opinions”, he asks.

Raju has an exquisite taste. For him, video games are more than entertainment and he likes to discuss forms and art.
Previous Toyota Yaris 2023: pros and cons against VW Polo and Honda City – 01/14/2022
Next ‘My love’· TV News