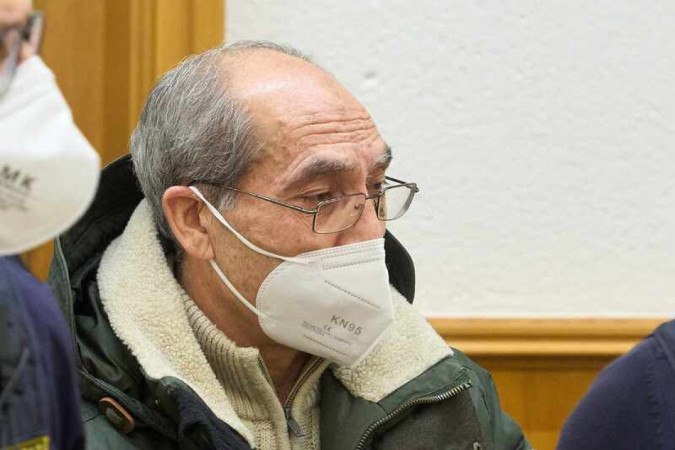 For 497 days, Anwar Raslan — then a Colonel of State Security and an intelligence officer for Bashar Al-Assad’s regime — ordered and supervised the murder of 58 prisoners and the torture of another 4,000 in the notorious Al-Khatib detention centre, better known as “hell on earth” in Damascus. The prison facility was run by Branch 251, a branch of the General Security Directorate (GSD), one of Syria’s four intelligence agencies and of which the former soldier was a part. For the crimes committed between April 29, 2011 and September 7, 2012, Raslan, 58, will have to spend the rest of his life in jail. Yesterday, the High Court in Koblenz, in western Germany, sentenced the Syrian to life imprisonment. It is the first time since 2011, when the popular uprising in Syria began, that the justice system has punished violations attributed to Al-Assad.

In its verdict, the court recognized “an extensive and systematic attack against the civilian population” by regime forces starting in March 2011, when pro-democracy demonstrations erupted in Syria. Hearing the judge’s sentence in Arabic, Raslan showed no emotion.

The UN High Commissioner for Human Rights, Michelle Bachelet, highlighted that the German court’s decision is “a historic leap in the search for truth, justice and reparations for the serious violations of human rights perpetrated in Syria for more than a decade”. . Raslan even defected and fled to Germany, where he applied for asylum.

One of the witnesses during the historic trial, Firas Fayyad was shaken when he spoke to the Post. “My life has flashed before my eyes in the last five hours. Every detail of my experience is very painful,” admitted the filmmaker, who was locked up for two and a half months in Al-Khatib, where he was tortured by Raslan and sexually assaulted. “Today, I try to live in peace, like a normal person. I thank Germany for taking our suffering seriously and for having built a great example of a justice system for war crimes,” added Fayyad, who was nominated for an Oscar for best documentary. with Last Men in Aleppo (2018) and The Cave (2020).

A Syrian human rights lawyer and also a witness at the Koblenz Court, Mazen Darwish told the report that the verdict is an important step towards justice for the crimes committed by President Bashar Al-Assad and his henchmen. “For the first time, we have a court decision admitting that Raslan tortured and was involved in forced disappearances and sexual violence. All of this really happened, in a systematic way”, assured the man who was in prison between 2012 and 2015. body suspended from the ceiling, I was hit with cables in the back and limbs, I suffered electric shocks, sleep deprivation and beatings.”

Darwish said that he and other lawyers tried to transfer the case to the jurisdiction of the International Criminal Court in The Hague (Netherlands). “Several times, Russia has used veto power at the United Nations and prevented that. Syria has not signed the Treaty of Rome, which governs the ICC. We use extraterritorial jurisdiction because we cannot hold a trial in The Hague or Syria.” He even provided the court with evidence such as the structure of Al-Khatib prison, the chain of command at Branch 251, and documents from military hospitals with evidence about dead prisoners with signs of torture.

Anwar Al-Bounni, also a witness and human rights activist, was imprisoned for five years and had friends subjected to beatings and electric shocks. “You can’t imagine what they suffered. As my name was known in Syria, they didn’t torture me,” he said by telephone. According to Al-Bounni, Raslan played a crucial role in the torture sessions. “He was the head of the Investigative Division of Branch 251, the most important security agency in Damascus. All the torture operations took place under his orders.”

Outside the Koblenz Court, Yasmeen Almashan held up photos of the five brothers killed in Syria and a placard with a cry: “Now that you have proof of what is happening in Syria, you have a responsibility to stop it!” “Zuhair was killed during a protest in December 2012. Three months later, Uqba was arrested and two other brothers were executed by a sniper. My younger brother was killed by the Islamic State,” he told the report. Yasmeen learned of Uqba’s tragic fate from Caesar, an army photographer who fled Syria with thousands of photos of the dead in al-Assad’s dungeons.

She considers Raslan’s conviction important. “This is the first trial of its kind involving a former Syrian official, and al-Assad’s security system is still working. I believe it is the first step on a long road to justice, just a beginning,” he said.

“Life imprisonment for Anwar Raslan represents some kind of justice for the victims. At one point these people were totally at Raslan’s mercy. He could have killed them. They suffered various types of torture for weeks and even months. cases, they didn’t believe they would survive. It’s very important that they feel some kind of justice, at least. Some victims who died in Syria didn’t have that opportunity.”

“The verdict was a decision of an independent court. I am an ex-prisoner who suffered torture for several years, despite not having been incarcerated in the prison run by Raslan. It is not about revenge, but about showing what is happening in Syria. It has meaning for thousands of Syrian prisoners. Even before 2011, torture was one of the mechanisms used by Bashar Al-Assad’s security services to control the people and destroy the opposition.”

“The pain and suffering of torture remain forever. It’s like an aggravated life sentence. Justice is a process of healing that suffering. Justice doesn’t remove it, but alleviates the depth of that suffering.
Suffering.”