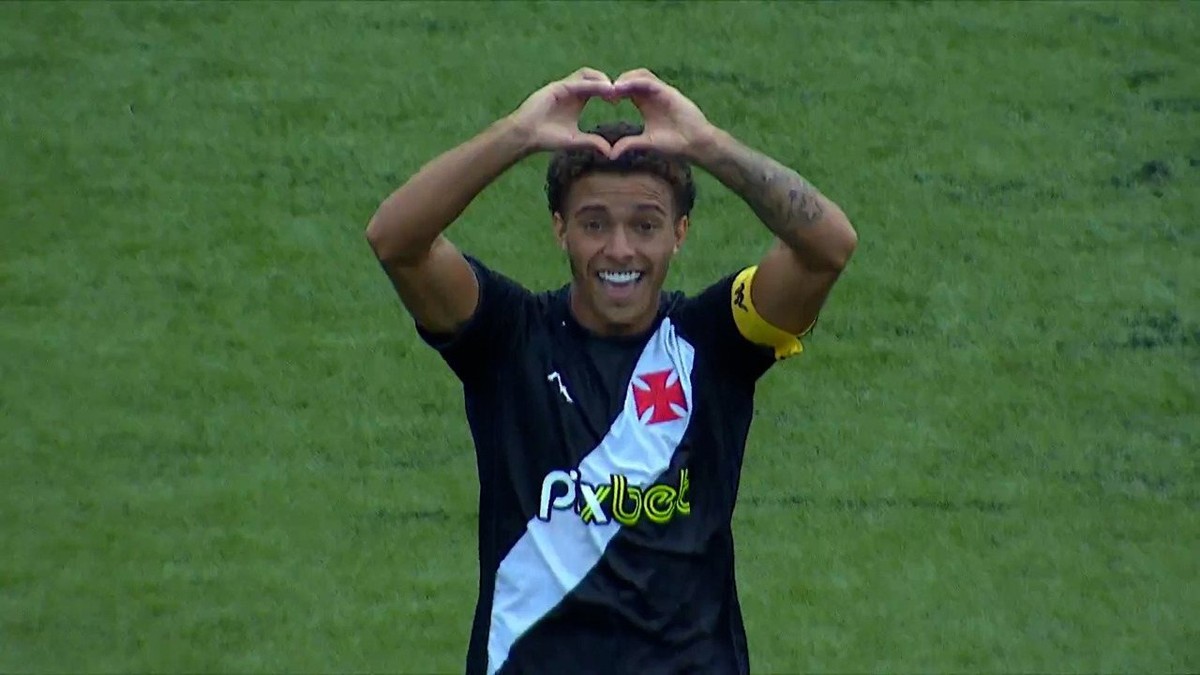 While Vasco struggles to find a striker in the market, Figueiredo has scored one goal after another in Copinha. He is the current top scorer in the competition with seven goals. (watch them all in the video above), and must fight for space in the attack of Zé Ricardo’s team. The striker is on the radar of the coaching staff and was mentioned by the coach at a press conference.

+ Vasco’s signings for 2022: see who arrives and who goes

The 20-year-old striker – that is, in the last year with the possibility of playing Copinha – is Vasco’s main highlight in the competition. He reinvented himself – he has been playing as a striker – and scored in all four games played by the team so far.

If he scores twice more, Figueiredo will equal Jardel (1993) and Tiago Reis (2019), who are Vasco’s two top scorers in a single edition of Copinha, both with nine goals. Above him in this ranking, in addition to the duo, is only Valdir Bigode, who in the 1992 title scored eight goals with the Vasco shirt. The survey was carried out by journalist André Schmidt, from “Blog do Garone”.

“I just have to thank God for this opportunity, it’s always good to be scoring,” he said after scoring the qualifying goal in the victory over Ska.

The good start to the year serves to raise the morale of Figueiredo, who did not play well for the top team last season and was often criticized. In 2021, his first year as a professional, the striker played 29 games between Campeonato Carioca, Copa do Brasil and Série B of the Brasileirão. And he didn’t score.

Figueiredo’s goals in Copinha appear precisely at the moment when Vasco finds it difficult to hire a striker. Despite the 11 reinforcements announced so far (including Raniel, who won the number 9 shirt), the club is still looking for a player to supply the transfer of Germán Cano to Fluminense.

In a press conference this Thursday, Carlos Brazil, Vasco’s General Manager of Football, gave an overview of the club’s effort in the market and hinted that there are no advanced negotiations with anyone for the position after the conversations frustrated by Luis Amarilla, from Vélez Sarsfield. .

– We are going to bring in an attacker that we understand can solve it. Other players have been consulted, but we are very calm. At the right time, a player will appear who wants to play in a giant club like Vasco – declared the manager.

THE ge found out that Zé Ricardo and his coaching staff have watched all of Vasco’s games at Copinha precisely to find homemade solutions for a squad that still has deficiencies. In the attack, Figueiredo and Vinícius, who ended 2021 on a low after being used in the professional, have great chances of receiving a second chance. A difference can explain the success. Last year, Figueiredo was usually called up on the left side of the attack. It was like that with Marcelo Cabo and Lisca. At Copinha he has played as a center forward and has proved to have a nose for goals.

There is, however, caution regarding the use of children. The club doesn’t want to place all hope in the younger ones and skip stages, as it has sometimes done in the past.

Carlos Brazil also mentioned in the press conference other names of Copinha players that should be used by Zé Ricardo, such as defenders Zé Vitor and Pimentel and midfielder Andrey – the latter two scored in the victory over Joinville this Thursday.