In unprecedented acceleration, cases of covid in the country surpass the peak of the 1st wave

Jenni Smith 2 weeks ago Health Comments Off on In unprecedented acceleration, cases of covid in the country surpass the peak of the 1st wave 14 Views

With an unprecedented acceleration during the pandemic, the number of covid-19 cases exploded this week in the country, which made the seven-day moving average exceed the peak of the first wave recorded in 2020. The projection is that, in the coming days, the number of cases surpasses the record of the second wave.

According to the data panel of Conass (National Council of Health Secretaries), yesterday the country registered 87,471 new cases, bringing the moving average to 52,271.

The growth of cases this year is impressive. Ten days earlier, on January 3, 11,850 new cases were registered – an increase of 737%, something unprecedented for the same period during the entire pandemic.

The rise is now attributed to the arrival and circulation of the ômicron variant, in addition to Christmas and New Year’s Eve parties. The case acceleration curve is the same seen in other countries that are also challenged by the transmission of the new strain. The forecast is that half of Europe will be infected in the coming weeks.

The numbers, however, should be much higher since there are still remnants of the problems that generated a blackout of data from the Ministry of Health and due to the underreporting of cases due to the number of mild cases, lack of tests and people who do not seek services. health for testing. Added to this is the absence of a massive testing program at the national level.

“This is, without a doubt, the moment with the highest number of cases in Brazil”, says scientist Miguel Nicolelis, who warns of what would be a false premise that the ômicron – by generating milder cases and by the high vaccination rate in the country—should not cause problems, such as overcrowding in hospitals.

At the population level there is nothing light! It doesn’t matter if most people’s symptoms are mild, because when you multiply a huge number by a small number it’s still a huge number. A lot of people infected, so a lot of people will need hospitalization”
Miguel Nicolelis, scientist

The director of the WHO (World Health Organization), Tedros Adhanom Ghebreyesus, warned last Saturday that the omicron should not be described as mild, as the record number of infected people is filling health systems around the world.

“The ômicron is among the most infectious viruses ever known to man, hand in hand with and even beating the measles virus”, says Flávio Fonseca, president of the Brazilian Society of Virology.

In some states, the number of cases is already a record, as in Espírito Santo. In Pernambuco, the occupancy of ICU beds (intensive care unit) for SARS (Severe Acute Respiratory Syndrome) cases is at 85%, even with the opening of more than 200 vacancies in recent weeks.

In Amazonas, where past waves of covid caused hospital collapse, the number of cases exploded this week after months of numbers under control. Yesterday, there were 1,659 cases reported, an incredible increase compared to day 3, when 88 cases were recorded.

Other data point out that the pandemic in Brazil also presents data beyond what was officially notified.

In Rio de Janeiro, the positivity of tests carried out for covid-19 reached 50%, with twice as many cases in December in just seven days of the year.

As there are no epidemiological bulletins of covid-19 published this year by the Ministry of Health, it is not possible to know the current percentage of positivity of tests in public laboratories in the country.

Another example of the explosion of cases is the number of Google searches for “covid test”, which in recent days has set a record in Brazil.

The number of people who reported symptoms of covid also reached a record in many states, according to data from the Covid-19 Analysis Network project, in partnership with Facebook and the University of Maryland (USA).

“We have indications that show that the blackout may be preventing us from seeing a strong fire. I believe we may be in the worst moment. [de casos], but we may not be either. We have no way of proving this,” says Isaac Schrarstzhaupt, data analyst and coordinator at Rede Análise Covid-19.

Another number that calls attention is the projection of the IHME (Institute for Health Metrics and Evaluation), of the University of Washington. He points out that Brazil would today have an underreporting of cases that would reach up to six times the total, which would make the country have at least 450,000 cases on the day.

In the projection analysis panel, the peak of cases will occur in early February, exceeding 2 million cases per day in Brazil. “Now imagine if we have this with a health service already shot?”, asks Miguel Nicolelis.

He questions why authorities in the country are not taking stricter measures to ensure social distancing.

We are having record cases in the US, there were 1.4 million cases from Sunday to Monday. The UK was at 5,000 people hospitalized and is now at 20,000; and the deaths are in the order of 300, they were from 10 to 12. In other words, people here don’t look at the cases and data of the world. This is my feeling”
Miguel Nicolelis, scientist

She's our PC girl, so anything is up to her. She is also responsible for the videos of Play Crazy Game, as well as giving a leg in the news.
Previous Monster Hunter Rise is now available via Steam, with improved graphics and no cross-play support ⋆
Next Tereza Seiblitz says André Gonçalves offended his daughter and broke the deal: ‘All Manuela wanted was not to be in this situation’

The power of legumes: 7 reasons to include them in your diet 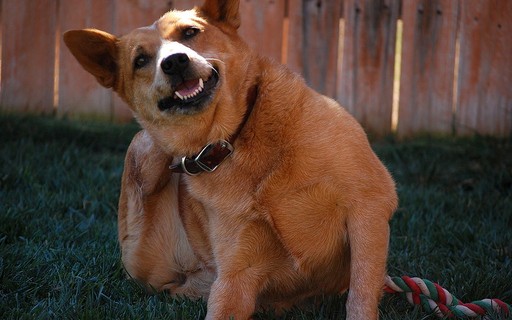 WHAT IS AN ALLERGY AND WHY DOES IT OCCUR?

+ Caused by mites, scabies can be responsible for reducing dogs’ quality of life (Photo: …