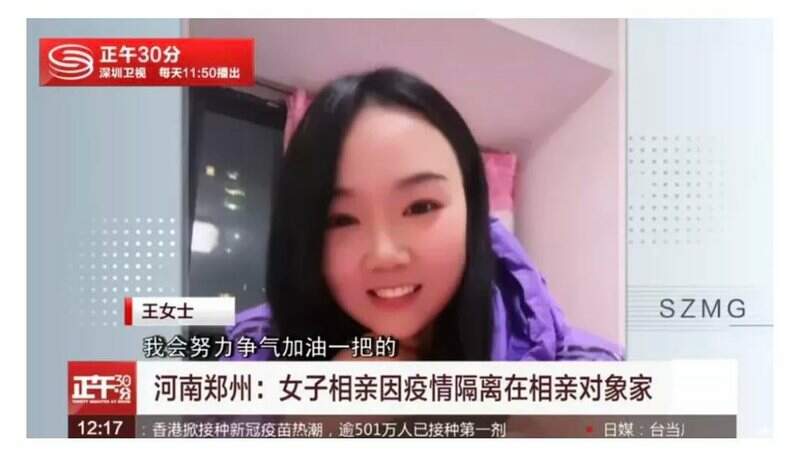 The sudden confinement due to the increase in Covid-19 cases in the eastern Chinese city of Zhengzhou has left a woman stranded for four days at the home of the young man she had just met on a blind date.

The case reverberated after the woman told her somewhat unusual story on a Chinese social network. In the post, she tells how she got stuck in the boy’s house after a chance meeting. She explains that she lives in the south of the country, in Guangzhou, and that she traveled to the city where she was imprisoned, in order to honor the Lunar New Year, the most important festival in China. The date is celebrated on February 1st.

The woman says that the despair of being “getting old and without suitors” made her family arrange the blind date. However, according to G1, while she was in person with the suitor, the young woman discovered that the community in which he lived had suddenly gone into lockdown due to an increase in Covid-19 cases. As a result, she was prevented from leaving the house for several days.

Wang told local media that the situation was “not ideal.” She said the man cooked for both of them during the entire confinement, but that “he doesn’t talk much”. In the posts made by Wang, it is not possible to identify whether she has already been authorized to leave isolation to return to her city.

Non-essential services were forced to close on Tuesday, and the government moved to test the city’s 12.6 million residents and locate possible “silent” carriers of the virus.

China has a zero-tolerance policy against Covid-19, which means sudden mandatory lockdowns that have already become routine in communities where the virus is identified.

(With supervision by Guilherme Cavalcante)

Baby receives six doses of COVID-19 vaccine (photo: Pxinio/Reproduction) Due to a medical error, a …