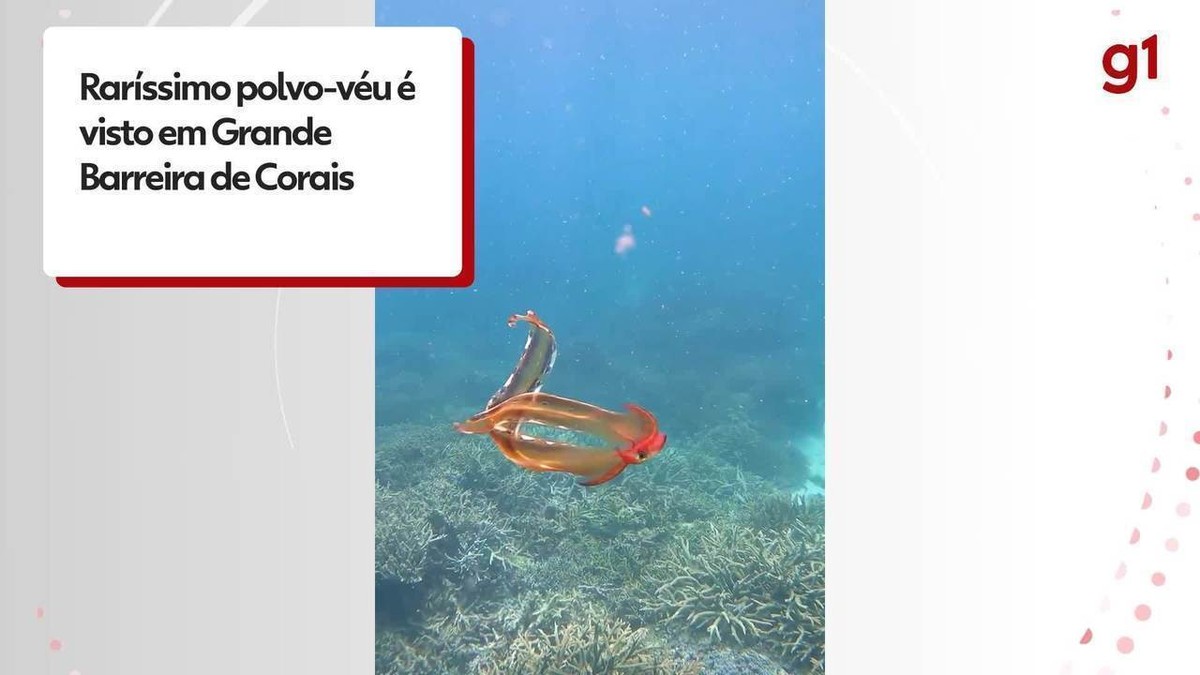 Images of a very rare veiled octopus were recorded in the Great Barrier Reef, in Australia, by marine biologist Jacinta Shackelton, who posted a video and photos of the animal on a social network. (watch above).

With its long colorful floating tail, the species is so rare that to date there are only four sightings recorded at the site. — the first 21 years ago.

The biologist said that she even had difficulties to continue breathing with her equipment because, emotional, she started screaming underwater by making sure it was really a veiled octopus (Tremoctopus Violaceus Violaceus).

“When I first saw it, I thought it might be a juvenile fish with long fins, but when it got closer I realized it was a female veiled octopus and I had an overwhelming sense of joy and excitement,” Shackelton told the British newspaper. The Guardian”.

The certainty that it was a female happened because the males of the species are tiny and do not have a tail, which resembles a veil.

While a female can measure up to 2 meters, a male does not exceed 2.4 centimeters.

The rarity of sightings is attributed to the fact that the species lives mainly offshore, far from the coast.