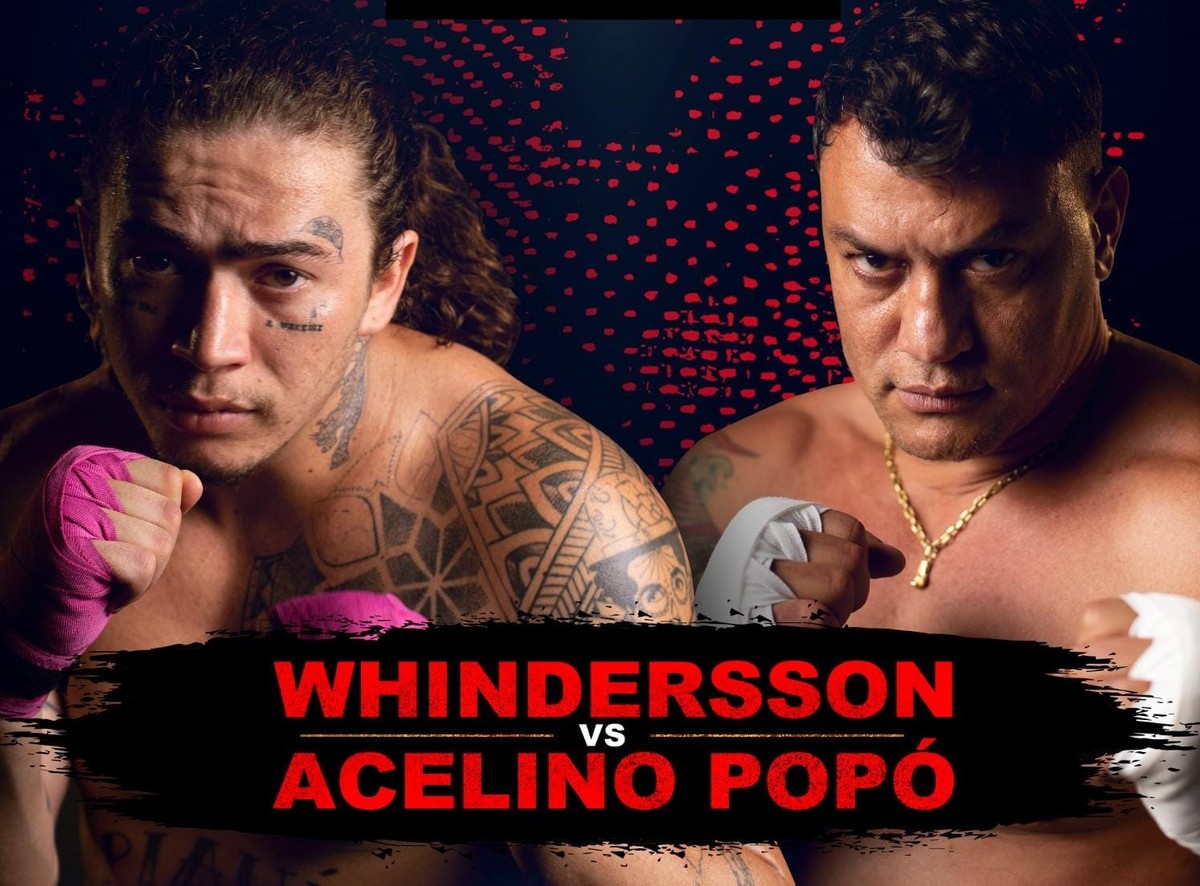 The organization of the Whindersson x Popó fight released the full card of the event, scheduled for January 30, starting at 7 pm, in Balneário Camboriú, Santa Catarina. In addition to the expected meeting in the ring between the comedian from Piauí and the four-time boxing world champion, the Fight Music Show will feature seven other fights, three of them MMA.

In the co-event, Rogério Minotouro will be back in the ring. After retiring from the UFC in July 2017, one of the biggest names in Brazilian MMA will return to boxing. In Olympic boxing, Minotouro has a bronze medal at the Rio 2007 Pan American Games. The opponent will be Leonardo “Leleco” Guimarães.

Olympic medalist Esquiva Falcão and Yuri Fernandes, ex-BBB, will also duel. Before the fight, the two exchanged teasing on the internet, and the boxer promised not to joke.

The organization promises the “best in the world of struggles with the artistic universe”. Comedian Tirullipa will be the announcer, and singer Wesley Safadão is one of the musical attractions.

– The idea is to make an entertainment event, not just for fighters or those who like to fight. It’s for you to have fun. We will also have Wesley Safadão, who is one of the greatest artists in Brazil. There’s a box of surprises we’ll make inside. The idea for the Fight Music Show came when I went to an event in Dubai, with a spectacular atmosphere. A real show – explained Mamá Brito, event organizer.

Most talked about fight of the moment

Do you have a chance? Understand how Whindersson Nunes decided to face Popó

Whindersson vs Popó is a fight expected since last year, but it was confirmed for January of this year. For the duel, the comedian started the diet to lose 6kg.

– They say that boxing is the art that most challenges the brain. Because you have to deal with very fast responses. In the blink of an eye, you have to know what to do. Whether to leave the face or not. Hit or defend. If you go up or go back a little. As in life. As in the dreams that cement my paths. It’s like in comedy, it’s speed I need. That’s it – commented Whindersson, in his biography, about boxing.

Challenging Popó, according to Whindersson, is a way of communicating with the fighting world.

– I choose my crazy things. (…) As my intention is always to communicate, this is a great way to communicate with the fighting world. They also have depression, they are afraid, they are hungry – he described in his book.