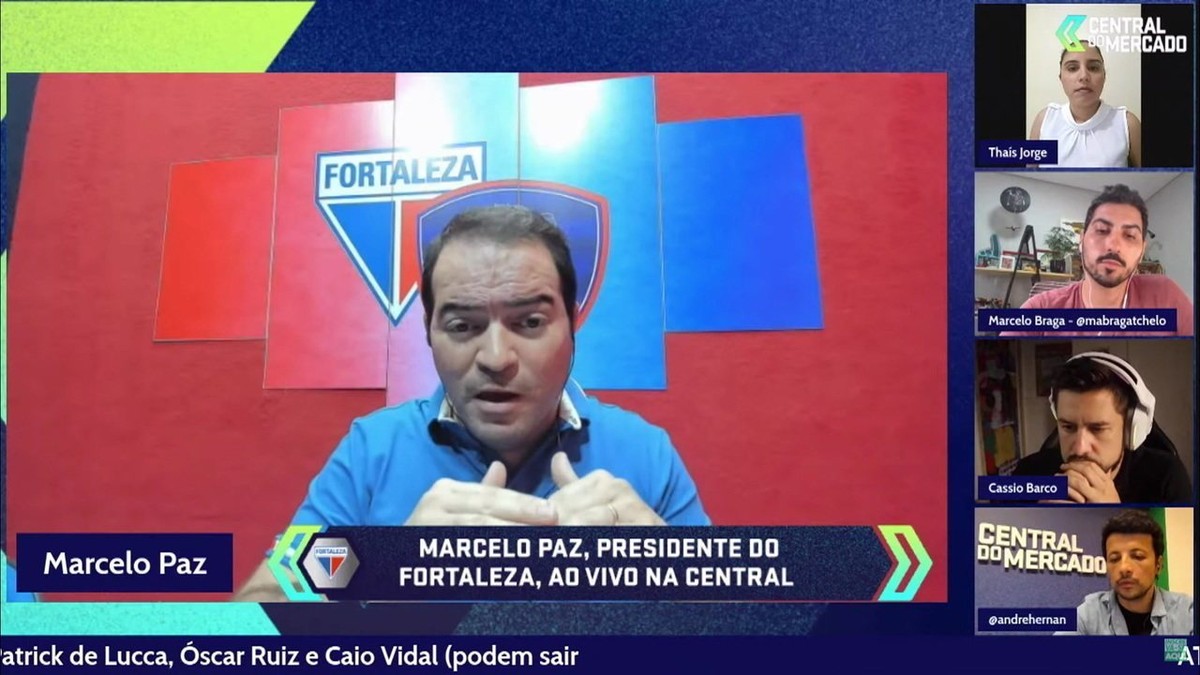 Atlético-MG is getting ready to welcome Antonio Mohamed in Belo Horizonte. Expected to arrive on Sunday, the coach was chosen to replace Cuca. A process that involved contacts with some names in the market. But Vojovoda was not one of them. That’s what football director Rodrigo Caetano guarantees.

Last Friday, while participating in Central do Mercado, the president of Fortaleza – Marcelo Paz – stated that Galo made “respectful and professional contact” about the commander of Leão do Pici, who took the team to Libertadores and has contract until the end of 2022. Asked by ge about this poll, the Atlético executive said “not to proceed”.

– That’s not right. I need to deny this (Rodrigo Caetano)

Atlético and Fortaleza have a good relationship between the boards. In Rodrigo Caetano’s speech, he highlighted this coexistence, but said he needed to deny the information, even following an orientation from the president of Galo, Sérgio Coelho.

– I have an excellent relationship with Fortaleza, excellent relationship with President Marcelo Paz, with their football manager, Sérgio Papelin, and also with Vojvoda’s agent, Christian Bragarnik. We never did and never would. First, he has a contract with Fortaleza. If there was any kind of interest in Vojvoda’s work, we would have to ask Fortaleza for permission. What did not happen – said Rodrigo Caetano.

Chacho Coudet and Rodrigo Caetano worked together in the 2020 Brazilian vice-champion Internacional, until the coach left for the return of Abel Braga. Bragarnik too took care of the career of El Turco Mohamed, the new coach of Galo.