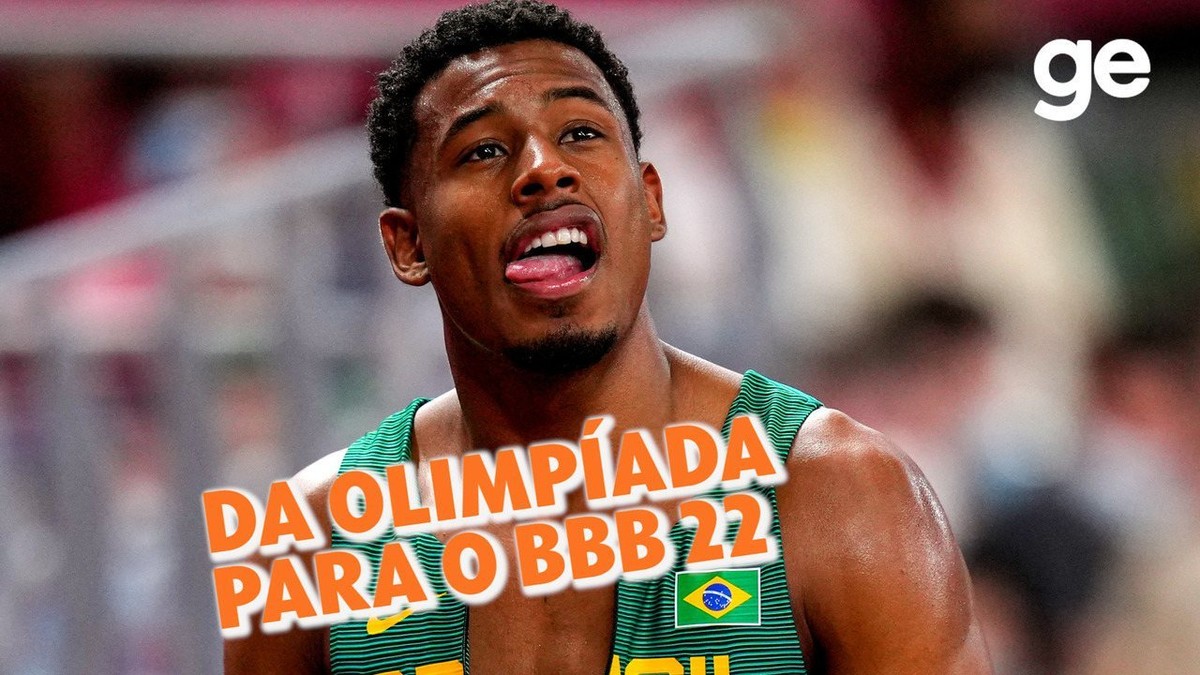 Starting next week, Paulo André Camilo will return to the spotlight, but in a different way. Accustomed to the cameras at major athletics tournaments, the 23-year-old sprinter will face the challenge of Big Brother Brasil 22.

World relay champion and semifinalist at the Tokyo Olympics, he will show at the BBB’s house that in addition to being a competitive athlete, he is the big daddy of a four-month-old baby, a pagodeiro in his spare time and a flamenguist at heart. He is the first Olympic athlete to participate in an edition of Big Brother Brazil.

From football to athletics
Paulo André was born in Santo André, ABC Paulista, but grew up in Vila Velha, Espírito Santo. As a boy, he dreamed of playing football and maybe even defending Flamengo, his favorite team. The speed in the fields drew attention, and he followed the familiar vocation on the tracks. His father Carlos Camilo had also been a sprinter and was even called up for the 1984 Angeles Olympics, but was cut due to an injury. When he saw an album with photos of his father’s career, the boy Paulo André had a new dream: to go to the Olympics and take his father as a coach.

Lapped on a dirt track
The first steps in athletics were in the social project Champions of the Future that to this day plays in Vila Velha to help children in sports initiation. Until 2015, he was training on a dirt track, when he set the South American under-18 record in the 100m sprint, with 10s30. The evolution was meteoric, and he became one of the fastest men in the history of Brazil, leading the quartet champion in the 2019 World Relay 4x100m.

Broke the 10s barrier
In 2018, Paulo André ran the 100m sprint for 10s02. He then became the second fastest man in Brazilian history, very close to Robson Caetano’s South American record of 10s. He had everything to be the first athlete on the continent to break the 10s barrier in 2019 and managed the mark of 9s90, but the wind above the allowed did not validate the time as a new record. Considering the valid marks, Paulo André is now the third fastest man in the history of Brazil – he was overtaken last year by Erik Felipe, who ran to 10.01.

Protest and cry at the Tokyo Olympics
The year 2021 was not Paulo André’s dream season. He managed to go to the Tokyo Olympics, but he didn’t have the company of his father and coach Carlos. During the Games, he reached the semifinal of the 100m sprint, ended up in 23rd place, cried and protested his father’s absence, who was not summoned to join the Brazilian delegation in Japan.

“I know my potential”, Paulo André Camilo gets emotional when talking about the 100m race – Tokyo Olympics

the big daddy
Always with a wide smile on his face, Paulo André gained a special reason to smile in 2021. Shortly after the Tokyo Olympics, he became a father. The baby, also named Paulo André, spent 21 days in the hospital when he was born, but was fine. Now four months old, she will cheer for her father on her mother Thays Andreata’s lap. She and the speedster, however, are no longer dating. He will enter the single BBB’s house.

Paulo André was one of the guests at Farofa da Gkay in December, in Fortaleza. Did he find Vih Tube there? Got some tips for the BBB?

As an athlete, Paulo André is sponsored by a sportswear brand. He is often invited to pose and has a knack for modeling.

Another sponsorship by Paulo André is from the Brazilian Navy. He is part of the Armed Forces sports incentive program and is therefore a 3rd sergeant in the Navy.

Paulo André Camilo is a sergeant in the Navy — Photo: Reproduction/Instagram

If Paulo André has to choose the soundtrack for a BBB party, there will certainly be a lot of pagode and samba. The sprinter is a pagodeiro and even risks making a sound on the cavaquinho.

Paulo André is a flamengo player at heart. He always follows, even if from afar, Flamengo games. He even made friends with Gabigol.