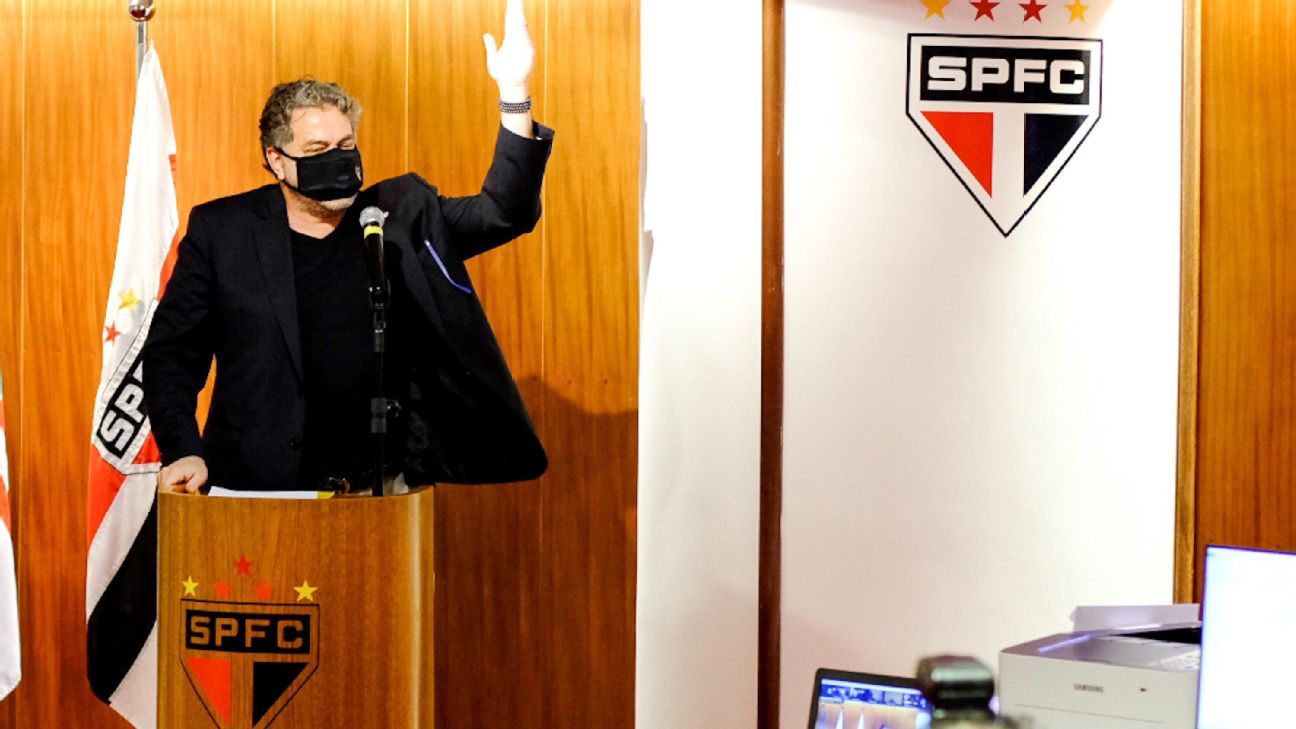 Julio Casares, in an interview with GE, said that the São Paulo group is practically closed

This Friday (14th), Julio Casares, president of São Paulo, spoke about the club’s recent negotiations in search of reinforcements for Rogério Ceni and revealed that the squad is practically closed.

“The squad is practically closed. When I say practically, it’s not that we’re behind sector A, B, players on the flanks. We’re looking for opportunities, not just on flanks, as long as São Paulo invests in of its composition. It still hasn’t sold any athlete from its base. Can it sell? Can it, no one is non-negotiable. If good proposals come, we will. Some came, but we didn’t even open a conversation. I’m saying it practically closed, because our squad is competitive. Now, if the opportunity arises tomorrow, we’ll discuss it. We signed 5 contracts, renewed Arboleda’s contract and guaranteed Cotia’s jewels”, said Casares, globoesporte.com.

Casares spoke about an alleged negotiation with defender Bruno Viana, ex-Flamengo and currently at Braga. “Nothing, nada, nada (with Bruno Viana). Another name that came up. It doesn’t exist”.

“You can have plan A, B or C by Soteldo. But it is practically closed. It will depend on the market”, analyzed the tricolor President.

In a serious financial situation with São Paulo, Casares spoke about the search for an investor.

“(Investor) It’s on its feet, of course I’ll never say what it would be. São Paulo is now sought after and has conversations that, if you look at the first half of last year, didn’t have. We’re going to have a conversation. Unfortunately with a pandemic, meetings have to be online, it’s hard to get around. But we are in the market. It’s good to hear from possible and possible investors that the club now gives credibility”.

The club president also spoke about the end of negotiations with Lucas Ribeiro, a defender who belongs to Hoffenheim and was on loan at Internacional. The athlete has an unresolved legal situation after leaking an intimate video of a colleague having sex with a 14-year-old girl.