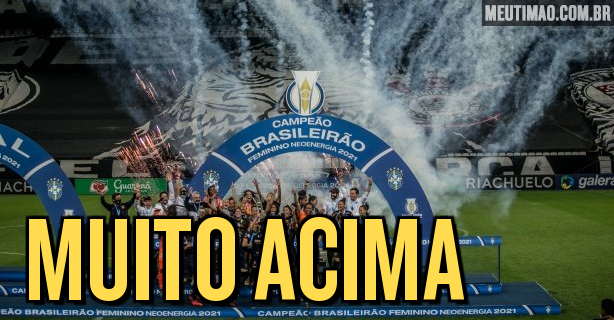 Corinthians ended 2021 once again as the leader of the National Club Ranking of the Brazilian Football Confederation (CBF). After closing 2020 in first place, Timão kept the post with leftovers after taking all the relevant titles of 2021 nationally and internationally.

São Paulo, Brazilian and Libertadores da América champions, Corinthians have 11,360 points in the table prepared by the CBF, 2,408 above Ferroviária, second on the list. The difference is greater than the 2,352 that separate Ferroviária from São Paulo, in tenth place.

Despite the achievements of Arthur Elias’s teams, the ranking takes into account only the campaigns of the teams in the A1 and A2 Series of the Brazilian, regardless of their performance in State and international tournaments.

The ranking is based on a calculation of the clubs’ performance in competitions over the last five seasons. There are 800 points for each Brazilian title, with multiplication factors in relation to the year it was played.

See the top-10 of the ranking