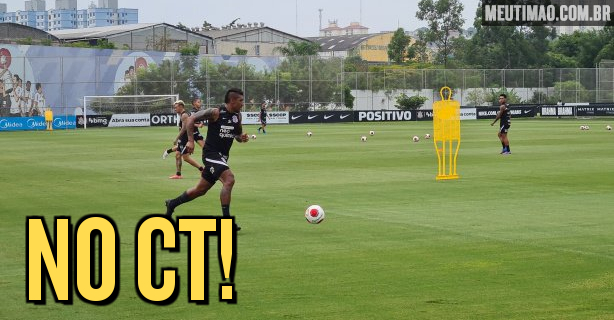 Abhishek Pratap January 15, 2022 Sports Comments Off on Corinthians trains by sectors and continues with two casualties in pre-season 14 Views

Corinthians trained this Saturday morning, at CT Joaquim Grava, and continued the club’s pre-season with a view to the year 2022. On the field, the group of athletes did a sectored work by the functions on the field and remained incomplete, something recurring in those early days of the season.

The athletes performed the warm-up and then participated in a ball possession activity in a small space, traditional in the training model. Then, coach Sylvinho divided the group: the defenders and sides were left with him and Fernando Lázaro, one of his assistants, for a specific job of defensive positioning.

Simultaneously, in the next field, the other assistants (Doriva and Alex) worked on movement, passes, crosses and finishing with the team’s midfielders and forwards.

Roni midfielder, with pain in the posterior muscle of the right thigh, remained inside the CT undergoing treatment with the physiotherapy team, as he had done at work on Friday.

The striker Jo, who started his pre-season on Friday after testing negative for Covid-19, finished the physical evaluations and did a separate job with the ball under the care of trainer Flávio de Oliveira.

This Sunday, the Corinthian cast will work in two periods. In the morning, the group will participate in a tactical training and, in the afternoon, they will have a training game against Inter de Limeira.

See more at: Training of Corinthians, Roni and J.