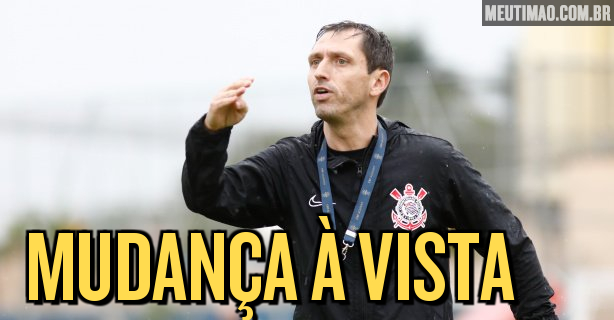 After being eliminated in the third phase of Copinha, Corinthians should announce a change in the technical command of their U-20 team in the coming weeks. Coach Diogo Siston, brought to the club on the recommendation of former manager Carlos Brazil, is expected to leave Parque São Jorge six months after being hired.

Siston has even said goodbye to the group of players. The conversation took place in the dressing rooms of Estádio Martins Pereira, right after the match against Resende. The trend is for the club to make the exchange official in the coming weeks.

According to the My Timon, a change of coach in the U-20 team was already discussed even before the beginning of Copinha. The departure of technical coordinator Eduardo Húngaro, and subsequent replacement by former midfielder Márcio Bittencourt, have been a determining factor in the club’s reassessment of the coaches of all the basic categories of Corinthians.

The reports from the base CT, after the departure of former manager Carlos Brazil, are of a tense atmosphere, between the professionals hired by the manager, and the more distant employees in the club. Since December, six employees brought by Brazil have said goodbye to the basic categories of Corinthians.

There are those who say at the base of Corinthians, in fact, that the decision to leave coach Diogo Siston had been taken even before the São Paulo Cup. The basic categories of Corinthians, it is worth mentioning, are under the care of Osvaldo Neto (general director), André Figueiredo (manager) and Márcio Bittencourt (technical coordinator). Councilor Jacinto Antônio Ribeiro, known as “Jaça”, also exerts strong informal power in decision-making at the base of Corinthians.

Two names please the Corinthians board to replace Diogo Siston in his almost imminent departure. Wesley Carvalho, former coach of the Under-20 category at Palmeiras, and Danilo, who commanded the Corinthians Under-23 in 2021, appear as well-regarded alternatives to the position. Corinthians, it is worth mentioning, is looking for a new destination for the former midfielder, as the board opted for the closure of the Under-23 category.

Corinthians’ Under-20 squad goes on vacation after being eliminated at Copinha, and should resume activities in mid-February. Planning for the new season should start this Monday.

*The Meu Timão report tried to contact the director Osvaldo Neto, but has not received a response so far