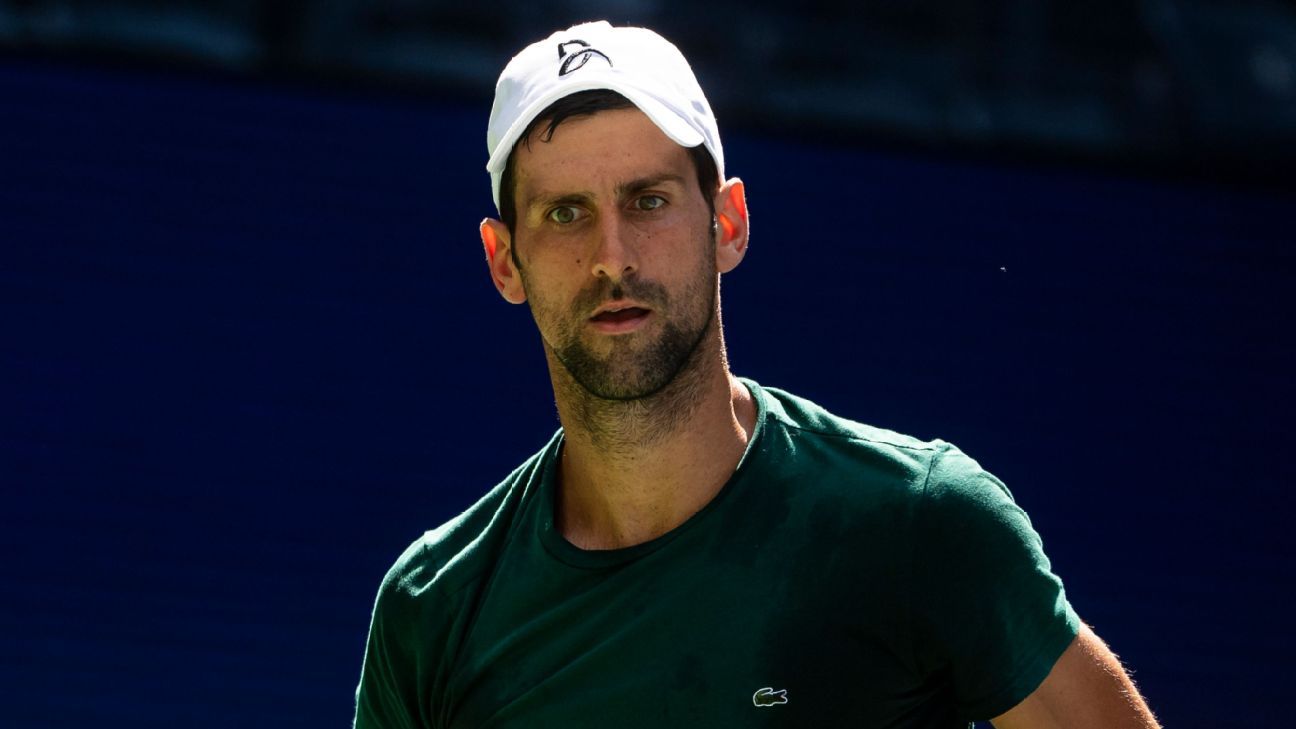 In a decision this Friday (14), the Government of Australia revoked the visa of the Serbian Novak Djokovic for the second time through Alex Hawke, Minister of Immigration.

Tennis player Novak Djokovic faces again the risk of deportation. The Government of Australia revoked the Serbian visa for the second time. Immigration Minister Alex Hawke said on Friday (14) that he revoked the authorization of the current No. ‘for reasons of public interest’. On Saturday morning in Australia, the tennis player was detained by local authorities, according to CNN, before the decisive judgment on his immigration imbroglio in the country.

The decision takes place three days before the start of the Australian Open, which will be broadcast in full with ALL courts available on ESPN on Star+. Alex Hawke said he canceled the visa for ‘reasons of health and good order, based on the public interest’.

Djokovic will be detained until at least Sunday Australian time, when the final two hearings that will decide whether he can play the Grand Slam or be deported take place.

“The government of [Scott] Morrison is firmly committed to protecting Australia’s borders, particularly in relation to the COVID-19 pandemic,” Hawke said in a statement, referring to the Australian Prime Minister.

“I take note of the decision of the Minister of Immigration regarding Novak Djokovic’s visa,” Scott Morrison said in a statement. “I understand that, after careful consideration, the Minister has taken steps to cancel Djokovic’s visa on health and order grounds, based on the public interest.”

Novak Djokovic’s lawyers will go to the Federal Circuit Court, where Anthony Kelly works. The magistrate will decide on the next steps in the player’s appeal case. There are still unconfirmed rumors that the tennis player may attend an immigration hearing on Saturday.

This is the second time that Djokovic’s visa has been canceled since the Serbian arrived in Melbourne last week to defend his Australian Open title.

The ATP ranking leader’s exemption to present proof of COVID-19 vaccination to compete has been approved by the Victorian State Government and Tennis Australia, organizer of the tournament. This allowed the tennis player to receive a visa to travel.

But the Australian Border Force rejected the claim and canceled Djokovic’s entry to Melbourne. The Serb spent four nights in an immigrant detention hotel before a judge overturned that decision on Monday.

Melbourne immigration lawyer Kian Bone said Djokovic’s representatives faced an ‘extremely difficult’ task in getting court orders over the weekend to allow his client to play the Australian Open. For him, Alex Hawke’s delay in reaching a decision bordered on punitive.

“If you left later than he did now, I think from a strategic standpoint he’s really hurting Djokovic’s legal team in terms of what kind of options he could get,” Bone said hours before Friday’s decision. .

Lawyers would need to appear before a judge on duty at the Family Court and Federal Court or a higher judge at the Federal Court to obtain two urgent orders.

The priority is an injunction preventing his deportation, like the one Djokovic obtained last week. The second would order Hawke to grant the Serb a play permit.

“This second order is almost unprecedented,” Bone said. “Very rarely do the courts order a member of the executive government to grant a visa.”