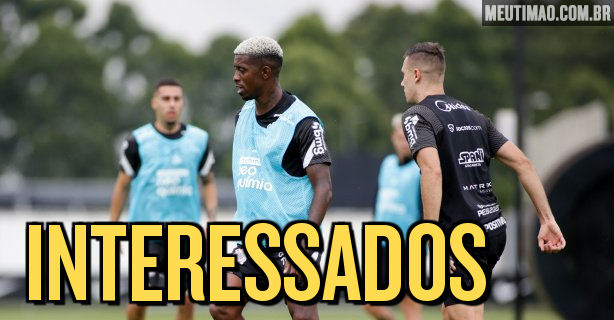 Businessman Luisinho Piracicaba, owner of Soccer House, commented this week on the situation of striker Jonathan Cafu, from Corinthians. One of the few athletes who do not have the prospect of playing for Timão in 2022, but also do not have a defined destination for the season, the striker would have polls from clubs abroad.

“We have a consultation that took place today (Thursday) for him to return to the Arab world. There was a Turkish club, which is in the top six, that came to us last week. There were people from the MLS (United States League)“, he said, in an interview with the journalist Alexandre Praetzel, on Youtube.

“We are now waiting for Corinthians to define what they are going to do with it, if it is going to be used. If not, we look for a referral from the player, whether on loan or other means”, said the interviewee. Cafu returned normally on Monday and, while waiting for the definition, trains with his teammates at CT Joaquim Grava.

Owner of a contract until the end of 2023 with Timão, Cafu was loaned to Cuiabá last season and, in the businessman’s assessment, suffered from a mockery image made after his hiring, in 2020. He stated that the forward gave up “infinitely more” money when arriving at Corinthians and relied on the agent’s ability.

“Jonathan Cafu has space, for me, at any club. A player who played in 260 matches in Europe, almost all as a starter, scored at Arsenal, Paris Saint-Germain, at Paris’ home. talks about the athlete to make a meme, but anyone who watches the game knows that”, commented the agent, before concluding.

“I’m not defending here, but I ask that the fan watch the game against Santos and Fluminense, in Cuiabá, against São Paulo, in Morumbi. See who was the best on the field. “, ended Luisinho. Cafu scored three goals in 29 games in the tournament.