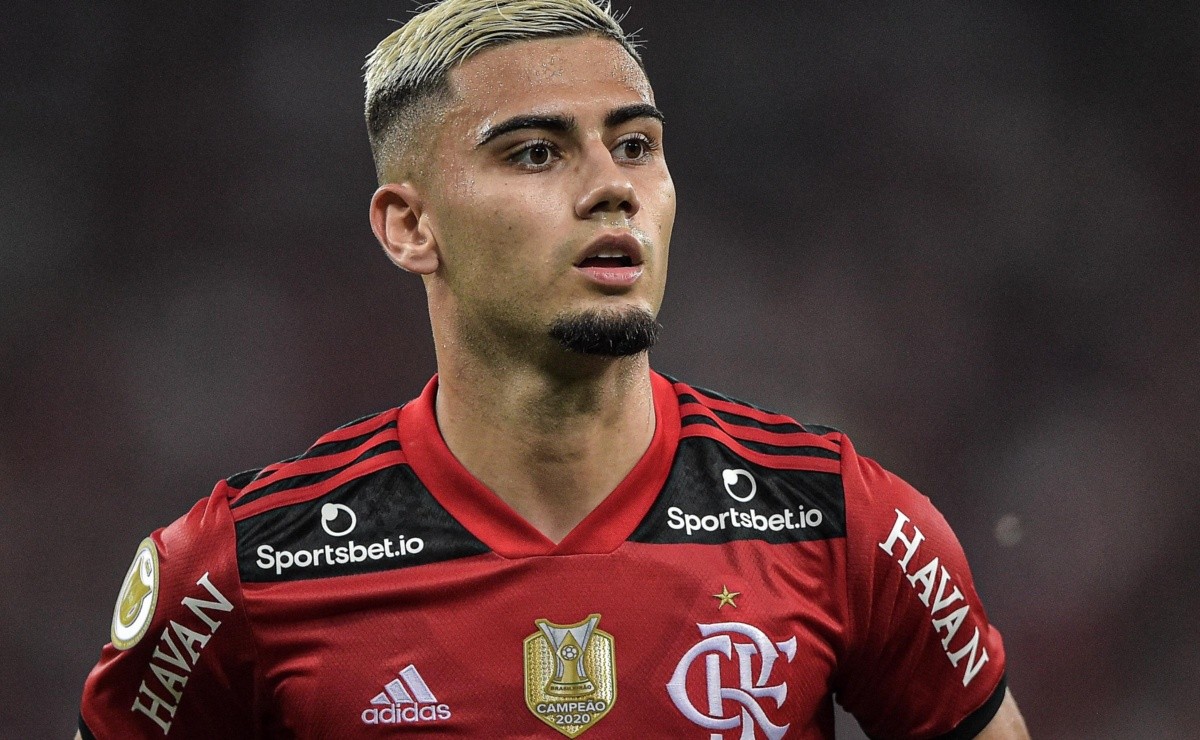 The midfielder is on loan at Rubro-Negro until June 2022, but the board wants to sign him permanently this window

After formalizing the definitive purchase of midfielder Thiago Maia, who signed a new contract until December 2026, for around 4 million euros (approximately R$25.5 million), Flamengo turned its attention to another deal, that of Andreas Pereira. The midfielder is on loan at Rubro-Negro until June 2022, on loan from Manchester United, but the board wants to sign him still in this transfer window, and has already offered the first proposal to the English.

According to the GE, Fla is willing to pay 8 million euros, around R$50 million at the current price, to close the deal for Andreas. It is worth remembering that this amount is less than half provided for in the purchase option of the midfielder’s current contract, as United has set a value of 20 million euros, approximately R$126 million, if Flamengo wants to sign the 26-year-old player. Behind the scenes, the red-black board is already preparing the athlete’s contract.

Flamengo wants to offer a five-year bond to Andreas Pereira, who has already expressed his desire to continue at Gávea. If the British do not accept the first proposal, a strategy is already outlined. It is not Rubro-Negro’s wish to extend the talks with Manchester United, which, in turn, sees the business for the midfielder with good eyes, as it intends to unburden its finances in January, to avoid problems with Financial Fair Play in the mid-year window.

The information first published on TNT Sports guarantees that United would be tempted to release Andreas to Fla for 10 million euros, approximately R$63 million. As the red-black summit offered a value well below the purchase option imposed by the British, the scope for negotiation is open. If Manchester United play hard in releasing the midfielder, Flamengo will have time to look for other options in the market before the start of the 2022 season.