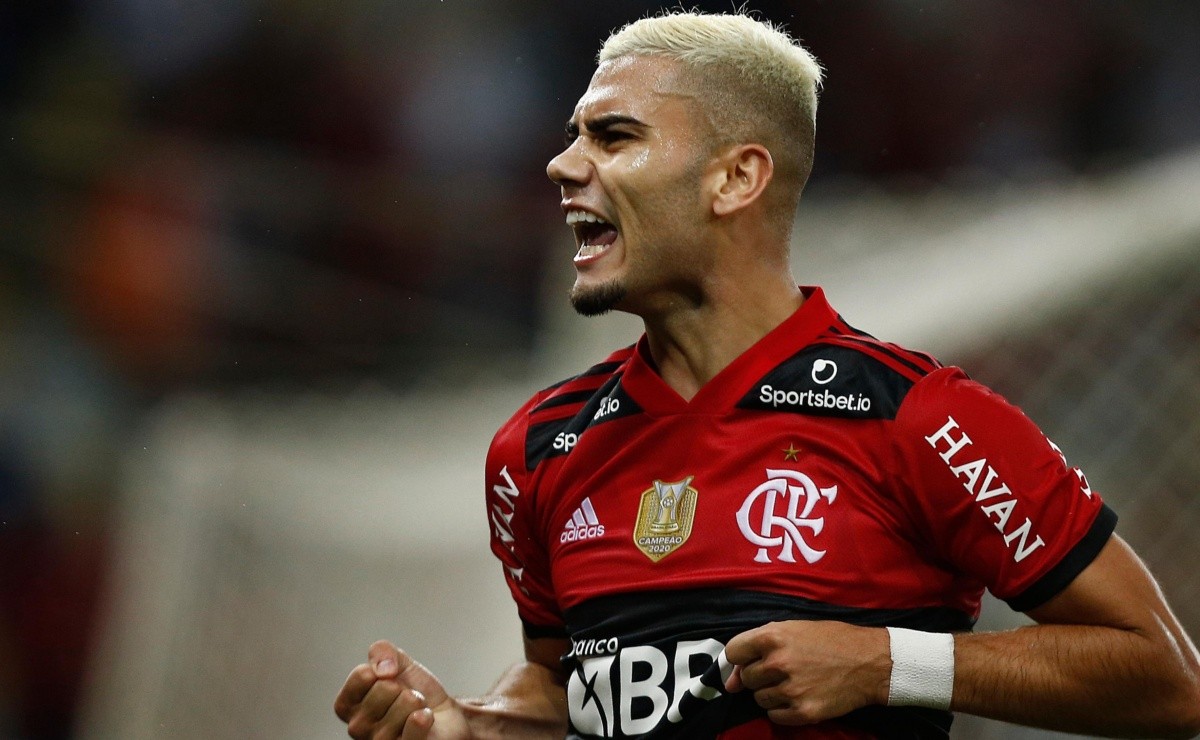 The son of Brazilians born in Belgium has a commitment to Rubro-Negro until the middle of the year, on loan from Manchester United.

Owner of many good performances in 2021, despite the serious failure in the decision of the Copa Libertadores, the midfielder Andreas Pereira want to stay in Flamengo, and the converse is true. This Thursday (13), the reporter Fred Caldeira, from TNT Sports, reported that Rubro-Negro is interested in hiring the Belgian/Brazilian permanently. The loan agreement with Manchester United expires on June 30, 2022.

The red-black proposal, according to reporter Cahê Mota, from the GE website, consists of the payment of 8 million euros (R$ 50 million), offering a five-year contract to Andreas Pereira. Flamengo brought forward the offer to buy the midfielder for January so as not to be held hostage to the mid-year window, which is usually the busiest in Europe.

Manchester United, however, had already determined that 20 million euros (about R$ 126 million) was the stipulated price for the purchase of Andreas Pereira. Flamengo expects the English to make this value more flexible for both parties to reach an agreement, since it is Andreas’ wish to remain at Rubro-Negro.

Andreas Pereira has good numbers with the Flamengo shirt

Playing in a more defensive position, which used to be played by Diego Ribas, Andreas Pereira played 25 matches for Flamengo in 2021. He scored five goals – one of them a free-kick goal – and provided five assists. However, the midfielder will have to overcome the criticism for the serious failure in the Libertadores final, which allowed Palmeiras’ title goal in Montevideo.