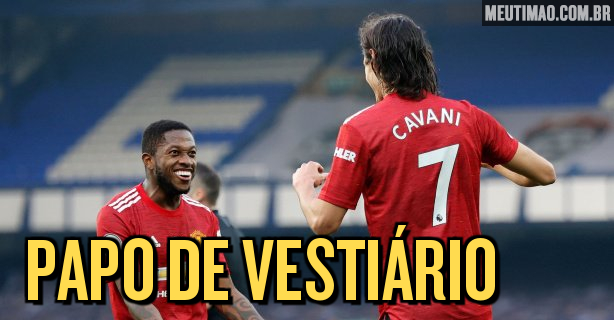 One of the most speculated names in the current Corinthians ball market was Edinson Cavani. The Uruguayan was Timão’s main target, but his departure from Manchester United should not happen and Fred, his teammate, spoke on the subject.

In an interview for the program ball of the time, the midfielder of the Brazilian team revealed that he even talked to Cavani about a possible trip to Corinthians. The Uruguayan, however, deflected the conversation.

“The other day I joked with him, saying that I had heard something from Corinthians. I said Corinthians, I played with him. He just laughed. He said he still has a contract to fulfill”, revealed Fred.

In addition, the Brazilian also made a point of praising the Uruguayan striker. Fred revealed that he hopes Cavani will stay longer in Manchester, where he has a contract until the middle of the year.

“He’s a great player, I really like playing with him, everyone knows the quality of Cavani, the great player he is. He helps our team a lot, a great striker. He runs a lot for us. South American player, strong . And he’s a guy I want to have him for a lot longer because he’s a guy who helps us a lot. I hope he can stay here longer”, he concluded.

Despite Corinthians’ interest, Cavani’s fate is almost sealed. Ralf Rangnick, Manchester United’s coach, revealed that in a conversation, the Uruguayan assured that he will continue at the English club.