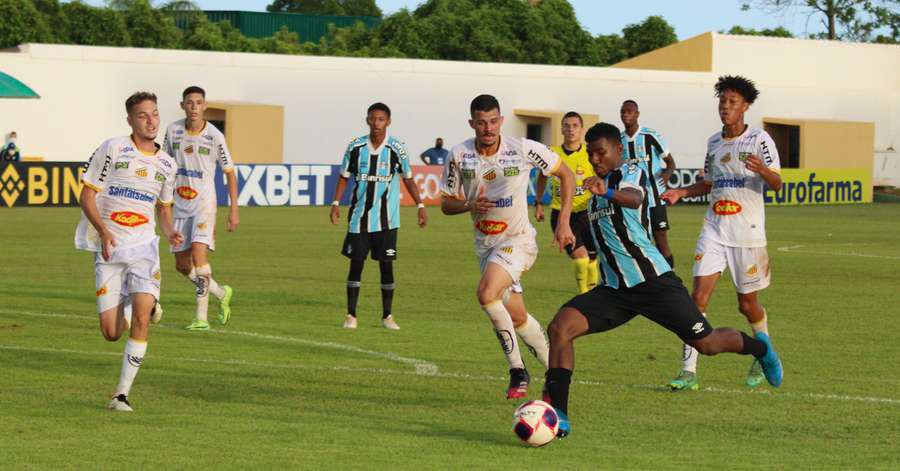 Grêmio said goodbye to the São Paulo Cup early this Friday night. Tricolor was surpassed by Novorizontino by the score of 2 to 1, in the Zezinho Magalhães stadium, in Jaú. The goals of the match were scored by Bertuol and Cauã Santos, by Tigre, and Cuiabano, by Grêmio.

What was seen in the first half at Zezinho Magalhães was a cornered Grêmio and a Novorizontino without fear of commanding the offensive actions. Despite the pressure, the first goal came in the second half of the first half. In the 34th minute, on the counterattack, Tigre opened the scoring after a pass from Rômulo to Bertuol. The second goal of the Paulistas came soon after, at 38. Cauã Santos received on the right and hit a beautiful kick, in the angle, with his left leg.

In the second stage, it can be said that the roles were reversed. Under pressure, Grêmio ran after the positive result. A sign of resumption, just in the 4th minute, Kaká played for Cuiabano, who had failed in the previous goals. The side stole the nets, but it was too late. The final stretch was of pressure from the Tricolor, but the outcome was decreed with the elimination of the gauchos.

With the defeat, the Tricolor kids say goodbye in the third phase of the competition. In the last edition, in 2020, Grêmio made the final against Inter, and was defeated on penalties. Novorizontino awaits the winner of the match between América-MG and Falcon.