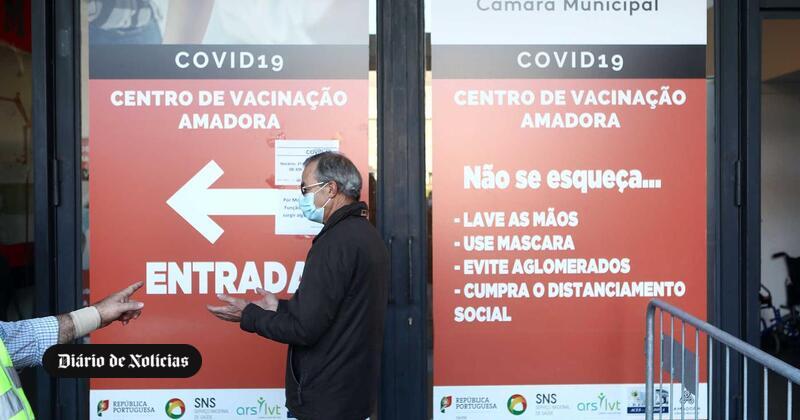 In the last 24 hours, 40,134 new cases of covid-19 were confirmed in Portugal, according to the epidemiological bulletin of the Directorate-General for Health (DGS). This means that this was the second day with the most cases in the country, after 40,945 cases were registered this Wednesday.

There are 22 more deaths due to the disease, according to this Thursday’s report (January 13).

A total of 1699 patients with the SARS-CoV-2 virus are now hospitalized (64 more than the day before), of which 162 are in intensive care units (five less).

Lisbon and Tagus Valley (LVT) and the North are the regions with the most cases, with 16,062 and 14,866, respectively, representing 77% of the country’s total infections. With regard to deaths, 12 were declared in LVT, six in the North, three in the Center and one in the Azores.

In the last 24 hours, 30,041 people were reported to have recovered from the disease.

Updated data on the pandemic in Portugal on the eve of the reopening, on Friday night, of bars and clubs, after another three-week closure due to covid-19.

To enter these spaces, customers must present a negative test for covid-19, with the exception of those who “demonstrate having been vaccinated for at least 14 days with a booster dose” against the disease or who have a certificate of recovery.

Before the current closure, bars and clubs had reopened in October for the first time since the beginning of the pandemic in Portugal, after 19 months stopped.

Confirmed case contacts who have self-tested should confirm results

According to the updated DGS standard, high- and low-risk contacts of confirmed cases of covid-19 who have self-tested must confirm the result with a rapid antigen test (TRAg) or nucleic acid amplification test (TAAN).

This confirmation test, which is required regardless of the self-test result, should preferably be performed within 24 hours.

In the standard on the national testing strategy for SARS-CoV-2, the DGS also defines that symptomatic people with suspected infection, regardless of vaccination status, should undergo TRAg or ANTH. Those who perform a self-test and the result is negative, must confirm with TRAg or TAAN within 24 hours.

On the other hand, people without vaccine booster and who want to visit patients hospitalized in health facilities, homes or institutions that support and host the most vulnerable populations and prisons need to be tested. If they do a self-test and the result is positive, they must perform a TRAg or confirmation TAAN within 24 hours and these will be the results that count.