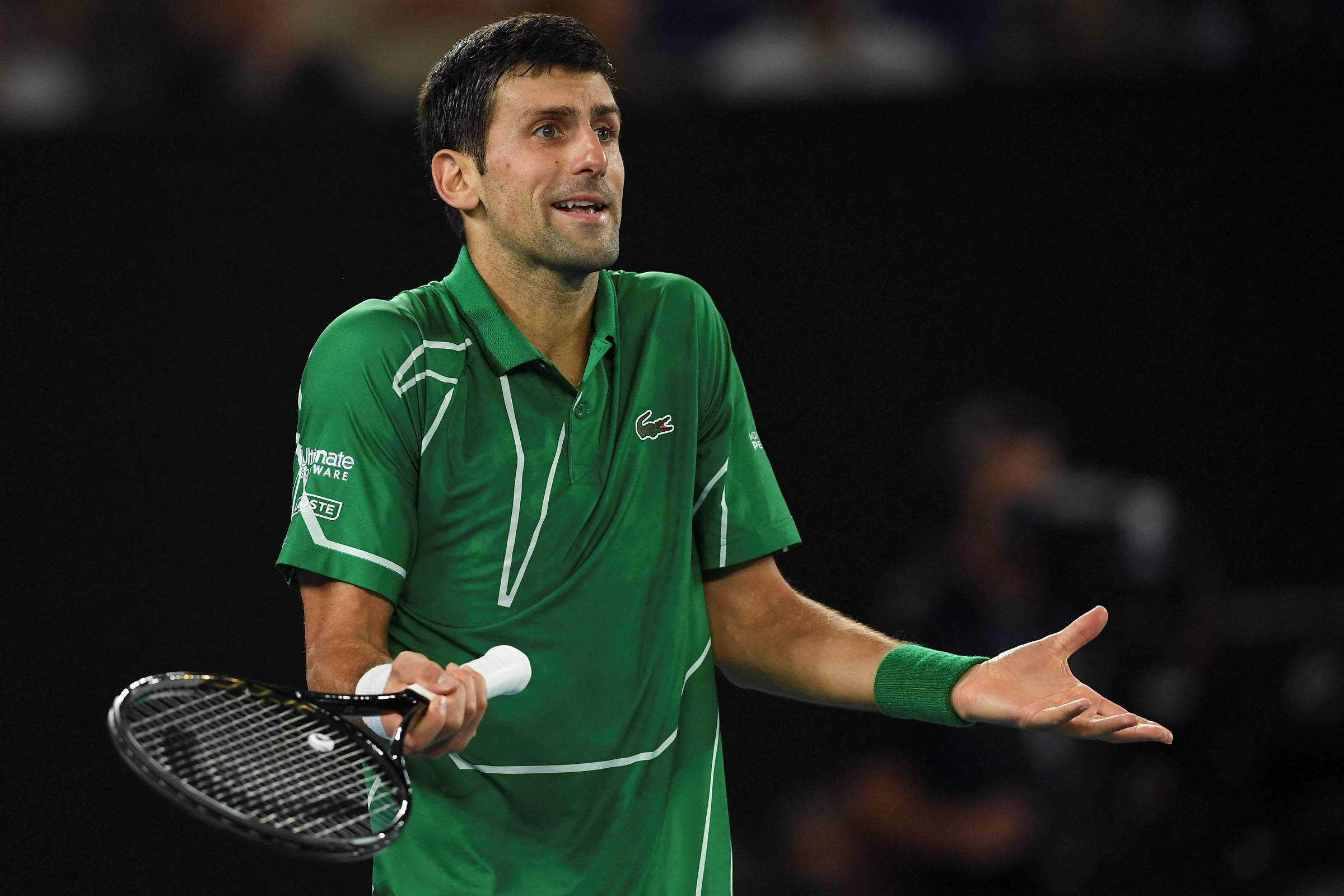 Serbian tennis player Novak Djokovic was arrested in Australia on Friday, hours after his visa was revoked for a second time due to a lack of vaccination against Covid-19.

Lawyers for the 34-year-old athlete, the number one tennis player in the world, have taken action in court to try to overturn what they called an “irrational” judgment.

A hearing on his situation is scheduled for this Sunday in Australia, still Saturday in Brazil (19:30 GMT).

The following day is scheduled for his debut at the Australian Open, a tournament he has won on nine occasions. If he can compete and win this year, Djokovic could become the most successful men’s tennis player in history, with a record 21 Grand Slam titles (Australia Open, Roland Garros, Wimbledon and US Open).

But in his court dispute, the hearing on Sunday, the tennis player could be deported and lose the right to an Australian visa for three years, if he is defeated.

Earlier, the visa was revoked for “health and order” reasons, according to Australian Immigration Minister Alex Hawke.

“Today I exercised my power… to cancel Mr Novak Djokovic’s visa for reasons of health and order, based on the public interest,” the minister said in a statement.

At the moment, Djokovic remains scheduled to play at the Australian Open according to organisers, and is set to face fellow Serbian Miomir Kecmanovic in his debut early next week.

If he is deported, however, his seat will likely go to Russian player Andrey Rublev.

Djokovic’s visa was first revoked shortly after his arrival in Melbourne on January 6, after Australian immigration officials said he “failed to provide sufficient evidence” to receive a vaccine waiver.

Public opinion also reacted against Djokovic, as many Australians had to face strict quarantines. Many were outraged by the visa given to an unvaccinated athlete.

Djokovic was detained for hours at immigration control at Melbourne airport and then spent days at an Immigration hotel. Subsequently, his visa was reinstated by a judge, who ordered his release, ruling that border officials had ignored the correct procedure.

The law allows him to deport anyone he considers a potential risk to “the health, safety or good order of the Australian community”.

Prime Minister Scott Morrison said the decision was made after “careful consideration”.

“Australians have made many sacrifices during this pandemic and rightly hope that the outcome of those sacrifices will be protected. That is what the minister is doing in taking this action today,” he said in a statement.

This comes after Djokovic claimed that his agent had made a false statement on his travel form. Djokovic also said he met with a journalist after testing positive for Covid-19.