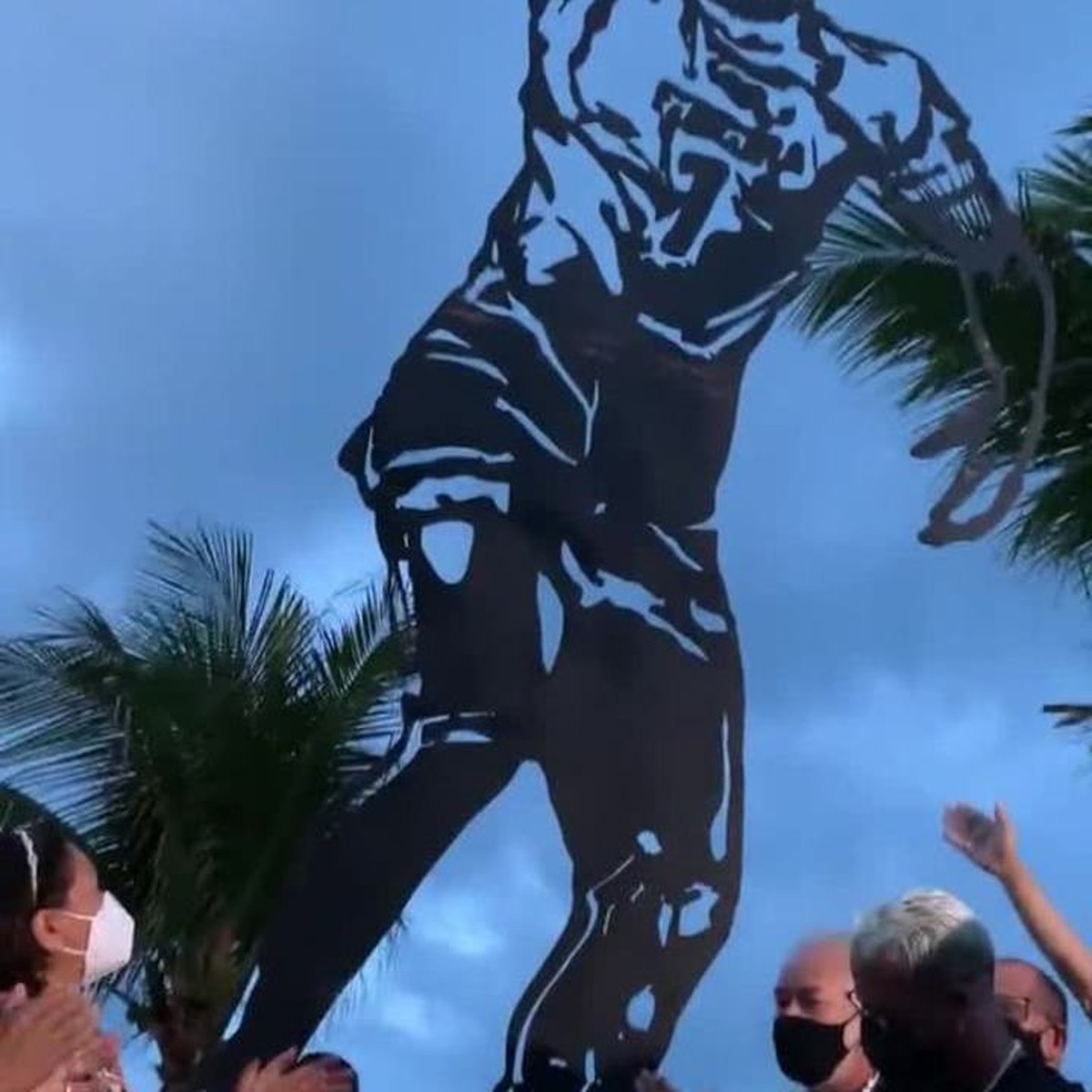 Surfing’s first Olympic champion will now be a tourist attraction in the form of a sculpture in the city where he was born. The work in honor of Italo Ferreira was inaugurated in the late afternoon of this Friday, at Praia do Pontal, in Baía Formosa, on the south coast of Rio Grande do Norte.

The sculpture made in iron has the signature of the artist Guaraci Gabriel, who has already developed identical works in honor of Pelé and Marinho Chagas, which are exhibited in Natal – in the North Zone and Frasqueirão, respectively -, in addition to the educator Paulo Freire, installed near Pico do Cabugi, on BR-304.

The tribute to Ítalo had been announced by Governor Fátima Bezerra in August, a few days after winning the Olympic gold in Tokyo. The 2019 world champion surfer was born in Baía Formosa and lives and trains in the city to this day.

– This sculpture symbolizes the beautiful story of Ítalo, who pursued his dream with great difficulty, persistence, humility and, above all, with a lot of talent – published the governor on a social network.

– We want to thank the visual artist Guaraci, one of the world’s greatest talents in the visual arts, who donated the sculpture and decided to honor the athlete after winning the Olympic gold – he added.

Ítalo has been training hard for the start of the 2022 World Tour, scheduled for January 29, in Pipeline, Hawaii. The potiguar surfer practically did not stop on vacation. Passing through Fernando de Noronha before the turn of the year, the “brabo” gave a show with aerials and tubes.

Alongside Gabriel Medina, three-time world champion in 2021, and Filipe Toledo, the Olympic champion is once again one of the favorites for the WSL title. Hawaiian John John Florence, recovered from a serious injury that took him out of last season, will also be in the fray.

All stages of the 2022 World Circuit will have sportv broadcast, and ge follows everything in real time!