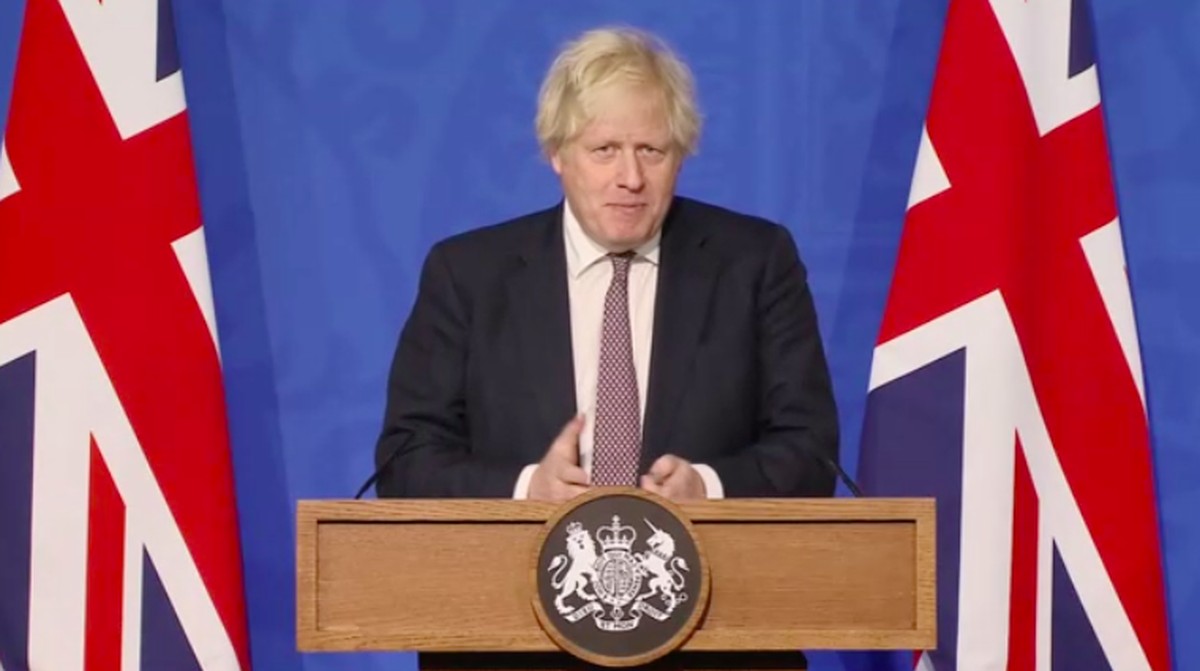 The scandals do not stop accumulating in the crisis that involves the government of the British Prime Minister, Boris Johnson. This Friday (14), the newspaper “The Telegraph” revealed a new party, watered with a lot of alcohol, in Downing Street on the eve of Prince Philip’s funeral, when the British were not allowed to hold meetings indoors.

For the second time this week, the prime minister has apologized for his behavior, but public repentance doesn’t seem enough to calm Britons’ tempers. Calls for Johnson to step down are no longer just from opponents. Some conservatives consider the prime minister’s stance to be indefensible.

The prime minister, so far, seems unwilling to resign. However, there is another threat to the government. If 54 Conservatives cast votes of no confidence in Boris Johnson, the prime minister will have to step down.

The British prime minister is accused of having attended parties held in Downing Street at times when the United Kingdom was under severe restrictions due to the Covid-19 pandemic.

The first of them would have brought together about a hundred people in May 2020. At that time, the British were prohibited by law from meeting more than one person in addition to those they lived with.

On Wednesday (12), the prime minister acknowledged having participated in the party he had previously referred to as a work event.

Before Parliament, Boris Johnson lamented what had happened: “I want to apologize. I know the anger of the British people when they think that the rules are not followed by those who set them.”

According to his version, he planned to attend a work meeting late on May 20, 2020, but found that there were a hundred employees invited to the Downing Street garden event, where each person could bring their own. alcoholic beverage.

Johnson’s speech was not convincing enough, especially since it was just one of the events he is suspected of having organized during times of prohibition.

Last year, his former adviser, Dominic Cummings, had accused the prime minister and his wife of organizing a party in their apartment during the second nationwide lockdown on November 13. Boris Johnson denies holding this party.

In total, 12 parties are suspected to have been organized in Downing Street in breach of health restrictions due to Covid-19, according to the conservative Evening Standard newspaper. The investigation of the meetings is being carried out by civil servant Sue Gray, and her report is expected in the coming weeks.

A report in the newspaper “The Daily Telegraph” showing that two parties took place at the main address of the British government on the eve of Prince Philip’s funeral further inflamed the crisis.

While the British were banned from meeting indoors and the country was in national mourning for the death of Queen Elisabeth’s husband, an alcohol and music party in Downing Street brought together around 40 people.

The scene described by the report is in scandalous contrast to the image of Queen Elisabeth dressed in black and sitting alone in the chapel of Saint-Georges de Windsor for her husband’s funeral.

British Prime Minister Boris Johnson’s office apologized to the Queen on Friday. “It is deeply regrettable that this happened at a time of national mourning and 10 (Downing Street) apologizes to the Palace,” a spokesman for the Conservative leader said. The apology was made through official channels.

During the week, opposition Labor MPs had already publicly called for the prime minister to step down. Now, conservative politicians are starting to make the same move.

The negative image of Boris Johnson is beginning to affect the party, which will contest local elections in May 2022 and, in the latest polls, realizes the weight of the crisis involving the prime minister.

The Scottish Douglas Ross, one of the main leaders of the Conservative party, called for the resignation of Boris Johnson. The request was supported by several Conservative MPs.

Englishman Roger Gale increased his tone: “I believe the time has come for the Prime Minister to leave with dignity as his choice or by the [regra] of the 1922 committee”, mentioning the possibility of votes of no confidence removing the prime minister.

According to the BBC, Andrew Bridgen presented his letter of distrust to the committee on Thursday night (13), denouncing “a moral vacuum at the heart of government”.

It is not known how many letters have reached the Conservative Committee, some English media speak of three dozen. It takes 54 votes of no confidence for Johnson to have to leave Downing Street.

Boris Johnson is under pressure for office due to recent controversies – Photo: AFP / PRU

The government asks for patience for the end of the investigations of Sue Gray, who must present a report by the end of the month and, possibly, propose punishments.

Will the British crisis last until the May elections? This is an important issue in the country, however, the departure of Boris Johnson is starting to be considered probable. In political circles, the question is no longer whether he will leave, but when.