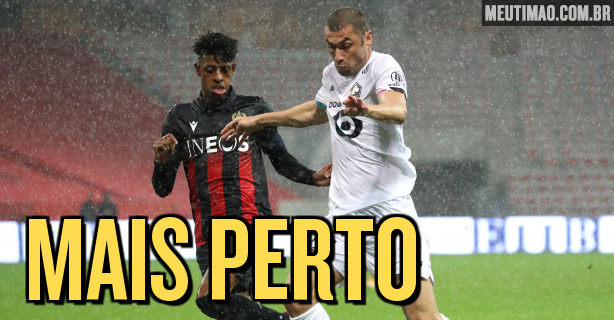 Defender Robson Bambu came even closer to an agreement with Corinthians this Friday. After arriving in Brazil, the player, who defends Nice, from France, underwent medical examinations at CT Joaquim Grava. The information was initially disclosed by reporter Marco Bello and confirmed by My Helm.

Bamboo underwent exams at the CT and then went to a clinic that partnered with the club to do other complementary exams. Corinthians is now awaiting the results to finalize the hiring process. If everything goes well, the player must sign his contract and be officially announced by the beginning of next week.

At the age of 24, Robson Bambu has a contract until mid-2025 with the French team. The team paid eight million euros (about R$47 million at the time) in June 2020 in the defender. His contract with Corinthians, therefore, must be on loan.

Bambu’s arrival is due to the lack of pieces in Corinthians’ defense. Sylvinho started 2022 with Gil, João Victor and Raul Gustavo as options. Defender Danilo Avelar remains in the squad, but the board has said, more than once, that he will no longer play with the white shirt.

Robson Bambu was revealed by Santos, but agreed with Athletico Paranaense in early 2019. The defender was the starter in the Copa do Brasil champion campaign, in addition to having played the Pre-Olympic with the Brazilian team.