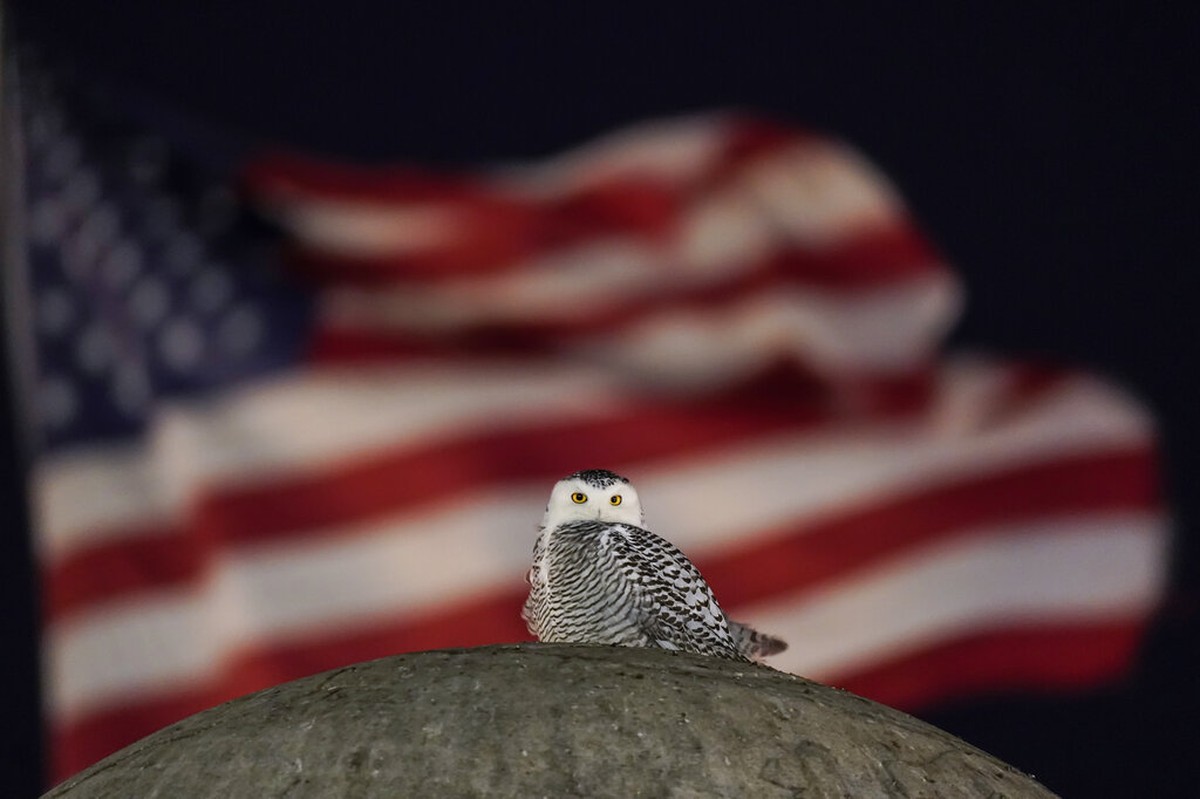 Night falls in Washington DC and dozens of onlookers watch with binoculars and point their cameras at a young bird with sumptuous white arctic plumage, standing atop a statue near the Capitol.

The rumor has been circulating for days that the snow animal had arrived in the city.

“It’s there!”, shouts one of the aficionado ornithologists (a bird scholar), followed by turning the tripods in search of a better angle to capture its beauty.

“It’s great!”, says enthusiastically, Meleia Rose. “I’ve had a lot of time watching birds and this is the first time I’ve seen a Snow Owl. I’ll add it to my list.”

Many North Americans are passionate about bird-watching, and the week-long presence of this species of tundra in Washington has caused a stir.

From here “you can see the Capitol… The contrast between wildlife and the city is striking, especially in Washington, with all these emblematic monuments”, she commented with her husband, Alex. They left a baby with a nanny in their house so they could enjoy this moment in peace.

Like many others, Rose found out through eBird, a network aimed at passionate ornithologists who raise awareness of the presence of rare birds in the community (290,000 enthusiasts made 200 million sightings in 2021, across the planet).

On this occasion, the photographers do not hide in the woods or on the shores of a lake, but in the imposing facade of the Washington train station, Union Station, and a busy avenue, in an embankment populated by shacks of homeless people and infested with rats, potential prey of this snowy owl.

Due to its plumage, a mixture of gray and white, it is believed to be a young owl. Observant at the top of the statue, she looks with her yellow eyes all over the esplanade in search of prey, preferably a rodent, which will end up trapped in her claws.

Among the crowd of onlookers is the Swiss ambassador to the United States, Jacques Pitteloud, another fan of ornithology.

“Seeing a snowy owl is such an unlikely milestone that it was a special pleasure,” the diplomat told AFP, who “has had the animal on his list for a long time”.

With their enormous white wings, these “birds of snow and ice” are “like creatures from another world,” says Kevin McGowan, a professor in the ornithology laboratory at Cornell University.

Snowman spotted in the US capital on January 7, 2022 — Photo: AP Photo/Carolyn Kaster

The snowy owl normally inhabits arctic areas of the North Pole in summer and most birds migrate south during the winter but usually settle on the border between Canada and the US.

Its presence in an area so far south, “is like having a polar bear in the neighborhood” completes the ornithologist.

“It’s a fascinating bird, even more so for bird lovers from the Washington region, where its presence is really rare. It’s something amazing!”, celebrated Scott Werdensaul, co-director of the SnowStorm project, which takes a record of its presence in North America to AFP.

Snowman spotted in the US capital on January 7, 2022 — Photo: AP Photo/Carolyn Kaster

According to him, the number of bird watchers “has probably grown even more in the pandemic, because it’s a hobby where you can maintain social distance, chart your own path…”.

Accompanied by their parents, some children pointed their fingers at the statue in an attempt to see the bird they probably knew through the Harry Potter films: the “owl” Hedwig, the young wizard’s faithful companion, is a snowy owl.