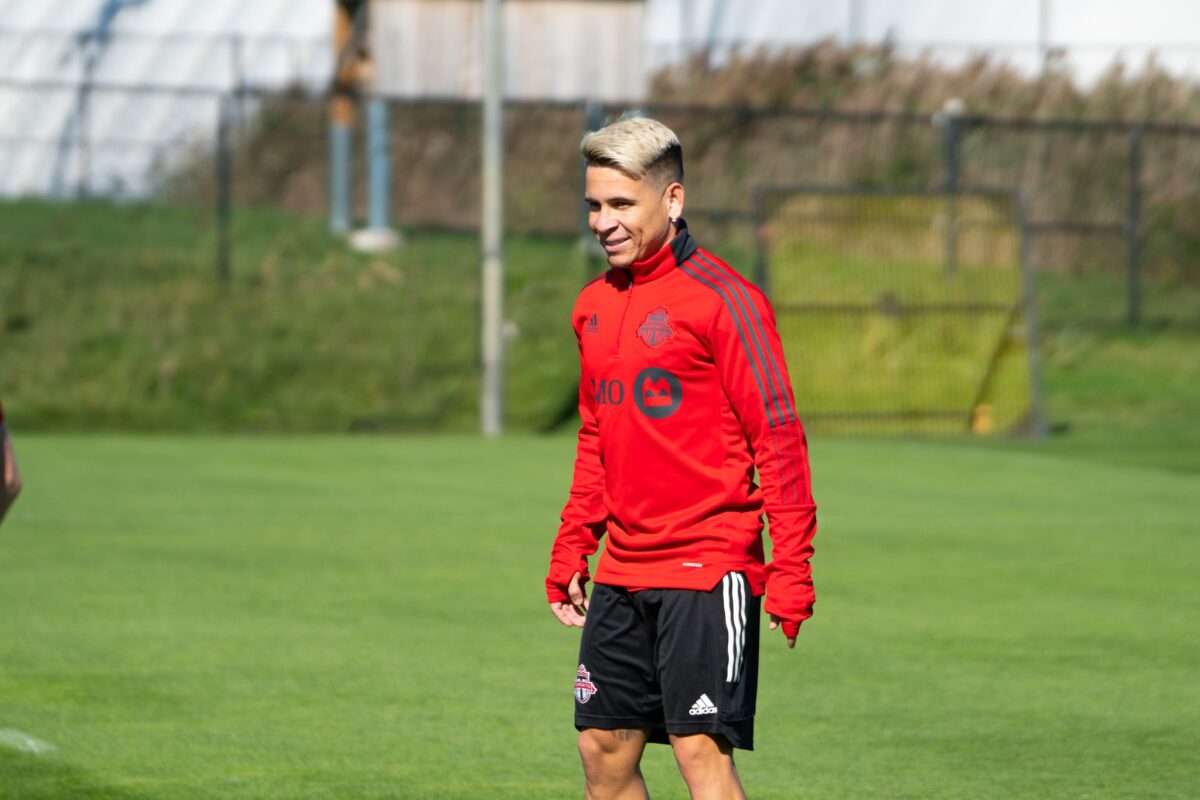 Soteldo was offered to Internacional

Striker Yeferson Soteldo, ex-Santos and current Toronto player, was offered to Internacional. Colorado is in the market looking for an athlete in the position, but so far there is no negotiation with the Venezuelan.

Soteldo has a contract until December 2024 and it is necessary to make a proposal that pleases the American club to count on the player. Internacional faces financial difficulties and for this reason may not be so willing to count on the acquisition.

The Venezuelan is one of the hottest players in the transfer window. São Paulo tried to hire the athlete and was very close to an agreement, but the negotiation cooled down and Soteldo continues in search of a club for the next season.

Trending:
Check the dates and times of all Inter matches at Gauchão 2022

Despite the long contract with Toronto, the player is interested in a return to Brazil. In addition to Internacional, the athlete had already been offered to Flamengo. Recent information shows that the player is one of the targets of the carioca club and a proposal has been made in recent days.

Trending:
Paulo Bracks’ style of work is revealed and scares the Internacional fan

Yeferson Soteldo is only 24 years old and is considered one of the best players in Venezuelan football. The striker drew attention in Brazil when he played for Santos between 2019 and 2021, being one of the main highlights of the Brazilian Championship.

Soteldo signed with Toronto for 5.91 million euros in April 2021. The player was one of the club’s main highlights of the season, with 26 games, four goals and six assists. Despite the positive year, the striker is willing to sign another team for 2022.

Trending:
Rodrigo Caetano is emphatic about Edenilson by Savarino

Soteldo: Internacional keeps other ends on the radar

Internacional has Soteldo on their radar, but understands that the negotiation may not materialize and has other ends in its sights. Colorado recently made proposals by David (Fortaleza), Marinho (Santos), Ezequiel Barco (Atlanta) and Brian Rodríguez (Los Angeles).

Trending:
Rodrigo Caetano is emphatic about Edenilson by Savarino

The direction and coaching staff of Alexander Medina made an analysis of the cast and noticed some lacking positions in the group. The club’s priority at the moment is the hiring of a right-back, a midfielder and two wingers.