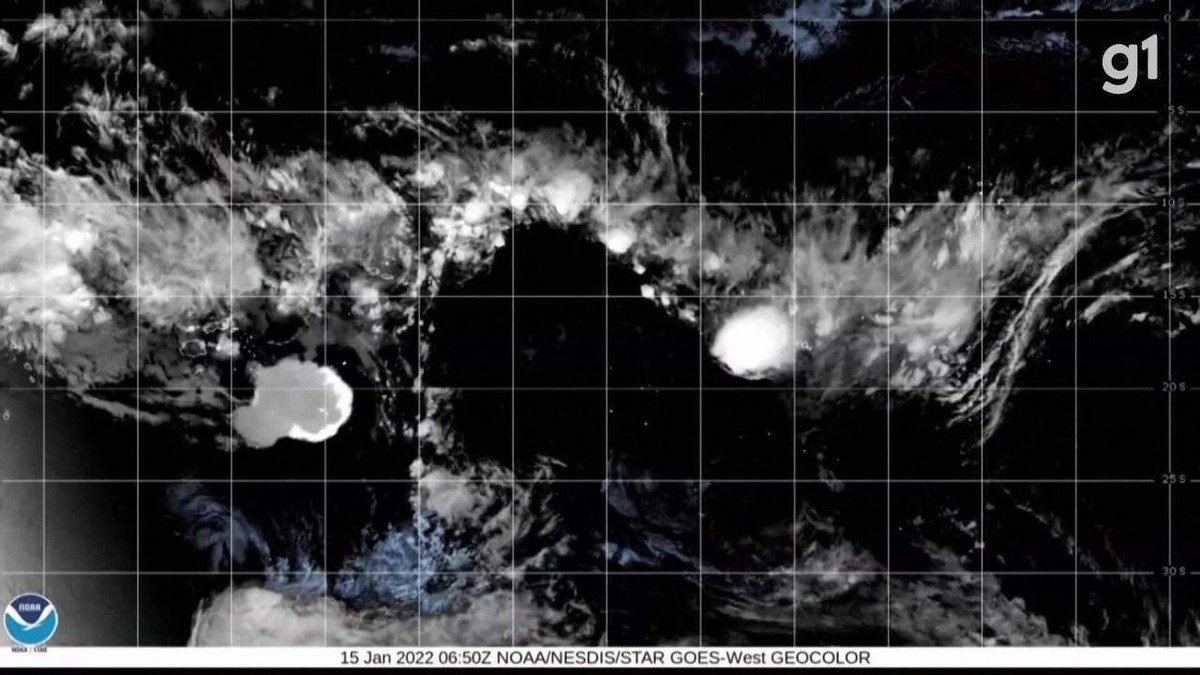 The eruption of an underwater volcano in the Tonga archipelago on Saturday (15) triggered a tsunami in the South Pacific.

A US base in American Samoa confirmed the tsunami warning and said there were already large waves advancing over the region.

The eruption of the Hunga Tonga-Hunga Ha’apai submarine volcano was recorded during the dawn. It is located 65 km north of the capital of Tonga, Nuku’alofa.

Images circulating on social media show the tidal wave advancing on houses on some islands in the area.

According to the Australian Meteorology Office, the movement caused a 1.2 meter tsunami, but that there is no risk of the tidal wave approaching the mainland country.

Waves measuring 83 centimeters were recorded in the Tongan capital, according to the Pacific Tsunami Warning Center.

The Tonga archipelago is located in a zone of great seismic activity, the so-called “Pacific Ring of Fire”, due to the meeting of tectonic plates.