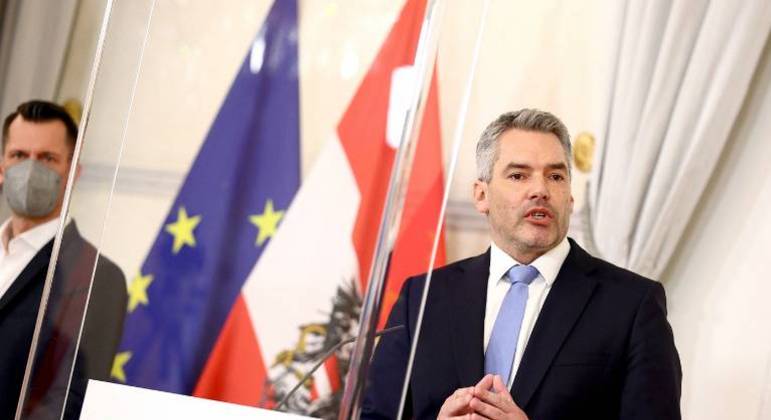 Covid: with a fine of up to R$ 22 thousand, Austria starts mandatory vaccination – News

Abhishek Pratap January 17, 2022 News Comments Off on Covid: with a fine of up to R$ 22 thousand, Austria starts mandatory vaccination – News 19 Views

Austria will be the first country in Europe to make vaccination against the coronavirus mandatory in early February, under penalty of heavy fines, the Austrian chancellor said on Sunday.

“As planned, we will make vaccination mandatory in early February” for adults, conservative Karl Nehammer, who leads the country with environmentalists, told a news conference.

Throughout the week, the topic was the subject of heated debates in Parliament, but also among the population.

The issue deeply divides the country, where about 71.5% of people have completed the vaccination schedule, a low number compared to other western countries.

“It’s a sensitive project, but in line with the Constitution,” insisted Nehammer. “An adaptation phase is planned for those who are more reluctant until mid-March,” he added.

The chancellor said that, after the period, controls will be carried out and not being vaccinated will constitute a crime with a financial penalty between 600 and 3,600 euros (R$ 3,792 and 22,752), in case of persistence.

Last Saturday (15), around 27,000 people demonstrated in the Austrian capital against the measure, claiming that it goes against individual freedoms.

The Austrian government has a large majority in Parliament: in addition to the Conservatives and Environmentalists, the leaders of the Social Democratic and Liberal parties support the text. Only the extreme right opposes it.