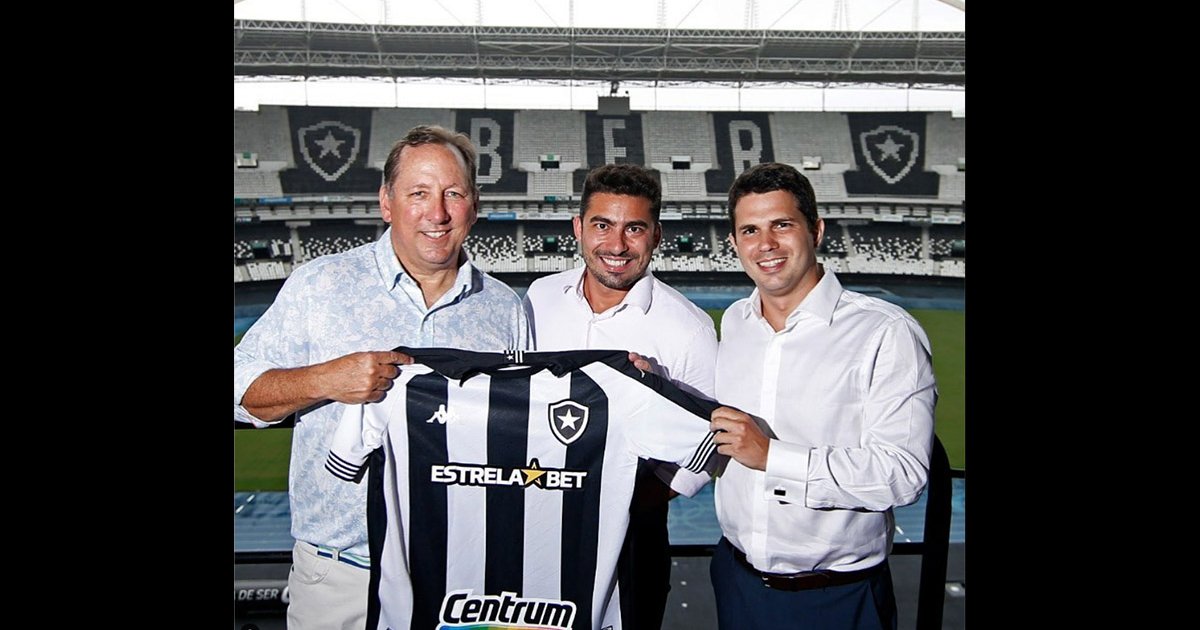 Thairo Arruda, director of Matix Capital, is one of the consultants for John Textor in the purchase of SAF of Botafogo, alongside his partner Danilo Caixeiro. In an interview with Rádio Gaúcha’s “Domingo Esporte Show”, he opened the game and gave several details about the project.

With the ambition to become the leader in this club acquisition market, Matix Capital represents foreign investors and believes that in the coming years at least 50% of Brazilian clubs will adhere to the SAF model.

Regarding Botafogo, Thairo Arruda revealed that the entire debt of Botafogo will be under the responsibility of John Textor and indicated that they are already looking for “interesting” reinforcements, even in the transition period before the final signing of the contract.

Read the highlights of the interview below:

– The fan’s euphoria is very justifiable. Botafogo, as everyone knows, was practically in the ICU and the SAF law was a great precursor to change in Brazilian football, it allowed Botafogo to dream of great achievements. We opened Matix Capital three years ago, and since then we’ve talked to major investors around the world. We started our work in Europe, looking for investors for Portuguese and Spanish football. After the Brazilian market opened up, we started this process of educating some investors about this market. John Textor was one of the first to appreciate this opportunity to invest in Brazil. We started to educate him about the market, what the expectations would be, we tried to understand his project and then suggest the club that best fit him. That’s how we arrived at Botafogo.

– John was just surprised. With each passing day, he becomes more passionate. He told me and Danilo (Caixeiro) that we didn’t prepare him well for this, he didn’t really expect all the affection from the airport.

– The acquisition process has not yet ended. There are the definitive contracts that will be built and the audit process that will be finalized in the next 60 days. All clubs that follow this path will do so. It’s a new CNPJ, you have to transfer the assets, such as athlete contracts, licenses and sponsorships. It’s bureaucratic, it involves CBF and the Board of Trade, a whole process until everything can be signed.

– This investment of R$ 350 million is entirely to the Botafogo SAF. In relation to debt, we started evaluating the best way to handle this liability. Obviously, the SAF law already has provisions, such as 20% of revenues being transferred to the payment of civil and labor debts. And the tax debt, which has already been negotiated for 12 years, will also be paid by the SAF. In the end, John, or SAF, is fully responsible for all of Botafogo’s liabilities. Part of this liability will be paid with 20% of the revenue that Botaogo generates and the other part will be paid with additional payment that SAF must make to Botafogo to comply with tax liability.

– There are two phases. The first is this transition, where John is not empowered to make decisions. You will have this power from the moment you sign a definitive contract. The club structured a Transition Council, composed of three club members and two investor members. These five people will make the decision until the definitive contract is signed. Afterwards, the board changes, creating the SAF Board, with five members, four of which belong to the investor. From there, John can really implement the vision and project he has for Botafogo.

– We are looking for interesting names for the current squad, the window doesn’t wait too long. We are working with the club for relevant signings that do not impact the budget during this transition period. Most of the contribution will come after the signature of the definitive contracts. We still have to be very prudent in signings and not bring in anyone who could harm the club’s budget.

Back to Serie A

– The transition is always very difficult. Even though the squad was champion last year, we don’t know how it will perform in First division. This is really not an area that I understand a lot, I leave this assessment and diagnosis to the people of the club’s football.

Food maven. Unapologetic travel fanatic. MCU's fan. Infuriatingly humble creator. Award-winning pop culture ninja.
Previous Panic beats Spider-Man to top box office
Next “The readjustment should not be given only to this or that category. This is a myopic view”