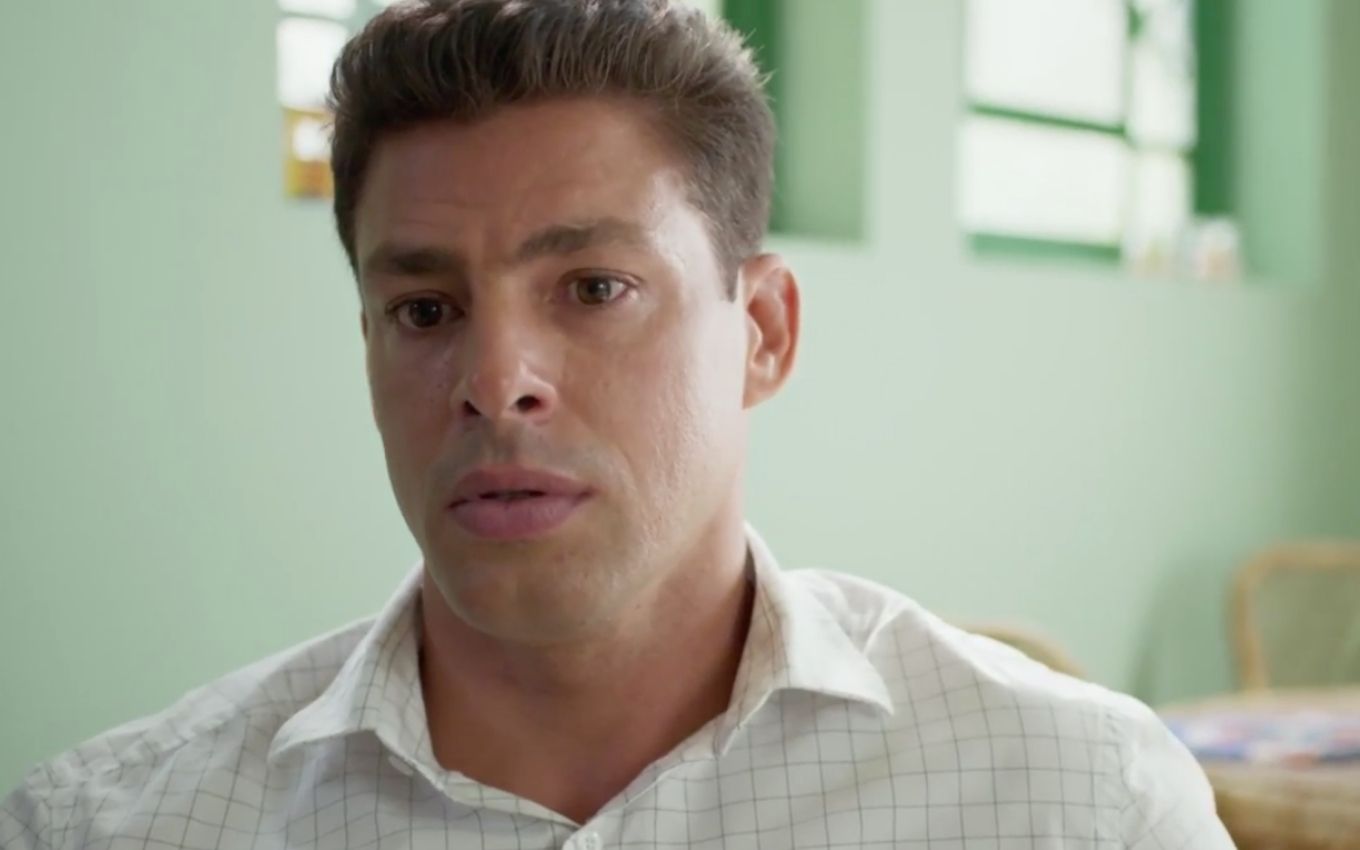 Rejected by Lara, Christian even uses Noca to turn the tide · TV News

Excluded from Lara’s life (Andréia Horta), Christian/Renato (Cauã Reymond) will even use Noca (Marieta Severo) to stay close to his beloved in Um Lugar ao Sol. that she invests in the restaurant-school in Globo’s nine o’clock soap opera. He will not accept that the young lady undoes the partnership in the social project and will still run after her, who will be single this week.

Barbara’s husband (Alinne Moraes) will take a “come there” from Mateus’ partner (Danton Mello) this Monday (17). Christian will believe that his ex-girlfriend already knows about his real identity and will kiss her.

Lara, however, will still be unaware that she is in front of the poor twin and will reject him. She will scold him with a slap in the face and, later, will end the partnership of Escondidinho da Noca with Rede Redentor.

As seen in the novel, Christian had the idea of ​​placing the restaurant of the character played by Marieta Severo in a sustainable initiative sponsored by the supermarket in Santiago (José de Abreu) ​​to reuse food. In addition, Noca’s granddaughter started teaching professional training classes for low-income people.

Worried about the project, the protagonist “will act in the shadows” to keep the initiative standing, but of course, deep down, he doesn’t want to leave the loved one’s close. In Friday’s chapter (21), Elenice’s (Ana Beatriz Nogueira) false adopted son will transfer to Noca. He will still ask the woman to secrecy, but she will reveal everything to her granddaughter.

Lara wants to get away from the fake Renato

Monday, 1/17 (Chapter 61)
Lara is disconcerted in front of Mateus upon hearing Christian/Renato’s message. Barbara tells Nicole that Santiago hosted Stephany at the aparthotel and informs Roney of the woman’s whereabouts. Marie asks Mateus if he is going to separate from Lara. Joy threatens to disappear if Ravi doesn’t take Francisco.

Mateus is annoyed with the attention Lara gives to Ravi. Christian/Renato observes Ravi talking to Lara and deduces that the friend told his ex-girlfriend everything. Christian/Renato declares his love for Lara and kisses her, thinking that Doca’s granddaughter already knows her true identity.

Eusébio makes it clear to Christian/Renato that he knows that the executive took advantage of him to take money from the company. Rebeca comes across Felipe at Ilana’s production company. Ilana tells Rebeca that she is far from Breno. Christian/Renato asks Elenice to borrow money. Lara tells Mateus that Christian/Renato kissed her.

Wednesday, 1/19 (Chapter 63)
Mateus ends his marriage with Lara. Noca receives a mysterious phone call. Geize and Dalva are surprised when Noca tells them that she is going to the funeral of a friend. Ravi hands over the money Christian/Renato gave him to Inácia to leave Yasmin with him. Elenice is disconcerted when Santiago tells her that Christian/Renato is too young to take over the company.

Christian/Renato tells Bárbara that Túlio will end Redentor if Santiago gives him the position of president of the company. Rebeca notices Ilana and Gabriela’s complicity. Lara looks for Christian/Renato, saying she needs to talk to the boy.

Thursday, 1/20 (Chapter 64)
Lara makes it clear to Christian/Renato that the deal between them is over. Jerônimo helps Noca who faints. Thaiane complains to Neuza about not being recognized as a daughter by Jerônimo. Ravi is excited about Lara’s invitation to work at the restaurant.

Christian/Renato asks Ravi to forget about Lara. Sueli insists that Noca approach Jerônimo. Lara asks Christian/Renato to step away from her life. Thaiane gets information from Sueli on where Noca’s restaurant is and decides to go to Rio de Janeiro.

Barbara asks Nicole why she doesn’t admit she likes Paco. Gorete finds Ravi’s cell phone in Christian/Renato’s jacket and gives it to Barbara. Breno feels uncomfortable to see that Ilana is very dependent on Gabriela. Lara calls Ravi’s cell phone, which is with Barbara.

Saturday, 1/22 (Chapter 66)
Christian/Renato arrives just as Barbara answers Ravi’s cell phone. Barbara tells Elenice that she is thinking about adopting a child. Elenice and Barbara sign a pact to harm Erica. Christian/Renato guides Ravi to call Lara and say he got a job.

The chapters of Um Lugar ao Sol are provided by Globo and are subject to change without notice.