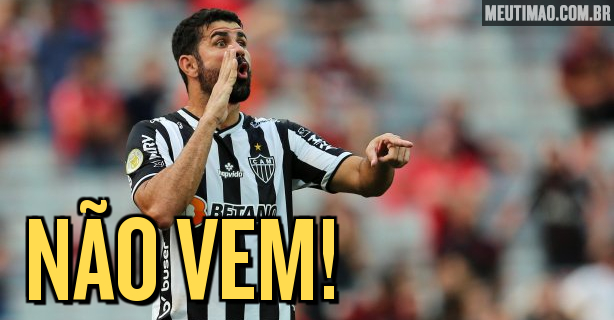 Corinthians will not sign striker Diego Costa. This is what President Duilio Monteiro Alves assured this Friday afternoon. The representative was very direct and stated that there is no chance of the player arriving this season at the Parque São Jorge team.

“Corinthians did not make a proposal to Diego Costa and waited for him to return. This is not true. We listened to what he intended and Corinthians was studying. In a transparent way, Corinthians will not bring Diego Costa. Corinthians is not only not waiting, but is also unable to carry out this operation. It is not interesting for Corinthians the model she became. So, Diego Costa, at this moment, will not play for Corinthians”, said Duilio in an interview with the program Market Center, from GE.

“I think I can say this: Diego Costa, in this window, will not come to Corinthians. I really like it, I think it looks like Corinthians, it could help us, but it’s an operation that doesn’t close the bill. Regardless of having a partner, who can help another athlete. Even with a sponsor paying, I need to be responsible. Corinthians is still in the market and studying hard, we are not in a hurry. I got hit a lot, but no problem,” he added.

The representative also explained that the club does not intend to wait for the decision of any player. The priority is to bring athletes who want to wear the white shirt and who fit within the current financial expectations of the team and Brazil.

Since the first disclosures of a conversation between Diego Costa and Corinthians, the alvinegra board made it clear that it would only deal with the athlete when he was free on the market. Last weekend, the player announced his departure from Atlético-MG and started a conversation with Timão. Despite the “dating” with the Parque São Jorge team, several clubs abroad showed interest in hiring the athlete – which seemed to be Diego’s option as well.

Duilio also spoke again about Corinthians not expecting any player, but stressed that Diego Costa “wanted to play Corinthians” and that the club listened to the athlete’s every wish, but that the deal presented did not please.

“We will bring a number nine, a strong player, but we have to be patient and have time to do it. The athlete needs to fit into the plan, what the coach asked for, and also be a good financial deal. Diego, today, is not a business that pleases us in the way it was presented. Corinthians does not continue in this negotiation. He never questioned whether or not to play for Corinthians. Corinthians listened to the athlete’s wish, we need to be fair with Diego. Corinthians will never wait for anyone, it’s too big for that. It didn’t come within the budget, it wasn’t an interesting business. He wanted to play for Corinthians, if we had to wait we would never wait a second. We only want those who want to play a lot here”, concluded Duilio.