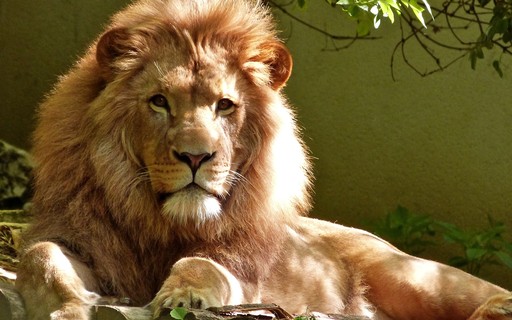 Researchers at the University of Pretoria in South Africa, have raised new concern about the novel coronavirus, which continues to set records for new cases around the world.

A study released on Tuesday, 18, concluded that lions at a South African zoo were infected by their keepers with the virus that causes covid-19 and developed severe symptoms of the disease, taking up to 7 weeks to recover – which sparked the alert about the risks of the virus spreading between animals in nature and creating new mutations.

Researchers began monitoring captive wild animals at South African zoos and conservation sanctuaries after a tiger at the Bronx Zoo in the US became ill in April 2020, according to Professor Marietjie Venter, the study’s principal investigator. .

The team initially monitored two cougars who contracted the coronavirus at a private zoo in July 2020, during the country’s first pandemic wave. About a year later, in the same place, three lions began to show symptoms similar to those of covid-19 in humans: breathing difficulties, runny nose and cough. In addition to the animals, a zookeeper and engineer also tested positive.

Using sequenced samples from the infected lions and humans, the researchers were able to determine that both the animals and the keepers were infected with the Delta variant. The lions recovered after 25 days, but were PCR positive for an additional three weeks.

The data analyzed by the study suggested that the viral load the lions carried declined over those weeks, but it was unclear how long they were able to transmit the disease. Animals, like people, can develop severe symptoms. An older lioness developed pneumonia.

In the case of cougars, which are not native to the country, symptoms included loss of appetite, diarrhea, runny nose and persistent cough. Both cats made a full recovery after 23 days. In a captive environment, the infected animals were kept in quarantine, but in parks across South Africa, where lions are a tourist attraction, controlling an outbreak can be “very, very difficult,” the study said, particularly if the virus is not detected.

In certain locations, lions are often fed by humans rather than hunting for themselves, which increases the chance of exposure to the virus. the virus throughout the period they tested positive, prolonged periods of infection in big cats would increase the risk of an outbreak in the wild spreading more widely and infecting other species, the researchers said.

This could eventually make the virus endemic among wild animals and, at worst, give rise to new variants that can return to humans.” then back to humans,” said Venter, a professor of medical virology, who teamed up with a wildlife veterinary scientist for the study. The animals were infected long enough “so that the virus could actually mutate,” she said.

The transmission of viruses between animals and humans is a reality known to scientists. The coronavirus itself would have originated in bats and ended up “jumping” to humans, in what is known as an “overflow” infection. – can devastate entire ecosystems in the wild.

Infections that have reached the wild may also expand the potential for the virus to spread unchecked and mutate in animals, potentially into variants dangerous to humans. A well-studied phenomenon involves infections among large populations of captive mink.

On a mink farm in Denmark, the virus mutated into a new strain during the switch from human to animal, leading to mass culling across the country and Europe to prevent its spread back to humans.

In contrast, the South African study involved small outbreaks, but Venter noted that the spread in mink shows the potential danger of larger outbreaks in wildlife. (WITH INTERNATIONAL AGENCIES)