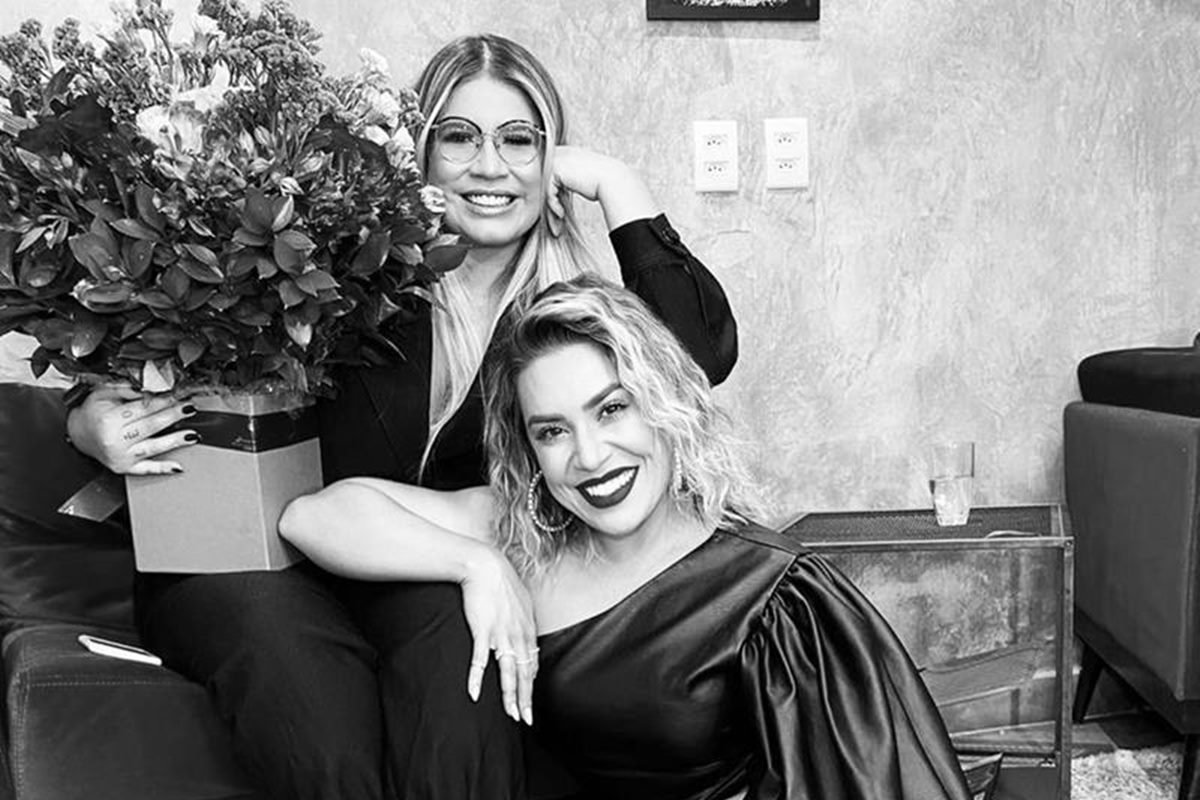 Marília Mendonça’s family officially authorized Naiara Azevedo to release the original version of the song 50%, recorded in September 2020. The version made during the newly released DVD by Naiara will not be authorized. The LeoDias column now clarifies what, in fact, caused discomfort to Mrs. Ruth Dias and João, Marília’s mother and brother.

In contact with Robson Cunha, the family’s lawyer, it was clarified that the whole upset was due to the fact that Naiara Azevedo’s team had “altered the original videophonogram without consulting them first”.

Both Dona Ruth and João clarify that they were never opposed to the release of the original clip recorded with Marília, but to the new recording, which took place on December 19, 2021, after the singer’s death. For them there was an “appellative tone and different from what they intend to pass on to Marília’s fans, which is an image of a hardworking, strong woman who, even in the face of adversity, sought the positive way of things”.

In fact, this is Dona Ruth’s clear position on Marília’s memory. “She defends and supports the tributes to Marília, but that they do not turn this into appealing situations of sensationalism”, says Robson Cunha.

Even in the most difficult moments, such as Marília’s wake, Dona Ruth appeared centered and contained in her immense pain, as this had always been Marília’s wish.

In the new material recorded for the DVD, Naiara gets emotional when she sees Marília’s image on the screen and starts crying. Dona Ruth does not want her daughter’s image to be associated with suffering, sadness or any feeling of pain.

Lawyer Robson Cunha emphasizes that Dona Ruth will not prevent the release of any work recorded by Marília during her lifetime. And this is evident, but that all interested parties seek the family for the appropriate releases, as it is exclusively up to Mrs. Ruth to deal with any and all matters related to Marília Mendonça.

The lawyer clarifies that the production of Naiara Azevedo understood and agreed with the considerations of Marília’s family and agrees to respect what was done with Marília in life instead of the new recorded version. The parties are already talking to define a better date for the release.

After Marília’s death, on November 5, 2021, the following feats were released with the singer: Calculista, with Dom Vittor and Gustavo, and Mal Feito, with Hugo and Guilherme.

Vai lá em Casa Hoje, with George Henrique and Rodrigo, was released a few days before Marília’s death and ranked first on Spotify.

Other feats from Marília are still planned, with Lucas Lucco, Ludmilla, Guilherme and Santiago and Zezé Di Camargo.

Tv specialist. Falls down a lot. Typical troublemaker. Hipster-friendly advocate. Food fan.
Previous Neymar invests more than US$ 1.1 million in two NFTs
Next Bolsonaro’s friend confirms ‘crack’, but denies it after phone call from the president