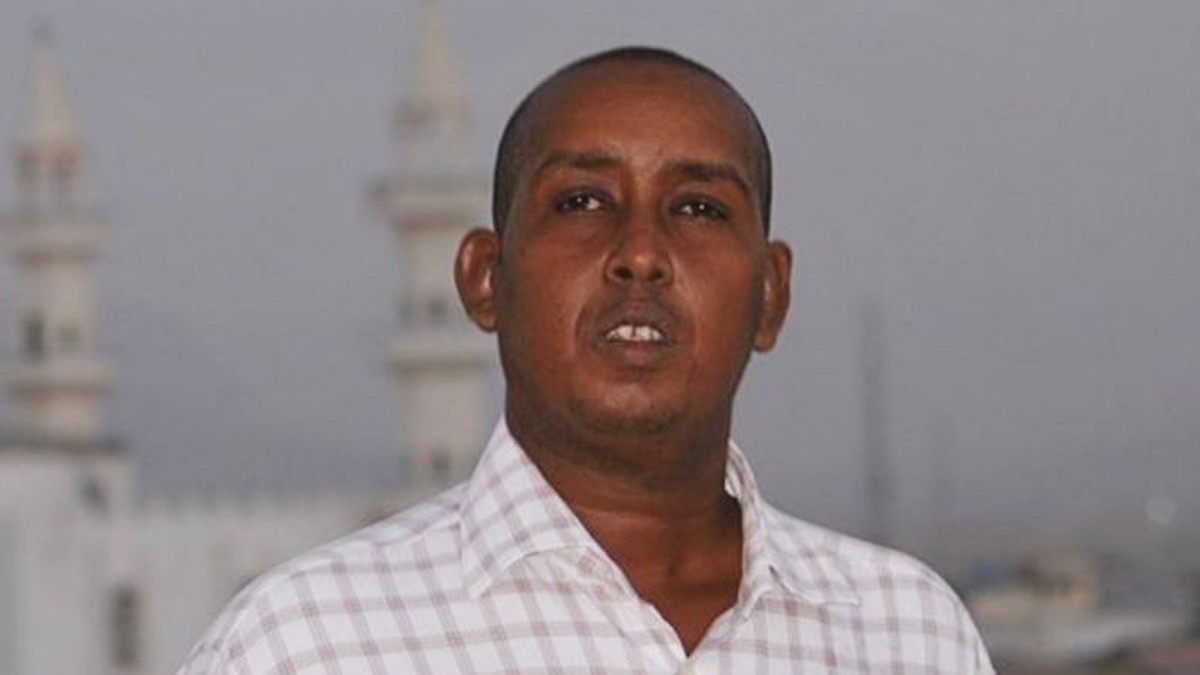 A suicide bombing on Sunday in the Somali capital Mogadishu targeted a man who had survived four previous attacks. BBC World Service Africa editor Mary Harper reflects on why Mohamed Moalimu, who is now recovering in hospital, continues to face the challenge of living in a city ravaged by violence.

My phone has a list of essential information that I keep written down. Right near the top, above my passport and bank account number, is the name Moalimu, the number 16.5, and the remarks: “likes blue and white patterns”.

This is the shirt size and favorite colors of my dear friend Mohamed Ibrahim Moalimu, who worked as a BBC reporter in Somalia and is now a government spokesman.

Whenever I go to Mogadishu I take shirts to Moalimu as a gift.

I love going to Jermyn Street in London, the Mecca of stylish men’s clothing. I sift through the dozens and dozens of colors, patterns, and designs, looking for the right thing. I actually have two of these shirts waiting in my suitcase for the next time I go to Somalia.

The problem is that Moalimu might not be there. He is hospitalized in Turkey, where he was taken by plane. It was not easy to maneuver the stretcher he was lying on into the small aircraft.

On Sunday, Moalimu was hit by a suicide attack for the fifth time. This time he was the direct target.

A suicide bomber ran towards his car and detonated the explosives when he reached the spot where Moalimu was sitting. The extremist group al-Shabab, which has fought the Somali government for years, claimed responsibility for the attack.

There is little left of the attacker. The car was in pieces. I don’t understand how Moalimu survived. He broke a leg, was left with chest wounds and bruises elsewhere on his body, but he is conscious and lucid.

If you met Moalimu, the first thing you would probably notice would be the terrible scars on his face. He obtained them in 2016, in the second suicide attack he was a victim of.

He was at his favorite beachside restaurant. Fighters from the militant Islamist group al-Shabab stormed the beach, besieging the site for hours. Moalimu survived lying in his own blood, pretending to be dead.

He told me how the militants kicked people’s bodies to make sure they were dead, shooting at those who moved.

It took months of treatment in Somalia, Kenya and the UK to cure him. Her main fear was that something would happen to her children.

It is difficult to relate Moalimu’s character to the dangerous world he lives in and from which he refuses to leave. He is kind, soft-spoken and calm.

Mogadishu, and many of the people in the city, are agitated, noisy and anxious. Not surprising given that the city has been at war for over three decades.

I was in Mogadishu shortly after Moalimu was the victim of a first suicide attack. It was in June 2013 when al-Shabab raided a United Nations compound in the city, spending about an hour inside the buildings killing as many people as they could.

Moalimu was passing by when the militants attacked. The remains of a suicide bomber fell into his car, shattering the windshield.

In his usual polite and unassuming manner, Moalimu showed me his windshield, which was completely dented. He took a horrible photo of his car after the attack.

He asked if I thought the BBC could pay for the windshield repair. After all, he was working at the time. Writing, as he did so often, about the violence in his hometown.

There’s no way the BBC can cover what happens in Somalia without people like Moalimu.

He now works as a government spokesman, but when he was at the BBC, in addition to publishing his stories, Moalimu was always ready to explain what was going on.

To this day, whenever I call him, he starts with a list of exactly what happened that day – the murders, the explosions, the political struggles.

He does this even when the purpose of my call is to ask what kind of shirt I should bring him.

People look at wrecked vehicles at the scene of an explosion near the airport in Mogadishu, the capital of Somalia, in January 2022 (Photo: Feisal Omar/Reuters)

When Moalimu was my colleague at the BBC, he and one other person were the only ones I called before I went to Somalia.

I entrusted my life to Moalimu. He was one of the unsung heroes of my profession.

I find it difficult to understand why journalism clings to the name of a glorious and courageous reporter, when there are often many others involved.

The producer, the cameraman, the sound technician and, perhaps most important of all, the “local” journalist, sometimes called the “fixer”, who knows pretty much everything and on whom the crew depends almost entirely.

Moalimu was one of those people, as were several other Somali journalists I work with who also risk their lives every day.

After he left journalism, I told Moalimu how disappointed I was when he became the government spokesman. How could such a fair and honest journalist join the “other side”?

As always, his answer was precise: “I want to make a difference. I couldn’t do that as a journalist. I need to work within the system. I want to be a parliamentarian and this is my first step towards that.”

After he took his new job, I had to develop a more formal relationship with him.

Their shirts also became more formal. They are stiff and white, for now he has to wear them with elegant suits.

But whenever I walk down Jermyn Street, I think of the joy of picking out shirts for him, trying to match colors and patterns with his serene, gentle character.

In the video below, the record of one of the car bomb attacks near the presidential palace in Somalia.