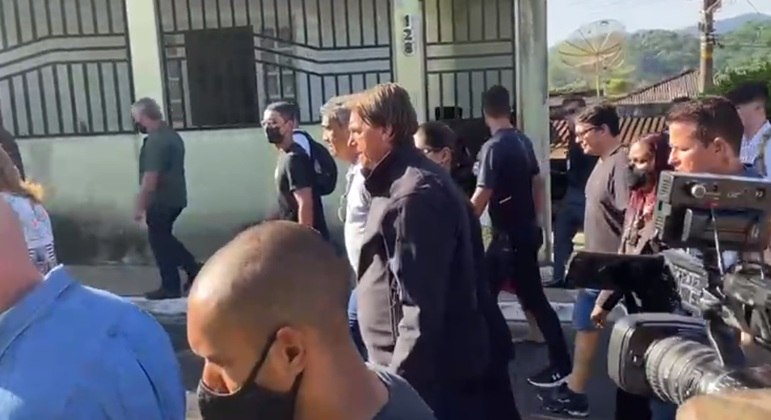 Abhishek Pratap January 23, 2022 News Comments Off on Bolsonaro returns to Brasilia after going to his mother’s funeral in SP 27 Views

President Jair Bolsonaro (PL) arrived in Brasília at 2 pm this Saturday (22) after attending the funeral of his mother, in Eldorado, in Vale do Ribeira, São Paulo, this Friday (21). After disembarking at the Brasília Air Base, the president went to Palácio da Alvorada.

The president’s mother, Olinda Bolsonaro, 94, died in the early hours of this Friday, when the president was in Suriname, as part of the official trip to the country and then to Guyana, where he would deal with cooperation agreements in the areas oil and gas and bilateral trade between the two countries.

According to investigation by reporter Fernanda Burger, from Record TV, Olinda was diagnosed with a urinary tract infection and had been hospitalized since Monday (17) due to dehydration. She couldn’t resist two cardiac arrests.

At the funeral, the president was accompanied by the first lady, Michelle Bolsonaro, her son Jair Renan, senator Flávio Bolsonaro (PL-RJ), and Flávio’s wife, Fernanda.

After saying goodbye to his mother, the president decided to spend the night in Eldorado, in the house where Mrs. Olinda lived, and only return this Saturday to Brasília. The official agenda of the Presidency records that the Chief Executive has no official appointments this weekend.