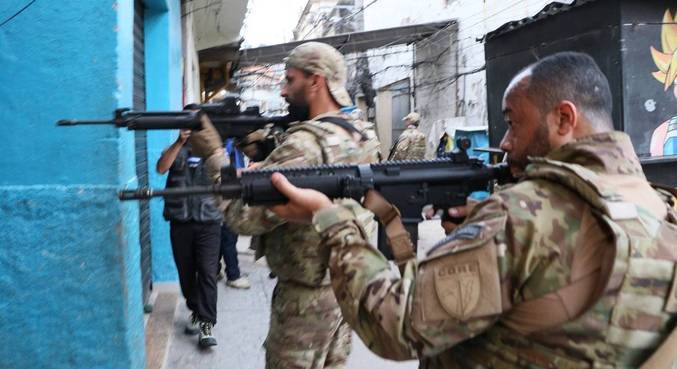 Abhishek Pratap January 23, 2022 News Comments Off on ‘It is not a pacification project’, says Castro about Integrated City – News 29 Views

Governor Cláudio Castro presented, this Saturday (22), the Integrated City program, which started this week with operations in the communities of Jacarezinho, in the north zone, and in Muzema, in the west zone of Rio. According to him, the idea of ​​the project is not pacify, but retake the spaces dominated by organized crime. The initial investment for the project is R$ 500 million.

“This is not a pacification program, it is a project to reclaim the territory and hand over that territory to the people of the communities. These spaces do not belong to drug trafficking, militia or police, but to residents,” he said during a press conference.

The action on Wednesday (19) was carried out by 1,300 military and civilian police officers and, according to the police secretariats, there were no clashes. In all, 38 people were arrested.

According to Castro, there should be no further actions to reclaim communities before the project is fully operational in these first two favelas.

One of the points of the project is the restructuring of the citizen assistance centers, which will be the gateway to services in the communities. On Monday (24), the spaces are already starting to be renovated.

“In every community we go to, people ask for this service. It was a job that got out of hand.”

The centers are part of the social axis of the project, which also includes works focused on infrastructure, transparency, economy, dialogue/governance and security.

Still on the social axis, the idea is to create projects aimed at women, the elderly and children. Desenvolvimento Mulher should promote training for residents aged between 16 and 30, who will also receive a monthly allowance of R$ 300.

The program for young people should offer courses in video game development and digital inclusion. For seniors, recreational activities, psychological care and entertainment will be available.

On the economic front, communities must receive agencies with a line of credit from the Supera RJ program. According to the governor, this is one of the main actions to combat loan sharking practiced by the militia.

Assistance will also be implemented for the purchase of gas cylinders and regularization of TV and internet services, other arms exploited by criminal organizations. Studies must be submitted within one month.

Investments in water distribution and sewage treatment, in addition to the regularization and repair of housing in the communities, are part of the focus of the infrastructure area.

The government created a Governance Committee, which will be made up of three nuclei formed by secretariats and bodies that will dialogue with the communities and monitor the actions.

One of the planned actions is the creation of an integrated council of residents and public servants to discuss public policies.

Monitoring of actions will be carried out by the ISP (Institute of Public Security), Uerj (University of the State of Rio de Janeiro) and the Planning and Management Secretariat.

According to Castro, one of the main measures is to redefine the distribution of Military Police battalions in the project’s areas of operation, in addition to the use of portable cameras during policing in the communities.

In Jacarezinho, the idea is to create a battalion that serves not only the community, but the entire Jacaré neighborhood, with a budget of R$ 18 million.

“To put an end to this idea of ​​the UPP, which only focuses on the community, and to understand the community as the rest of the whole neighborhood.”