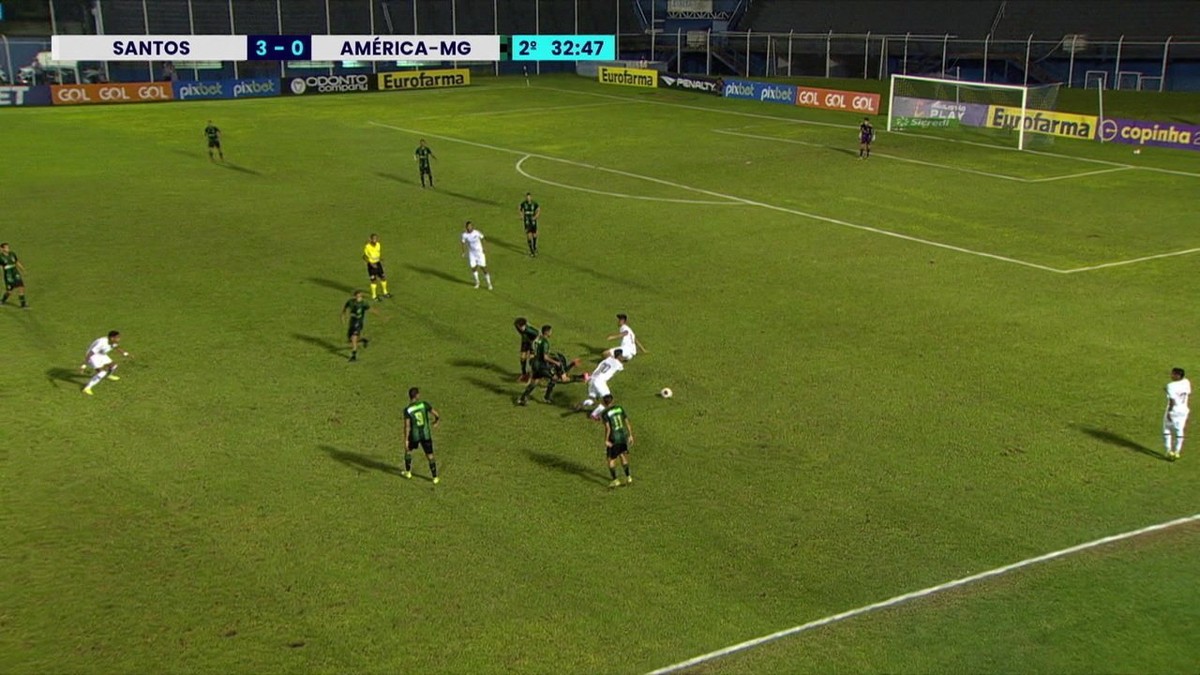 Abhishek Pratap January 23, 2022 News Comments Off on Lucas Barbosa misses Santos in the Copinha final and laments: “This has never happened to me” | saints 47 Views

Santos will not have, in its sixth final of Copa São Paulo de Futebol Júnior, one of its main players this edition.

Decisive in the semifinal against América-MG, Lucas Barbosa received his second yellow card in this Copinha last Friday night and is suspended for the decision against São Paulo or Palmeiras, who face each other this Saturday.

Lucas Barbosa will be an important absence for Santos. The shirt 11 scored two of the three goals in the 3-0 victory over América-MG, at Anacleto Campanella. In addition, he has four other goals in Copinha and is one of Peixe’s top scorers.

– Wonderful feeling to score with this shirt, I’m very happy to have helped my team with these two very important goals. This has never happened to me before, it will be something unheard of (losing a game through suspension). I hope it’s a very happy morning for us – Lucas said.

The likely replacement for Lucas Barbosa in the decision, which will be played on the 25th, still in an undefined place, is midfielder Fernandinho. The boy has also been used by coach Elder Campos, but has not been a starter.

In addition to Lucas Barbosa, Santos will not have the right-back Sandro Perpétuo again, with a thigh injury. Andrey Quintino, then, who started against América-MG, should once again start playing the decision.

Santos is waiting for the winner of Palmeiras and São Paulo to also know if they will be home or away in the final, because of the campaign adding up all the phases. The only chance for Peixe to play alongside his fans is if Palmeiras passes the rival in a penalty shootout. In the face of any other result, Alvinegro will be visiting.