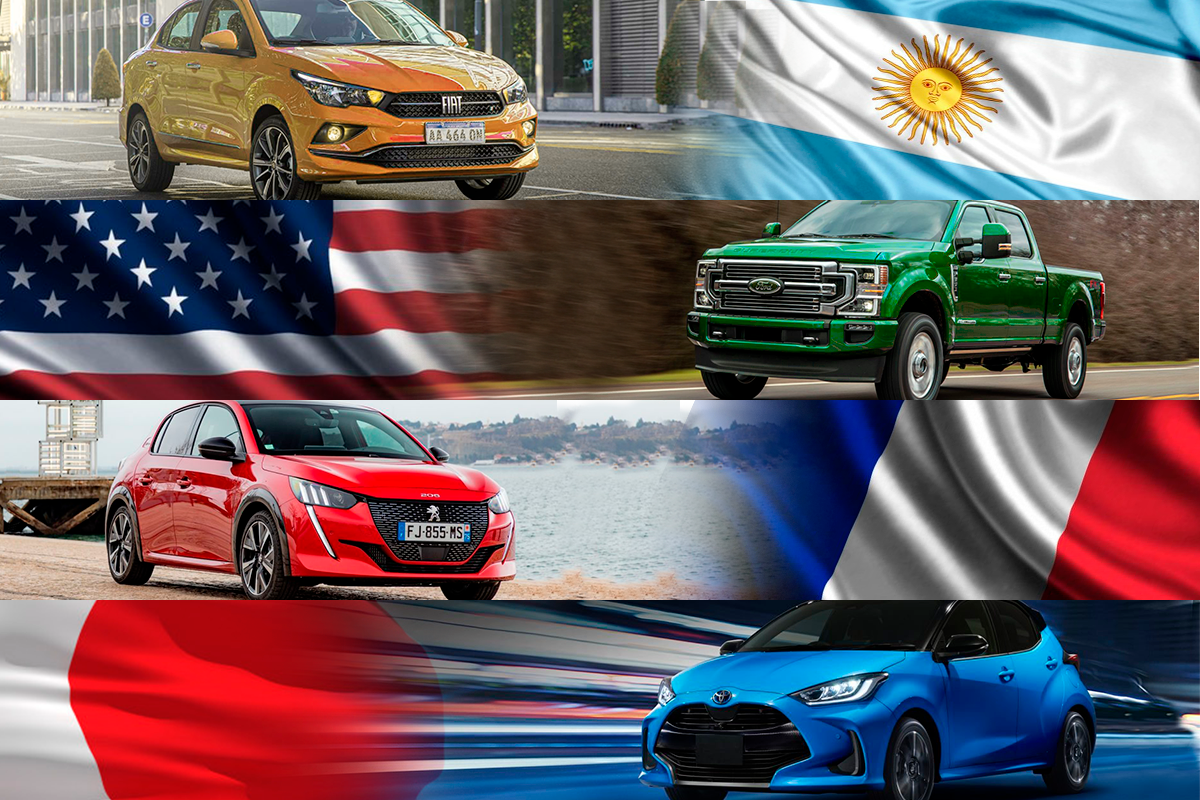 meet the champions in 10 countries

Yadunandan Singh January 23, 2022 Business Comments Off on meet the champions in 10 countries 25 Views

You already know the results of the Brazilian car market over the past year: Fiat Strada was the leader, followed by Hyundai HB20 and Fiat Argo, in that order. But what about in other countries, what were the best-selling cars of 2021?

THE Auto Chat clarifies this doubt with a list of the best selling cars of 2021 in 10 countries, based on information from Motor1 Argentina. The relationship brings markets from different continents, with very different and even surprising results. Check out!

The “hermanos” have a long-standing fondness for sedans. Models such as Chevrolet Classic and Fiat Duna (better known as Prêmio here in Brazil) are some of the former leaders of the local market. Last year, Fiat Cronos honored this tradition and was the darling of consumers in the neighboring country, totaling 37,435 license plates.

Apparently, Mexicans like sedans too. After all, the Nissan Versa occupied the first place in the ranking of best-selling cars in the country in 2021, with 69,775 units sold. It is from there, even, that the model comes to Brazil, via importation.

Another that honored the traditions was the Ford F Series. This line of pickups has been leading the American market for years, and it was no different in 2021. , F-350 and F-450, won the streets of the country last year.

The Volkswagen Golf has also been a market leader for years in its homeland. Last year, consumers maintained their preference and purchased 91,621 units of the medium hatch. It is worth remembering that Germany is the largest vehicle market in Europe.

The second largest European market, France also has a domestic brand model as the leader: it is the Peugeot 208, which totaled 88,037 registrations. The model surpassed arch-rival Renault Clio by a very narrow margin in the ranking of the best-selling cars of 2021: only 2,667 units separated the two models.

Watch the video and find out what Boris Feldman thought of the new Peugeot 208:

In Italy, another local brand car was sales pointer. And by a large margin: the Fiat Panda, a kind of “rich cousin” of the Uno (which, incidentally, was recently discontinued in Brazil), conquered 112,298 buyers last year. Are European drivers parochial? Imagine, of course not…

Since 2016, the Fiat Egea has been the leader among Turkey’s best-selling cars in 2021. Last year, the model remained at the top with a total of 49,698 units sold. You do not know him? For it is simply the current European Type, renamed for the local market.

Lada has a lot of strength in the Russian market. In 2020, the brand led the country’s sales with the Granta, but this year this model took the second position. The one who settled on the top step of the podium was “brother” Vesta, who sold 113,698 copies over the last 12 months.

Ever heard of the Toyota Avanza? Then know that it is a minivan based on the Etios architecture. The proposal is to offer space for seven occupants without weighing too much on the price (a proposal similar to that of the national Chevrolet Spin). Another information is that the model led the Thai market last year, with 66,109 units sold.

Before you find the photo above strange, it is worth clarifying that the Japanese Toyota Yaris is very different from the Brazilian one. Simpler, the national one is similar to that sold in mainland Asian markets. In turn, the Japanese model is more sophisticated. In addition, it was the pointer among the best-selling cars in the country in 2021: it won 212,927 buyers.

Oh, and if you’re a fan of the audios of Boris, look for the Auto Chat on the main podcast platforms:

Born in 1992, Yadunandan approaches the world of video games thanks to two sacred monsters like Diablo and above all Sonic, strictly in the Sega Saturn version. Ranging between consoles and PCs, he is particularly fond of platform titles and RPGs, not disdaining all other genres and moving in the constant search for the perfect balance between narration and interactivity.
Previous Hong Kong has worsening outbreak
Next Sony Says Continuing PS4 Production Isn’t Related to a Lack of PS5 Units