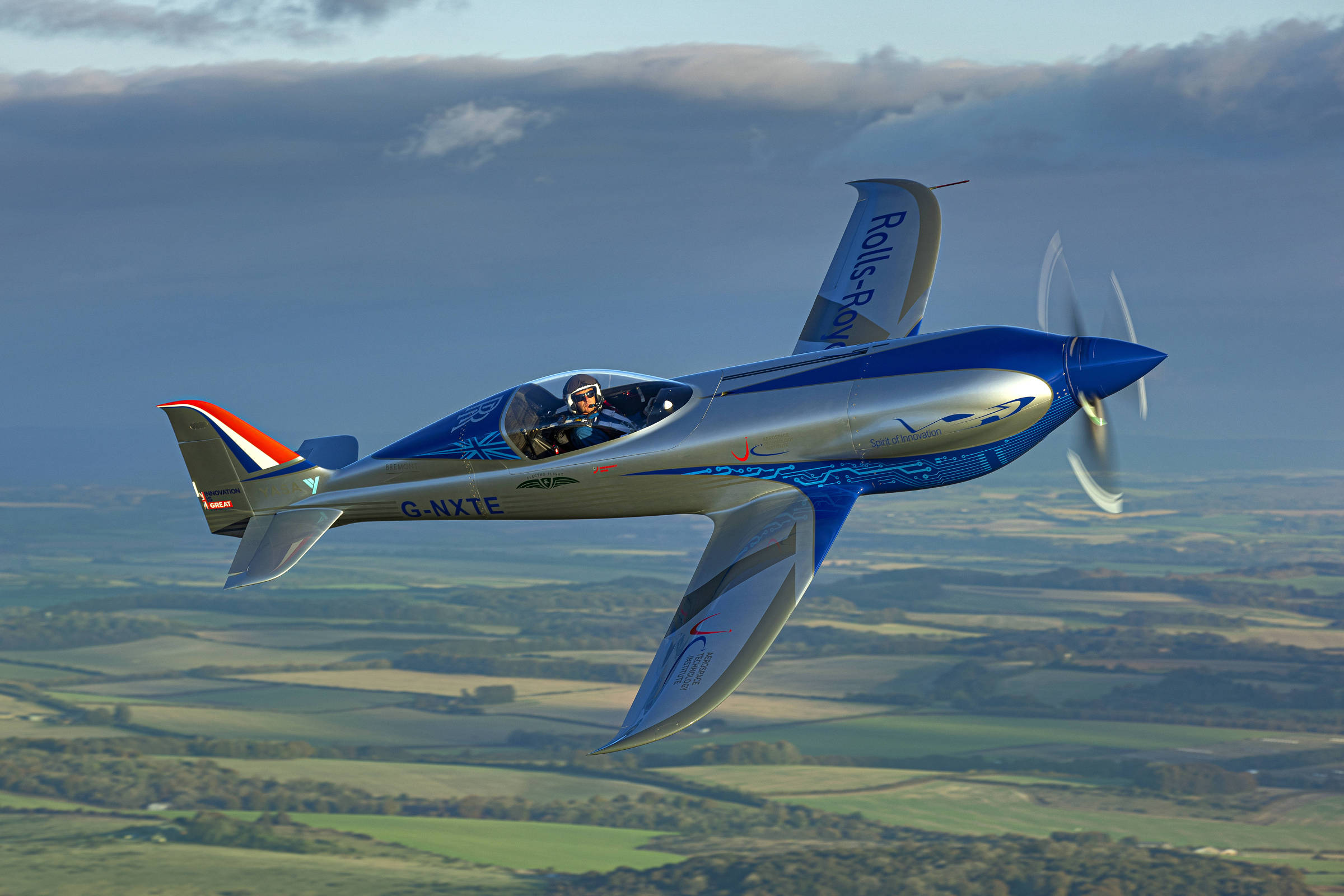 The aircraft reached 555.9 km/h for three kilometers, as verified by the Fédération Aéronautique Internationale (FAI). The plane also completed a 15-kilometer run at an average speed of 532.1 km/h, breaking the previous record.

“I would like to thank our partners and especially aviation startup Electroflight for their collaboration in achieving this pioneering breakthrough. The advanced battery and propulsion technology developed for this program has exciting applications for the air mobility market,” he said.

A third record for the fastest time to climb to 3,000 meters, which the Spirit of Innovation would have achieved in 202 seconds, is awaiting verification.

Part of Rolls-Royce’s Accelerating the Electrification of Flight (ACCEL) project, the Spirit of Innovation is an electric version of the Nemesis NXT race plane, powered by a 400 kW electric power train.

Born in 1992, Yadunandan approaches the world of video games thanks to two sacred monsters like Diablo and above all Sonic, strictly in the Sega Saturn version. Ranging between consoles and PCs, he is particularly fond of platform titles and RPGs, not disdaining all other genres and moving in the constant search for the perfect balance between narration and interactivity.
Previous Serious accident leaves eight dead on highway
Next Jessilane makes a tense confession involving Rodrigo and brother contests rival