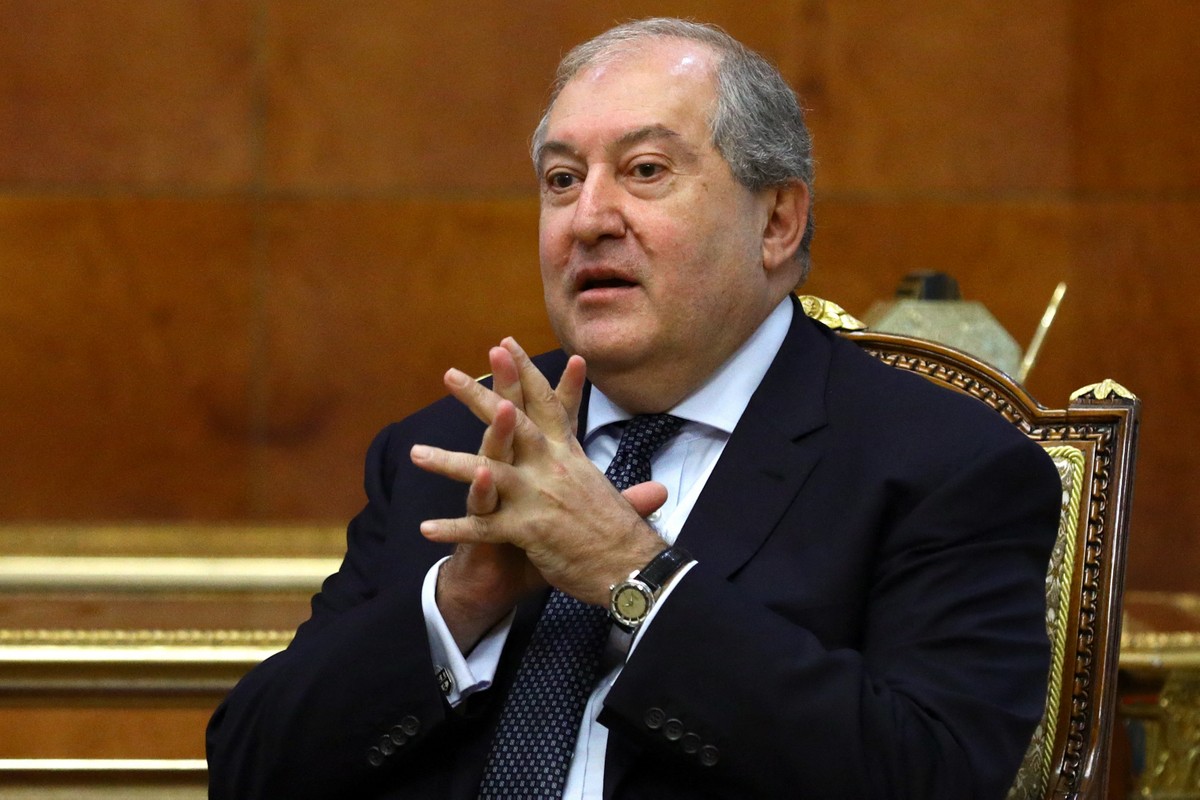 Armenian President Armen Sarkissian, whose role is protocol, announced his resignation on Sunday, claiming that his cabinet had proved incapable of influencing the country’s policy during the current crisis.

The announcement comes after a period of instability in Armenia with economic difficulties and after a bloody war with Azerbaijan for control of the Nagorno-Karabakh region.

The war, which left more than 6,000 dead, resulted in the deployment of Russian peacekeepers to the disputed region.

Armenia’s humiliating defeat in the conflict and the late 2020 loss of Nagorno-Karabakh sparked massive social protests and an internal crisis that brought Sarkissian and Prime Minister Nikol Pashinyan face to face.

“This is not an emotional decision and follows a specific logic,” Sarkissian said in a statement posted on his website.

“The president does not have the necessary tools to influence important foreign and domestic policy processes in difficult times for the people and the country,” he added.

Changes to the Constitution

At the heart of the disagreement is the decision to dismiss the army chief of staff. Sarkissian rejected signing Pashinyan’s order for the resignation, a blow to the criticized prime minister.

The head of state argued that the crisis in Armenia could not be ended with frequent personnel changes in the country’s leadership structures.

This Sunday Sarkissian denounced “a reality in which the president cannot veto laws that he considers bad for the people and the country”.

“I hope that constitutional changes can be implemented and that the next president and presidential administration can operate in a more balanced environment,” the statement added.

Armenia’s constitution stipulates that the parliament, controlled by parties that support Sarkissian, must organize a vote to choose the next president within 35 days.

Former professor of physics, Armen Sarkissian, born in 1953 in Yerevan, the capital, was prime minister from 1996 to 1997, before serving as ambassador to the United Kingdom. He was elected president in March 2018.

The announcement of his resignation came shortly after a visit to the United Arab Emirates, after which his office said it would take time off for medical examinations, without elaborating.

Since the dismantling of the Soviet Union, the Armenian economy has struggled. Money sent by the Armenian community abroad has contributed to the construction of schools, churches and other infrastructure projects, including in Nagorno-Karabakh.

THE country has a large diaspora and politically powerful that spread across the world after the Ottoman-era massacres, and is now estimated at 10 million peoples, mainly in Russia, the United States and France.

Food maven. Unapologetic travel fanatic. MCU's fan. Infuriatingly humble creator. Award-winning pop culture ninja.
Previous BBB 22: Jade and Natália are the most voted and go to the back and forth test – 01/24/2022
Next Scooby asks if he can vote for himself on the wall