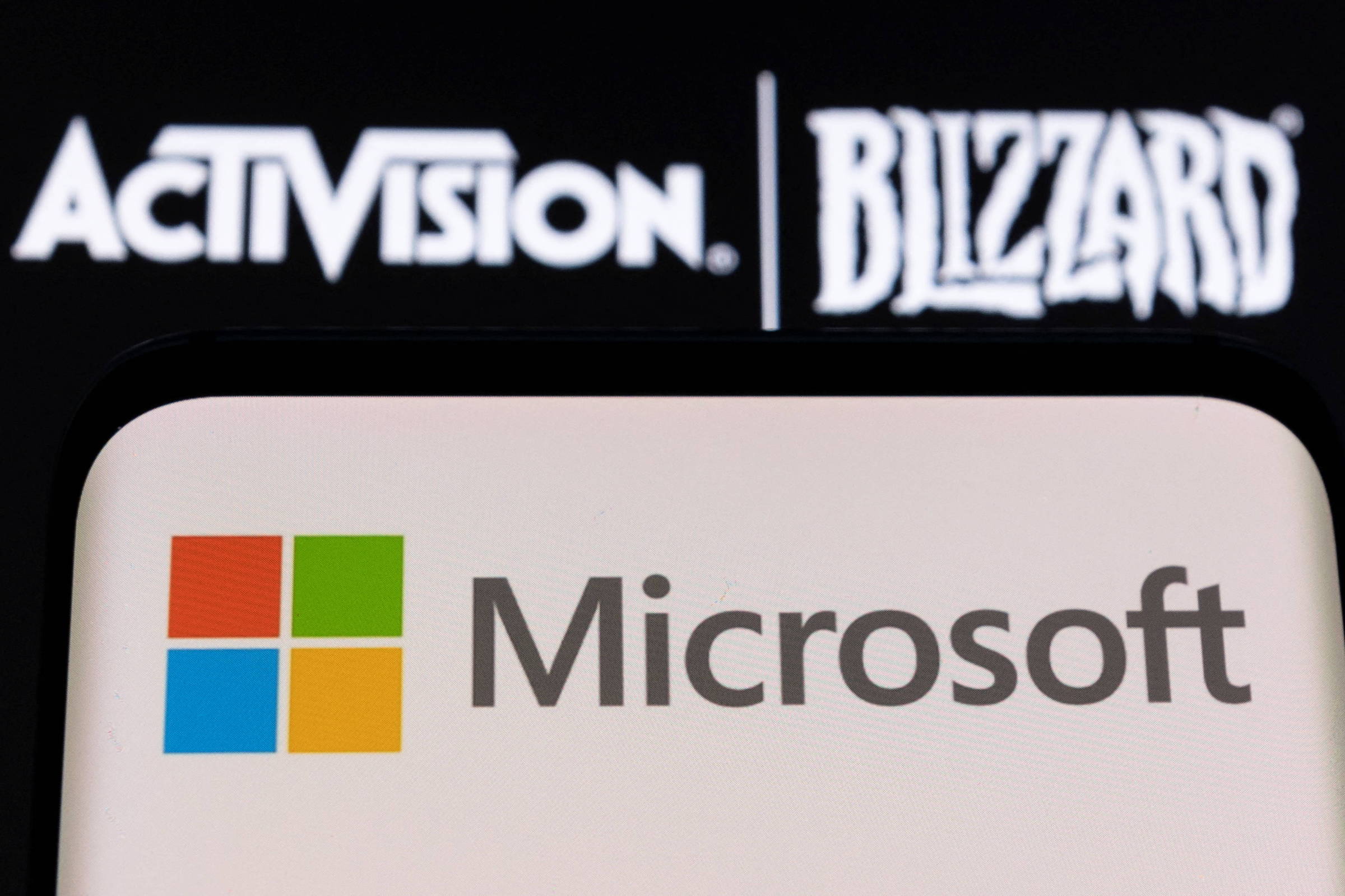 Microsoft’s audacious $75 billion move by game publisher Activision Blizzard set off a bombshell in the video game industry. In addition to the size of the proposed deal, the prospect of a tech giant valued at more than $2 trillion (approximately R$11 trillion) taking the lead in the games industry has sparked intense speculation about whether this will trigger an overall realignment in the industry.

According to some, the deal, announced on Tuesday, will greatly enhance the forces that have already reshaped the industry in recent years, including game streaming, leading to the creation of ever-larger empires.

The enormous size of the gaming audience today, which already outnumbers other forms of mass entertainment, favors companies that have the ability to form and manage giant online businesses to spread their costs, according to Bing Gordon, a former video game executive and venture capitalist.

“The new critical mass is greater than ever,” he said. Comparing the mounting pressures in the gaming industry to the video streaming wars that are reshaping the TV and movie businesses, he added, “Someone is going to build a gaming service with hundreds of millions of subscribers.”

Meanwhile, Satya Nadella, Microsoft’s chief executive, called the planned acquisition a step towards the metaverse – the name given to the virtual worlds that some of the biggest tech companies say will be the internet’s next great achievement. Video games have come to be seen as a pathway to these more immersive online worlds.

The biggest tech companies have powerful incentives to take the next step and develop full game operations, said media consultant Michael Wolf. “Each of these companies knows that gaming is going to be an area of ​​growth, and that ties more broadly to their ambitions in the metaverse.”

With virtual gaming worlds expanding to become places where players can shop or watch movies, “everything you do in the real world you can do within games,” added Wolf.

If he is right, games should be an important battleground for technology companies that want to maintain a central role in the digital lives of billions of users.

The spasm that rippled through the stock market after the deal was announced suggested that many investors saw that something important was happening. Share prices of other major game publishers have soared on speculation that they would seek business to grow, or align themselves more with powerful game publishers, in the same way that Activision is doing with Microsoft. Sony dropped 13% on concerns it might be outclassed.

But the market shock soon subsided. Sony shares regained some of their lost ground within 24 hours, and the jump in other gaming stocks was modest compared to the price drops most had experienced as the pandemic seemed to subside.

The market’s immediate assumption that the deal would trigger a wave of consolidation is a simplistic reaction, according to an executive at one of the biggest game publishers. “You know what makes life interesting?” this person added. “It doesn’t usually work like that.”

Other industry observers suggest that the acquisition merely represents an intensification of the battle already being fought between Microsoft’s Xbox and Sony’s PlayStation, and not a harbinger of a bigger upheaval ahead. Its main impact may well be “a restart of the console wars, rather than a shift from the console wars to a more general cross-platform war,” said Pelham Smithers, a former industry analyst.

However, even if the skepticism of analysts proves correct and is not the initial weapon for a broad reshaping of the industry, Microsoft’s proposal still highlighted the growing stakes in an industry whose annual revenue of US$ 180 billion (R$ 975 billion ) in 2021 is already double that of the film industry.

Activision games like Call of Duty, World of Warcraft and Candy Crush today attract hundreds of millions of players. The most popular ones are being distributed across multiple platforms, making them available on consoles, PCs or smartphones. And its creators have found new ways to cash in on this growing audience, including through advertising, in-game purchases and subscriptions.

“Fifteen years ago, you had about 200 million players in the world, and today it’s about 2.7 billion,” said Neil Campling, a technology analyst at Mirabaud Securities. “It has become the main form of media.”
Call of Duty, Activision’s blockbuster franchise, jumped from gaming consoles and PCs to the mobile market, which grew to be as big in revenue as the console and PC businesses combined. In-game purchases by players already account for the majority of Sony’s in-game transaction revenue, according to Damian Thong, a senior analyst at Macquarie in Tokyo.

Bobby Kotick, chief executive of Activision, said in explaining the deal with Microsoft that this proliferation of platforms and new forms of distribution has made it difficult even for large companies like his to keep up with the technological requirements of the games market today.

Some of the biggest tech companies already have significant stakes in the gaming world, even if they haven’t put a lot of effort into producing games on their own. This includes Apple and Google’s mobile app stores, which are the main showcase for the largest segment of the gaming market. Amazon’s Twitch and Google’s YouTube attract a huge audience to watch video games. And through your headsets [dispositivo de visão e audição] Oculus Facebook owns most of the fledgling virtual reality market.

Meta Platforms — the name Facebook adopted to reflect its new focus on the metaverse — was one of the companies approached by Activision to see if it wanted to explore an acquisition, according to a person familiar with the conversation.

Kathryn Rudie Harrigan, a professor at Columbia University, described Microsoft’s move to Activision as a preemptive strike to take away Meta’s lead in creating the first versions of the metaverse. “Facebook stole their thunder” with its move to virtual reality, she said, so buying Activision would give Microsoft a chance to at least take a step ahead of Facebook.

The biggest tech companies also have the deepest pockets to make the big bets happening in the gaming industry today. Even for a big company like Sony, buying Activision would have been an effort, accounting for more than half of its $145 billion market cap.

On the other hand, the purchase price represented just 3% of Microsoft’s value and less than its last annual operating cash flow. That made the massive deal little more than a “protected” acquisition — albeit a sizeable one — to bolster a deal that most Microsoft investors didn’t even consider essential to the company’s future.

The deal is expected to undergo intense scrutiny by regulators, which could take 18 months — and with Google and Facebook receiving antitrust complaints from the US government, further big-tech acquisitions could now be politically impossible. Furthermore, early attempts by Google and Amazon to create their own game studios failed, putting them far behind Microsoft, which had already built a sizable game studio business in the two decades since it launched its Xbox console.

Microsoft faces strong opposition from bigger rivals in the gaming industry. Tencent, the industry-leading Chinese company with 2020 revenue of $30.6 billion, is widely regarded as a model for the future of gaming in other parts of the world, combining mobile games and apps. messaging to reach a wide audience in China. And Sony, while briefly hampered by news of the Activision deal, has also invested in mobile games and is working on a subscription service, looking to extend its reach into new markets.

As the biggest game companies today vie for positions, the most immediate impact of Microsoft’s business will be felt in the console market. After losing in terms of sales and users to Sony’s PlayStation in the last two generations of game consoles, the purchase of Activision could increase your access to exclusive games that help increase console sales.

Recent production woes that have crippled the PlayStation may have given Microsoft an extra incentive to grab hold of Activision as it tries to overtake its longtime rival, in Smithers’ opinion.

In that case, it would reinforce the opportunistic nature of the acquisition. Activision’s struggles to overcome widespread allegations of sexual harassment in the workplace hurt its share price and led to calls for a change in leadership last year, paving the way for Microsoft’s bid.

While console rivalry provides a strong incentive for the acquisition, it is in newer and growing markets where the deal’s impact could be felt most keenly. Increasing exclusive content could boost Microsoft’s subscription service, Game Pass, which already has 25 million customers. And, according to Nadella, the deal would put Microsoft in a stronger position to deliver mobile games in emerging countries, opening up huge new markets.

For now, at least, Microsoft has tried to quell speculation that the pursuit of new services and audiences will lead to it retaining exclusivity on more Activision games — in the process, barring them to rival platforms. Phil Spencer, head of its games business, tweeted this week that he had personally assured Sony executives of “Microsoft’s desire to keep Call of Duty on PlayStation.”

Given the scrutiny of regulatory bodies, such guarantees make sense. “Activision and Microsoft do not want to create the idea among regulators that they will [formar] a closed store,” said a large and former Sony shareholder.

With the subscription business still accounting for a small part of the gaming industry’s revenue, turning Call of Duty into an exclusive to power Microsoft’s Game Pass service wouldn’t make economic sense, say financial analysts. Microsoft would have to gain 5 million subscribers to make up for the sales it would lose if it took Call of Duty off the PlayStation, estimates David Gibson, a senior analyst at MST Financial.

Considerations like these make it likely that Microsoft won’t do much to shake up the industry in the short term. But as it reaches a large new global audience, the long-term structure of the games industry appears to be at stake.