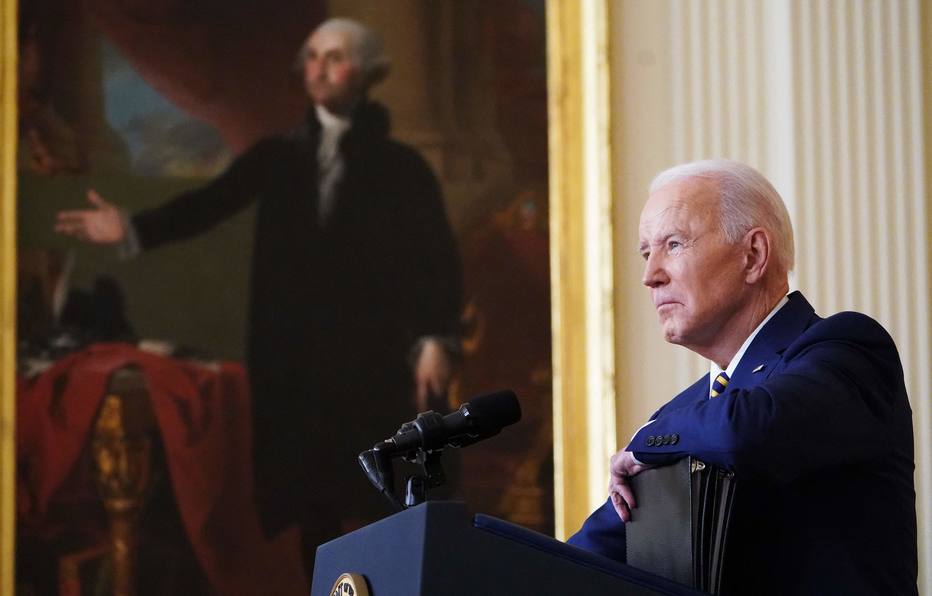 WASHINGTON – The president of the United States, Joe Biden, insulted this Monday, 24, a reporter from the TV network Fox News at the end of a photo shoot at White House, possibly unaware that the microphone was on.

As reporters left the room, a journalist from Fox News, a favorite channel for conservatives and a favorite of the former Republican president Donald Trump, asked if he thought inflation would be a political liability.

“It’s a great asset. More inflation”, he joked Biden. “What a stupid motherfucker,” muttered the president, who is facing a sharp drop in popularity, according to polls, at the start of a midterm election year in which Democrats could lose a majority in Congress. .

Here’s the hot mic moment that everyone is tweeting about. pic.twitter.com/0tSs8fesy9 — Jeremy Art (@cspanJeremy) January 24, 2022

Biden’s approval rating dropped to the lowest level of his presidency last week, according to the latest Reuters/Ipsos opinion poll. The national poll, taken between January 19 and 20, found that 43% of Americans approve of Biden’s performance in office, while 52% disapprove. The previous week’s poll had put Biden on a 45% approval rating and a 50% disapproval rating.

Monday’s tone contrasts with the usual affability of the president, who has promised to reconcile the United States and who tends to avoid Donald Trump’s excessive language.

Joe Biden was immediately bombarded with criticism from Republicans. “So presidential,” tweeted the conservative congressman sarcastically. Josh Hawley, while some of his colleagues mockingly repeated old requests for moderation made by Biden.

Known for the incisive tone of his questions, journalist Peter Doocy took the name-calling with humor. “No one has yet verified the veracity of his words,” he said on the channel where he works, minutes after the incident.

Last week, after a long press conference in which he promised to get closer to the Americans, Biden had already shown irritation. “What a stupid question,” he muttered, after being interrogated by another Fox News reporter. / AFP and REUTERS