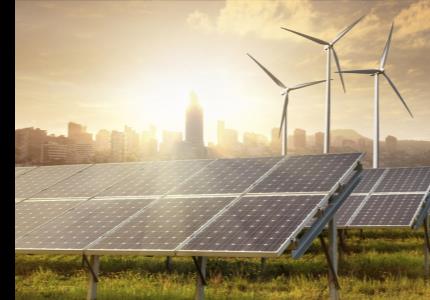 Yadunandan Singh January 25, 2022 Business Comments Off on PDE 2031 signals 75 GW of expansion in the decade 23 Views

Projection is for investments of R$ 528 billion, centralized generation should jump from 179 GW to 220 GW at the end of the period

The Ministry of Mines and Energy launched this Monday, January 24th, Public Consultation nº 119/2022, to improve the Ten-Year Energy Expansion Plan 2031. Contributions can be made until February 23, using the form available on the MME website. The PDE’s initial forecast is for investments of R$ 528 billion in electricity in the period. Centralized generation will have most of the resources, with R$ 292 billion, followed by distributed generation, with R$ 135 billion. The transmission will have 101 billion. Adding the values ​​of oil, gas and biofuels, the PDE signals investments of R$ 3.2 trillion.

In terms of generation, the PDE draft highlights that the year 2021 was marked by the water crisis that mainly affected the Southeast/Center-West subsystem. Installed capacity should jump from 200 GW in 2021 to 275 GW in 2031. Of the total, 229 GW or 83% will come from renewable sources, while 46 GW, or 17%, will come from non-renewable sources.

By source, the expansion of PDE 2031 brings an indication of 4,947 MW in UHEs, of which 4,297 MW will be obtained through the modernization of existing plants in all regions of Brazil and even more a 650 MW plant in the North region. The amount of UHEs already contracted until 2031 is only 245 MW. For SHPs and CGHs, the indicative is 2,700 MW in the Southeast/Midwest and South subsystems. The source already has 635 MW contracted in 47 plants mainly in the South, Southeast and Center-West regions. In total, the water source should decrease to less than half of the entire national electrical matrix.

In terms of natural gas, the demand for UTEs considers existing facilities, the exit of plants at the end of the contracts and the contracting of new thermal plants. On the horizon of the study, the entry into operation of UTEs Marlim Azul, GNA II, Barcarena, Ocelot, Prosperidade II, among others, is expected. UTEs winning energy auctions in 2021 are also predicted. The projection of gas demand is calculated with the sum of the projections of non-thermoelectric demand and thermoelectric demand.

At the end of the period, the ratio between the average demand and the maximum demand has increased in relation to historical values, due to the entry of UTEs with a higher percentage of inflexibility. The ten-year plan provides for two transport pipelines. one predicted in Rio de Janeiro and one indicative in Ceará. In the flow, there will be three gas pipelines, one is already planned in the Southeast and two indicative, in the Southeast and Northeast.

Born in 1992, Yadunandan approaches the world of video games thanks to two sacred monsters like Diablo and above all Sonic, strictly in the Sega Saturn version. Ranging between consoles and PCs, he is particularly fond of platform titles and RPGs, not disdaining all other genres and moving in the constant search for the perfect balance between narration and interactivity.
Previous Covid: Why WHO Says Omicron Variant Could Mean End of Pandemic in Europe | coronavirus
Next BBB 22: Laís confesses to Linn da Quebrada that she was the author of the torpedo ‘Are you single? There’s someone asking here’