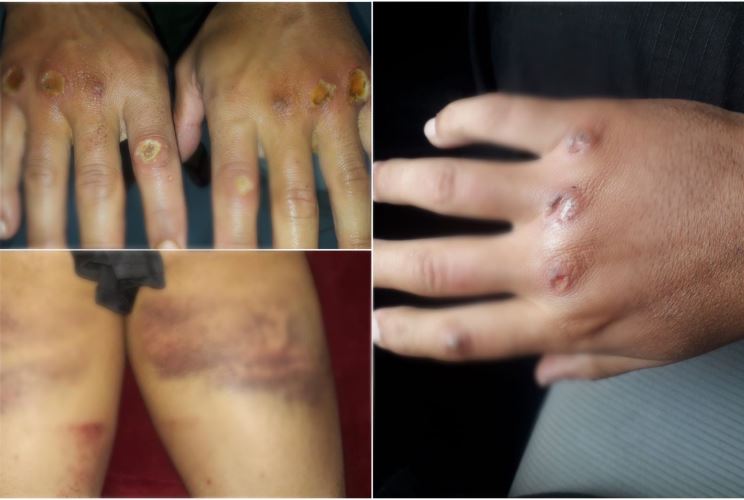 The Secretary of Justice and Public Security of Minas Gerais (Sejusp-MG) opened a procedure to investigate complaints made by the Union of Criminal Police (Sindppen) about alleged mistreatment and abuse in the Special Prison Operations Course (Copesp).

The course is in progress and is aimed at training criminal police officers able to work in the Special Operations Command (Cope), an elite group of the Criminal Police, specializing in complex events, such as riots, riots and transfers of highly dangerous prisoners.

The union released images that would be of students of the course. In the photos, you can see bruises on parts of the body, such as the buttocks and thighs, as well as bruises on the fingers.

The Sejusp Training Unit acknowledged that the bruises on the fingers could be from students, due to wrist flexions, but vehemently denied that the other bruises were caused by course activities.

“We have reports of colleagues who suffered abuse from instructors, with ropes. They were humiliated with pejorative terms. It deviated a little from the guidelines of what would be a special operations course”, he says. He mentions that the students were exposed to the rains at the beginning of the month.

“Colleagues remained wet throughout the week, with wet uniforms and backpacks”, he continues. Magno also reports lack of testing for covid-19. “No one was tested. Neither the participants nor the instructors. Reports point out that some left because they had the flu and many tested positive for covid-19”, he added.

Head of Sejusp’s Training Unit, Marco Matos says that all complaints will be investigated. However, he denies torture and aggression at Copesp. “No type of excess will be tolerated. There was no type of excess, but even so, an internal investigation has already been opened to investigate the allegations, verify any type of excess and if these photos are true.”

Regarding the photos of bruises on his fingers, he explains: “Students in this type of course are subjected to push-ups, but I make it very clear that they are there because they want to. They are volunteers and at any time they can refuse to do any kind of exercise. , they ask for termination and are not obliged to do anything”.

Regarding the complaint of lack of testing for covid-19, Marco says that a first battery of tests was carried out and no student or instructor tested positive. Five days later, on a new battery, there were positive results.

“Because of this, we quarantined everyone and suspended the course for seven days. When they returned and tested negative for covid-19, we resumed the course,” he added.