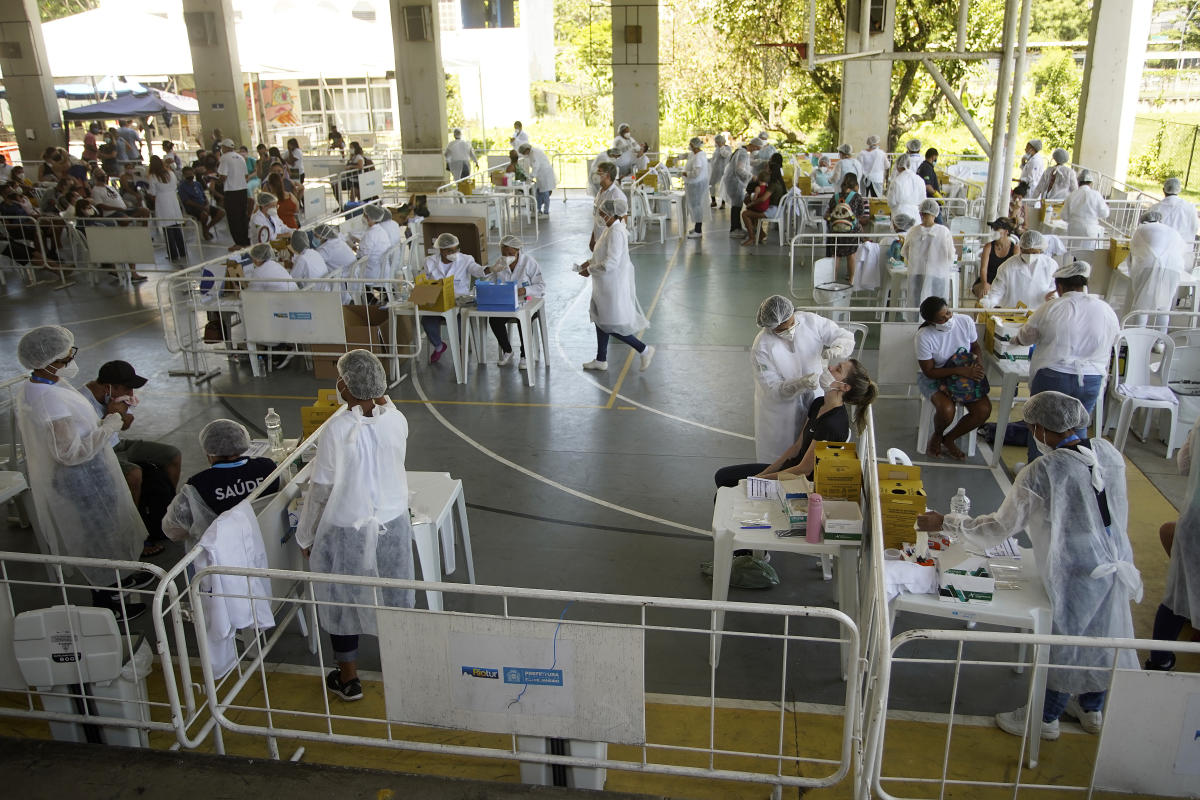 Brazil broke this Wednesday (26) a worrying mark and reached a new record of cases. For the first time since the beginning of the pandemic, more than 220 thousand new Covid-19 cases in 24 hours.

The country’s state health departments recorded a total of 224,567 infections between this Tuesday (25) and Wednesday.

With this new record, the moving average of the last seven days is also up sustained since Christmas week, and now has 159,877 cases. The number of people who died from the disease also hit the highest since November: 570 deaths.

Although much lower than in the worst moments of the pandemic, the moving average of deaths also follows the rise along with the cases, and hit 350 this Wednesday.

For infectious disease specialist and epidemiologist Marcos Boulos, we are still far from the peak of new cases. “Transmission rates are at 1.8 in São Paulo and 1.9 in Brazil, which means that we are doubling cases daily; tomorrow it will be bigger than today, and then, bigger than tomorrow”, evaluates the professor at the USP School of Medicine.

Boulos says it is difficult to calculate when exactly we will reach the maximum contamination, but that could take weeks, impacting health systems already in relative collapse:

“This variant has a very high transmissibility, leading to so many cases; encourages her to have a lower lethality, even without vaccines, but with this number of infected, we already have and will have an exaggerated demand for infirmary beds and even ICU beds”, he says.

Boulos explains that this demand strains the entire system, even for patients with other illnesses. While residents with respiratory symptoms already take 4 to 6 hours to be seen, patients with other pathologies or who are awaiting surgery have their cases postponed to prioritize the health emergency caused by the coronavirus.

At the main hospital for respiratory cases in São Paulo, in Brasilândia, the ICU occupancy is close to 96% since last week, while the infirmary beds are 90% full. The average in municipal hospitals in São Paulo is 69% and 66%, respectively.

“These data are compiled by release date; with the blackout that occurred in the Ministry of Health system for almost a month, there were many cases in December that were dammed and not counted”, he observes. For him, however, that doesn’t belie the gravity of the omicron tsunami.

“This problem does not change the fact that contamination is growing very expressively”.