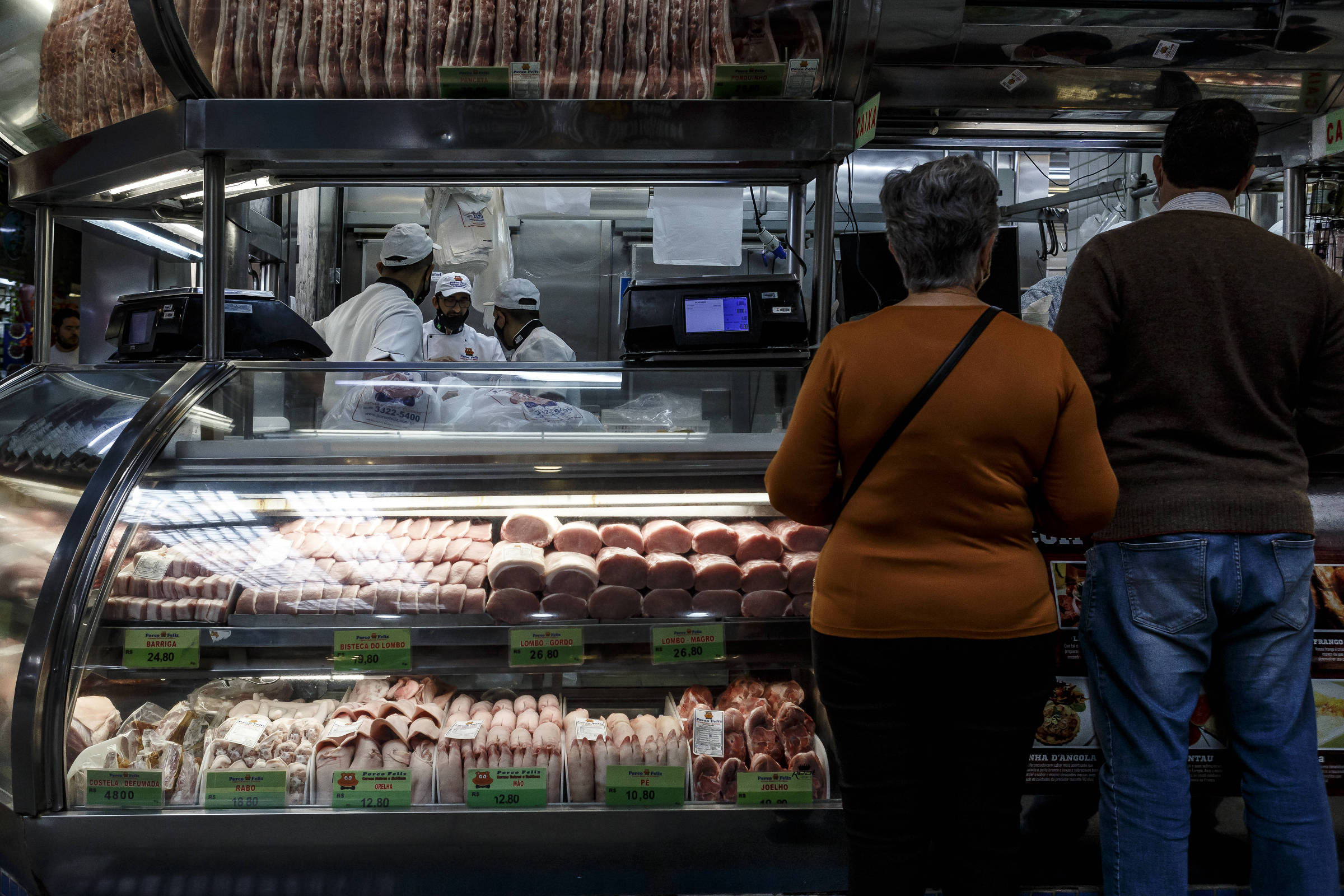 The preview of official inflation in Brazil even slowed down at the start of 2022, but remains in double digits in the 12-month period, according to data from the IPCA-15 (National Broad Consumer Price Index 15).

In January, the indicator had a variation of 0.58%, informed this Wednesday (26) the IBGE (Brazilian Institute of Geography and Statistics). The result signals a loss of breath compared to December 2021, when the high had been 0.78%.

Even with the slowdown, the January rate was above financial market expectations. Analysts consulted by the Bloomberg agency projected a smaller advance in the period, of 0.44%.

With the entry of the new data, the preview of inflation accumulated a high of 10.20% in 12 months. In this cut, analysts also expected a lower variation of 10.04%. Until December, the accumulated was 10.42%.

The official inflation index in Brazil is the IPCA (Broad Consumer Price Index), also calculated by the IBGE.

The IPCA-15, as it is released earlier, signals a price trend. Hence, it is known as a preview.

Market analysts already project a new burst of the target, the second in a row, with the IPCA above 5% in 2022.

In January, eight of the nine groups of products and services surveyed by the IBGE had price increases, according to the IPCA-15.

In the view of economist Julia Passabom, from Itaú Unibanco, the results suggest an inflation that remains “with a bad face”. “The data still show relevant shocks, with pressure on the margin”, she analyzes.

Among the groups, the biggest impact in January (0.20 percentage point) came from food and beverages. The advance was 0.97%, which means acceleration compared to the previous month (0.35%).

According to economist André Braz, a researcher at FGV Ibre (Brazilian Institute of Economics at Fundação Getulio Vargas), food inflation is one of the factors of concern at the beginning of 2022.

The alert is related to the drought that punishes crops in the South region and part of the Midwest. There is a risk that the losses will further raise food prices in the coming months, according to Braz.

“The IPCA-15 came above expectations in January. Fresh food had a large share. It is a seasonal effect, aggravated by the heat wave in the South and the rains in the Southeast”, he says.

“If there is a significant crop failure in corn, soybeans and wheat, it will complicate food inflation, with a more persistent impact on meat, because a good part of the animals is supported by corn and soybeans. Wheat is important in the production chain for pasta , breads and cookies”, he adds.

After food and beverages, the highlights in January were health and personal care (0.93%) and housing (0.62%). The segments contributed with 0.12 percentage point and 0.10 percentage point, respectively.

Transport took the opposite direction and registered the only price drop among the groups in the IPCA-15. The decline was 0.41% in January, after a strong increase of 2.31% in December.

According to Braz, Brazilian inflation, measured by the IPCA, could reach 6% in 2022, depending on risks such as the drought in the South and the recent rise in oil prices. Today, the researcher’s estimate is a high of 5.5%.

After the release of the IPCA-15, Itaú Unibanco revised upwards its IPCA forecast for 2022. The forecast increase went from 5% to 5.3%.

“The balance of risks is bullish”, points out bank economist Julia Passabom.

shocks in the pandemic

A succession of shocks seen throughout the pandemic helps explain the rise in prices in Brazil. After misaligning global production chains, the crisis continued to cause a shortage of inputs on the international market in 2021.

With the lack of raw materials and the reopening of the economy, prices became more expensive in different regions. Activities such as the automobile industry are among the most affected by the situation.

In Brazil, the pressure generated by the scarcity of inputs was intensified by the devaluation of the real against the dollar. The American currency rose amid political turmoil led by the Jair Bolsonaro (PL) government.

The high exchange rate also made fuel more expensive for Brazilians. This occurred because the dollar is taken into account by Petrobras when setting prices at refineries for items such as gasoline and diesel oil.

Inflation was still boosted by climate shocks over the past year. The water crisis that hit the country increased the costs of generating electricity and, as a consequence, the electricity bills of consumers.

In addition, the drought, combined with the record of frost, made food more expensive. In 2022, the adverse climate causes concern among economists again, with the drought in the South and in part of the Midwest.

To try to contain inflation, the BC has been raising the basic interest rate. The side effect of the higher Selic rate, currently at 9.25% per year, is to inhibit productive investments and consumption, as credit lines are more expensive.

Born in 1992, Yadunandan approaches the world of video games thanks to two sacred monsters like Diablo and above all Sonic, strictly in the Sega Saturn version. Ranging between consoles and PCs, he is particularly fond of platform titles and RPGs, not disdaining all other genres and moving in the constant search for the perfect balance between narration and interactivity.
Previous Goal at the end of the game prevents Atlético-MG’s defeat in the debut of Turco Mohamed – 01/26/2022
Next Pitty denies having posted a message to Anitta: ‘I didn’t speak about anyone’