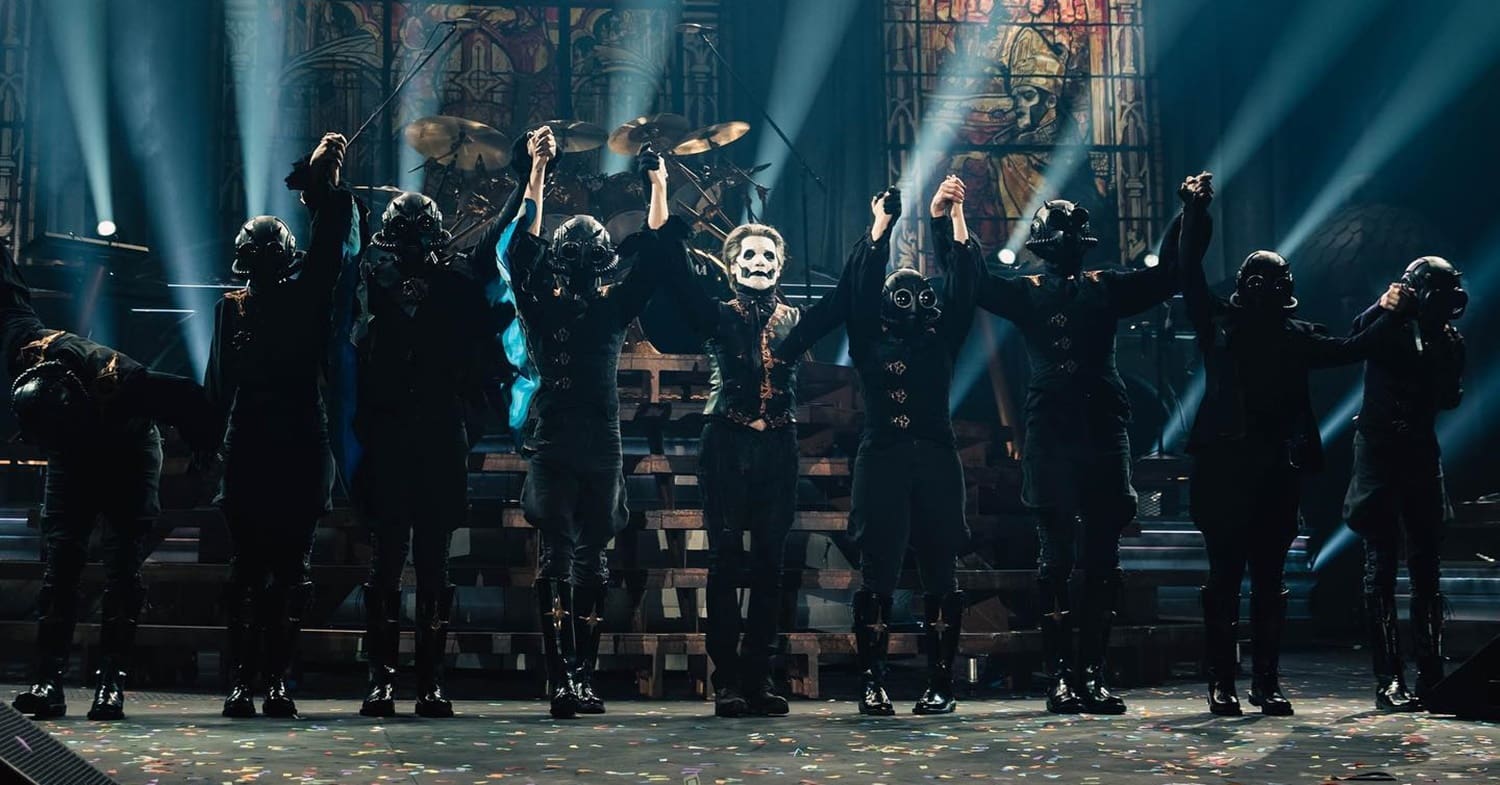 Ghost played their first show since March 2020 last Tuesday (25th). The performance was held at the Reno Events Center in Reno, Nevada, in the United States, and was part of a co-headlining tour with Volbeat. , which runs through the country until March.

The tour also doubles as a sort of “warm-up tour” for the group before releasing their new album. Entitled “Impera”, the work goes public on March 11.

The show featured a few firsts. The most notorious was the opening “Kaisarion”, which will be on “Impera” and has not yet been released as a single. The already revealed “Hunter’s Moon” and the cover of “Enter Sandman” (Metallica), featured on the tribute album “The Metallica Blacklist”, were also performed live for the first time.

Before Ghost, Volbeat also played a show marked by some new songs in their repertoire. “Temple of Ekur”, “Becoming”, “The Devil Rages On” and “The Sacred Stones”, performed for the first time, are part of “Servant of the Mind”, an album released by the band in December last year. The two bands played 16 songs each. The Twin Temple was the opening attraction.

See, below, repertoires (via Setlist.fm) and videos of Ghost and Volbeat concerts in Reno, USA.

“The Temple of Ekur”

“Last Day Under the Sun”

“The Devil Rages On”

Watch an interview with Jon Larsen, drummer for Volbeat!