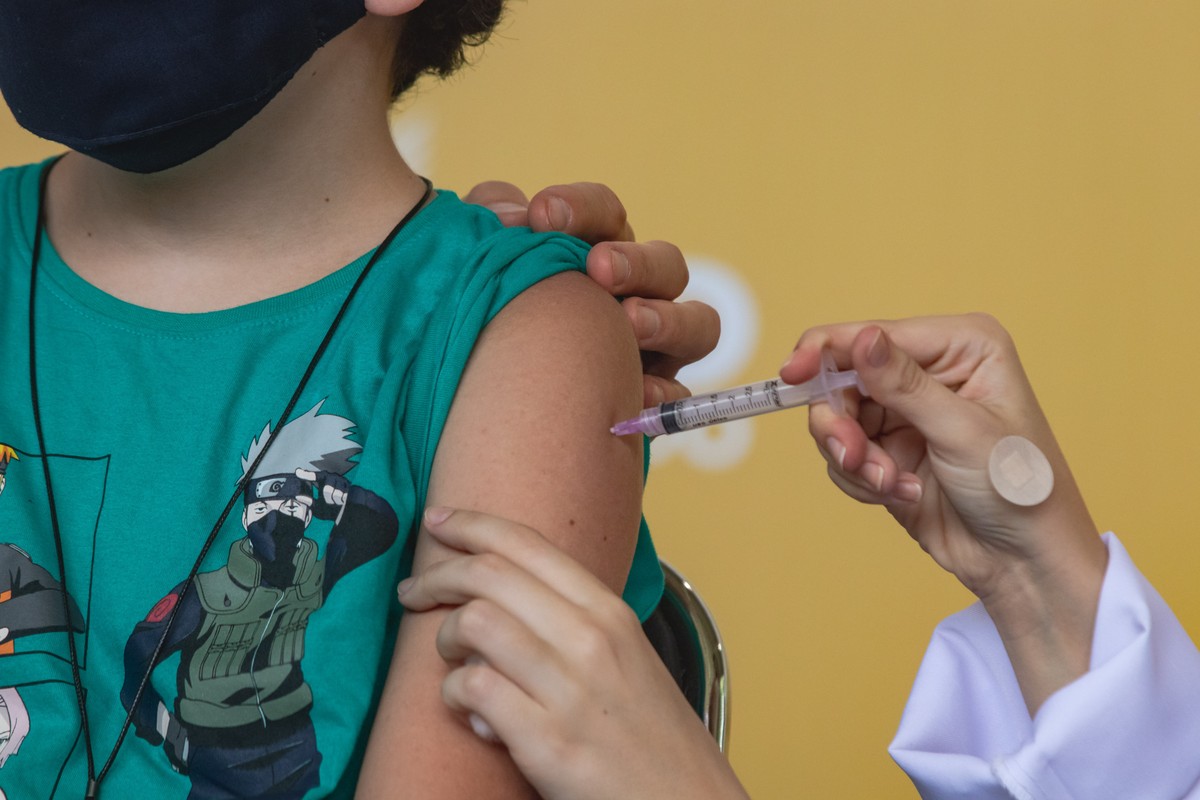 Abhishek Pratap January 29, 2022 News Comments Off on Government of São Paulo anticipates vaccination of children aged 5 to 8 years against Covid-19 for this Friday | São Paulo 31 Views

The government of São Paulo announced this Friday (28) the anticipation of vaccination of children aged 5 to 8 years against Covid-19. Previously scheduled to start only on January 31, immunization of this age group can be done at any vaccination post already from this friday (28).

According to the coordinator of the State Immunization Plan (PEI), Regiane de Paula, the anticipation will guarantee the acceleration of the campaign. So far, 820,000 doses have been administered to children in the state of São Paulo. The number corresponds to approx. 20% of the population aged 5 to 11 years.

“The measure will allow municipalities to speed up the vaccination of children, essential at this time of great circulation of the ômicron variant. More than 2 million children benefit from the new calendar throughout the state of SP. Every day is fundamental for the protection of children”, said Regiane de Paula.

Childhood vaccination in São Paulo is done with vaccines from Pfizer and Butantan/Sinovac. 5-year-olds and immunosuppressed 5- to 11-year-olds can only receive Pfizer immunizer. The others can be vaccinated with either Pfizer or Coronavac.

The Pfizer vaccine had its use in children aged 5 to 11 years authorized by Anvisa on December 16. Vaccination with this immunizer began on January 14, when 8-year-old indigenous Davi Seremramiwe Xavante was the first child to be vaccinated against Covid-19 in Brazil.

The city hall of the capital announced that it will extend the interval between the first and second doses of Coronavac to 28 days for children aged 6 to 11 years, following the guidelines of the Butantan Institute, manufacturer of the immunizer.

According to the Municipal Health Department (SMS), the Health Surveillance Coordination (Covisa) is reorienting all Basic Health Units (UBSs) so that returns are always scheduled after 28 days of the first dose, not 15 days, as was in force. before.

The interval between the first and second doses of pediatric Pfizer remains at 56 days, or eight weeks.

According to municipal management, those responsible for the children who received the card with the return to D2 after 15 days will also be guided by the Basic Health Units (UBSs) about the new 28-day interval. For adults, the interval between doses remains 15 days.

Intervals for the second dose of vaccines in the capital:

A study released by Butantan in April 2021 showed that the effectiveness of the Butantan vaccine can increase from 50.7% to 62.3% when the spacing between doses is greater than 21 days. (see more here).

WHO CAN TAKE THE ADDITIONAL DOSE AGAINST COVID?

The identification document and proof (physical or digital) of the previously received vaccine must be presented.

Videos: All about São Paulo and the metropolitan region