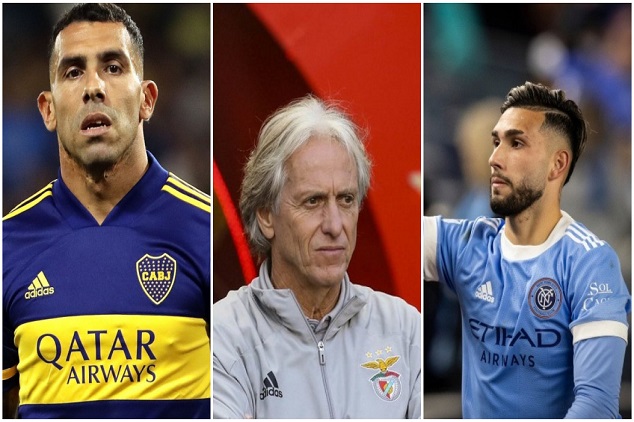 Tevez at Corinthians, Inter hat at Palmeiras, Jorge Jesus’ new club; the rumors of the day

Champion of the Brazilian Championship in 2005, Carlitos Tevez wants to return to Corinthians to play a farewell game.

“I would like to close this chapter with a press conference, and then go through Corinthians, Juventus and City to play a game, and obviously Boca Juniors to say goodbye as I dreamed,” said Tevez.

BALL MARKET: INTER WANTS TO GIVE HAT TO PALMEIRAS

According to information from Globoesporte, Palmeiras won another competitor in the negotiation for the athlete Taty Castellanos, which is Internacional. Colorado awaits a definition from another MLS player, Los Angeles FC forward Brian Rodríguez.

Pablo and Vitor Bueno no longer have a link with São Paulo. The two players terminated with Tricolor and are free on the market. But the fate of the two athletes may cross again. Athletico Paranaense is interested in signing the two.

Jorge Jesus may soon return to active duty. According to information from the newspaper Record, the professional received a proposal from football in Saudi Arabia.

The outlet also reports that the coach is “inclined” to accept the challenge. It is worth noting that Jorge Jesus has already worked in the Arab country.

Flamengo sets up strategy for Cebolinha, but already has another priority defined

Flamengo doubles the sponsorship contract and will have an astronomical uniform in 2022; see how much the club receives from each brand