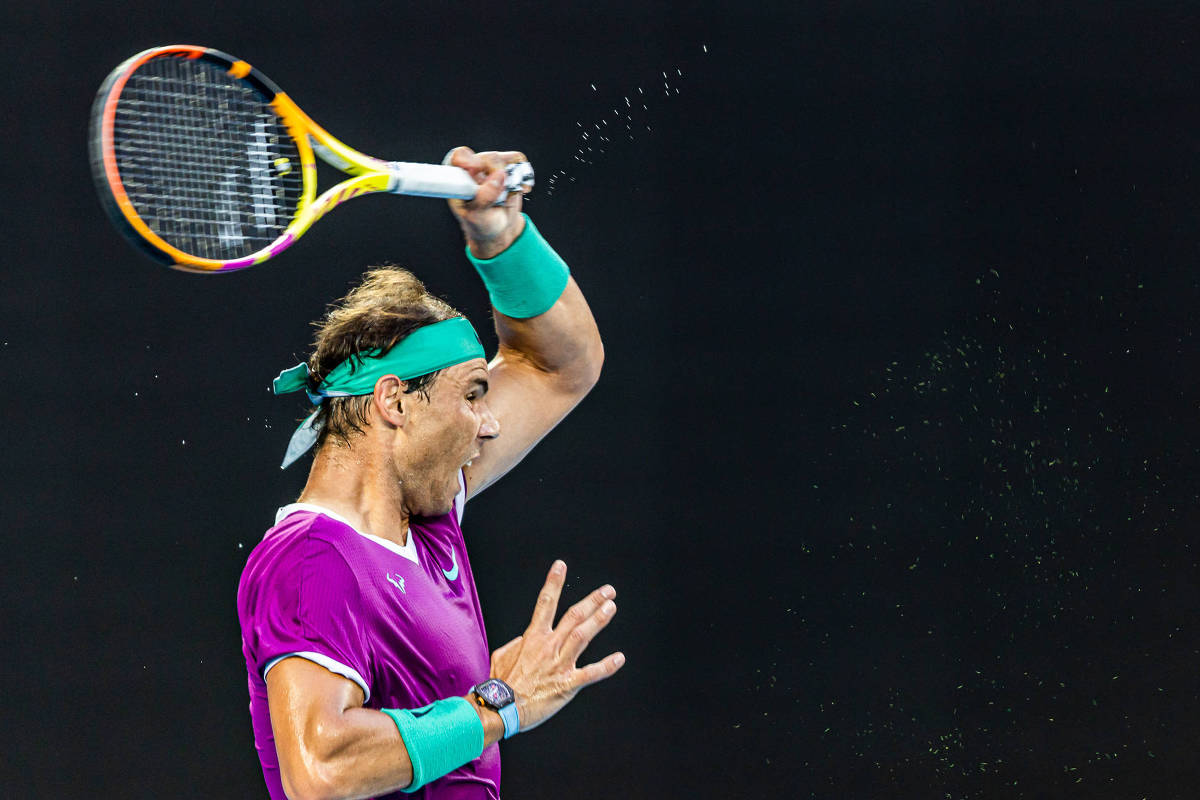 When they started to decide the Australian Open in Melbourne, the Muscovite was the favourite, second in the rankings, much less worn out.

Nadal had dehydrated and lost four kilos in the quarterfinals, in addition to having contracted Covid last December and living with a chronic problem in his left foot, responsible for the surgery that kept him away from the courts in the second half of 2021.

Medvedev was fighting for his second Grand Slam victory and Nadal for his 21st, to overcome rivals Roger Federer and Novak Djokovic to become the biggest winner in history.

Both vaccinated, unlike the great Serbian disappointment, forever nicknamed Djocovid, about whom depressing details are known every day, either because of their political preferences, always for the authoritarian ones, or because of their nebulous business.

Medvedev made it 2-0 in the game and, in the sixth game of the third set, he made it 0/40 to break the rival’s service and, probably, make the victory inevitable.

Maintaining the loot at that point served as a password for the Bull Miura to transform into an indomitable beast.

The game had started at 5:30 am in Brazil and, from then on, it was a bigger challenge than the two tennis players, just trying to sleep and leaving to see the result when waking up.

It’s simply impossible to take your eyes off the TV, also packed with the always informative, intelligent and humorous broadcast by the duo of Fernandos, Nardini and Meligeni.

After 5 hours and 24 minutes, 15,000 privileged people at the Rod Laver Arena, and who knows how many millions of people around the world, were moved by Nadal’s epic comeback, who tied the game at 2 to 2 and sought victory in the fifth set, always with more difficulty to confirm their serves than the gigantic opponent.

There were 23 aces for the Russian, against only three for the Spaniard, the last one, however, in the penultimate point of the decision. Demolisher!

Were he between us and the immortal pope of the new journalism, the American Norman Mailer, he would write another “The Fight”, the spectacular account of the decision between Muhammad Ali and George Foreman, in Zaire, in 1974, for the heavyweight belt of world boxing. .

Released in Brazil by Companhia das Letras, there are 272 historical pages about the so-called “Fight of the Century”.

Because mere mortals lack words to describe the duel between Nadal and Medvedev.

For what this poor journalist apologizes, he does not attribute the disability to the sleepless dawn, and limits himself to informing the partial ones for the rare reader and the rare reader who demand more information and less literature: 2/6, 6/7, 6/4 , 6/4 and 7/5.

After facing so many difficulties, Nadal considered the possibility of retiring: “I had six very hard months. In terms of life, I can’t complain about anything, especially in the times we are facing, with so many people dying around the world. My months were not hard at all compared to families who lost people. This is hard in life, not what I went through. But in personal terms, yes, because every day was an issue because of foot problems. I had doubts still here. I doubted would be here,” he said. What a difference for Djocovid!

Better: at the title celebration, he said he hoped to return next year.